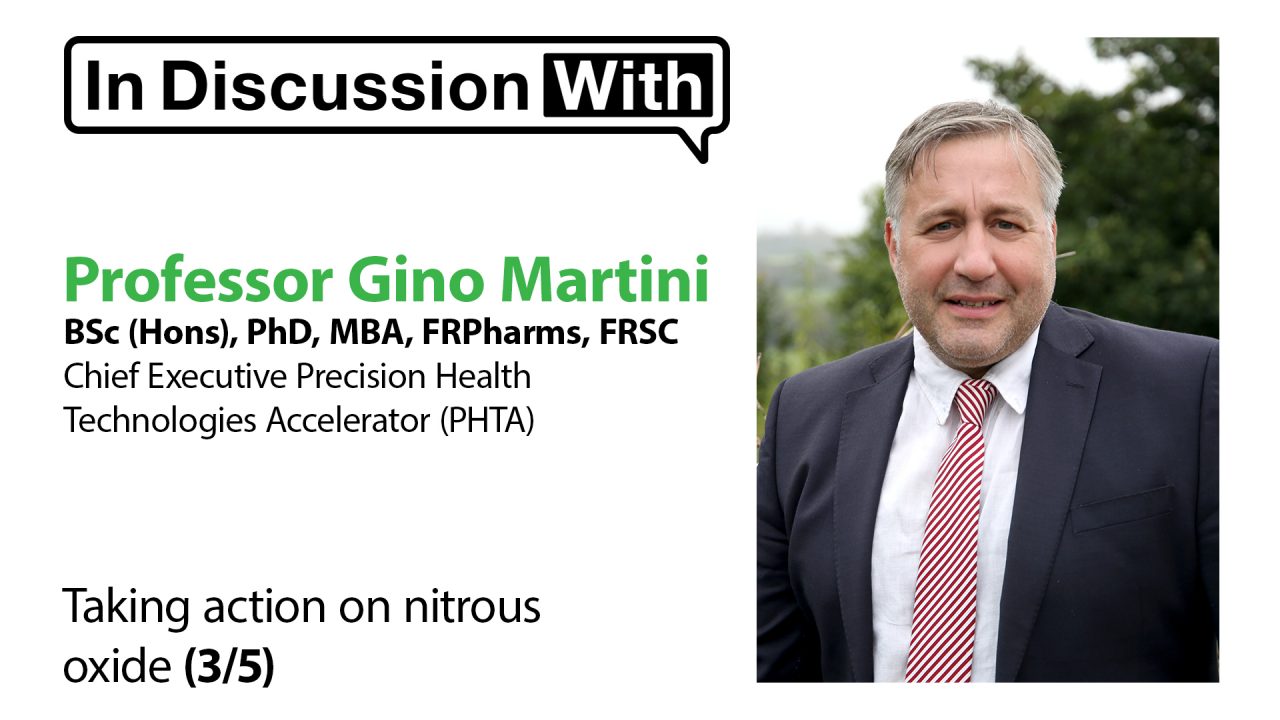 Nitrous oxide has legitimate uses in the food industry and this makes its misuse difficult to combat, but proper checks at the time of purchase could reduce the quantities available on the streets, argues Professor Gino Martini, Chief Executive, Precision Health Technologies Accelerator, Birmingham University.

The campaign against the misuse of nitrous oxide has included an article in the British Medical Journal and various news items.  “It was a little bit ironic that one of one of the changing points, what …. triggered more debate was the environmental issue because councils were getting really fed up of seeing all these canisters      everywhere and so that kind of drove it”, recalls Professor Martini. A number of MPs were also concerned about the significant costs involved in cleaning up the litter left by nitrous oxide abusers, he adds.

Small doses of nitrous oxide, for example for pain relief during labour, are not toxic but prolonged or intensive use is associated with toxicity. “It’s not exactly clear how much you do need but [there was a report] of a Chinese man in China doing about a     thousand ampoules a day ….. The problem is – the buzz you get is very quick and they like it and so they do it again and then do it again and do it again and that’s where it starts becoming a little bit of a problem. It’s very hard to quantify but if you’re doing hundreds a week, you’re in serious trouble, if you carry on”, says Professor Martini.

Nitrous oxide is available for anyone to purchase and suppliers are supposed to check that the intended use is legitimate, for example use in food preparation.  Professor Martini says that more rigorous checks – including photo identification and proof of a legitimate use – should be introduced.