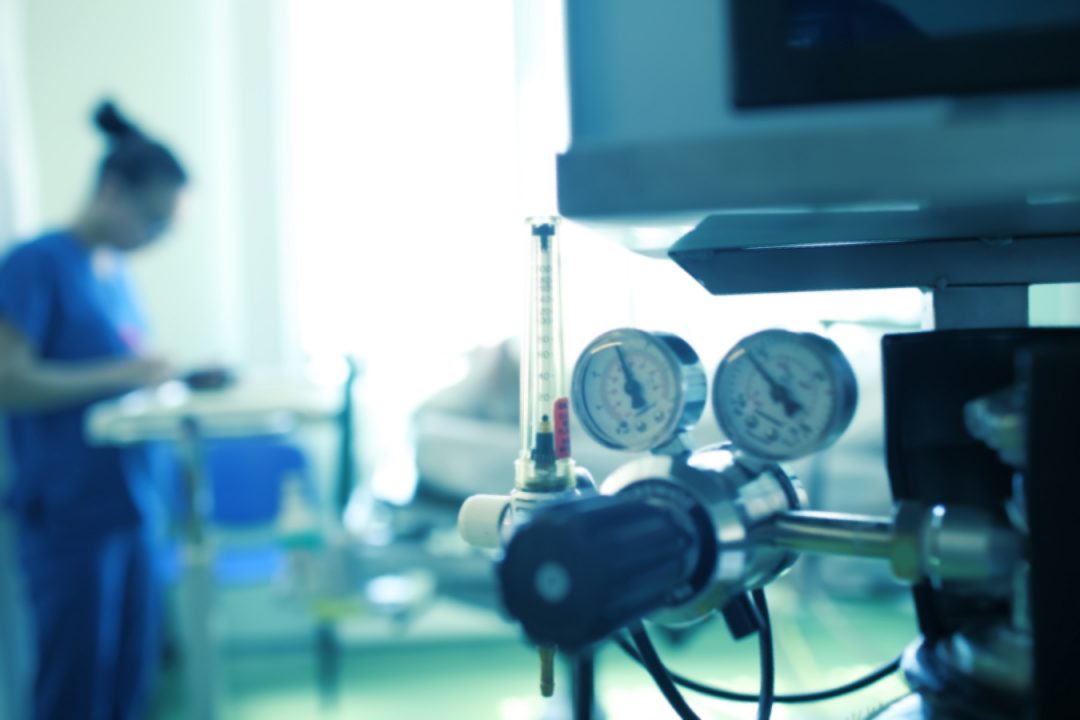 A single, one-hour treatment that involves breathing in a mixture of oxygen and nitrous oxide — otherwise known as laughing gas — significantly improved symptoms in people with treatment-resistant depression, according to new data from researchers at Washington University School of Medicine in St. Louis and the University of Chicago.

In a phase 2 clinical trial, the researchers demonstrated that symptoms of depression improve rapidly following treatment with inhaled nitrous oxide. Further, they reported the benefits can last for several weeks.

The findings are published June 9 in the journal Science Translational Medicine.

“A large percentage of patients don’t respond to standard antidepressant therapies — the patients in this study had failed an average of 4.5 antidepressant trials — and it’s very important to find therapies to help these patients,” said Charles R. Conway, MD, a professor of psychiatry at Washington University and one of the study’s senior investigators. “That we saw rapid improvements in many such patients in the study suggests nitrous oxide may help people with really severe, resistant depression.”

Conway, and the study’s other co-senior investigator, Peter Nagele, MD, professor and chair of the Department of Anesthesia & Critical Care at the University of Chicago, and who previously had an appointment in the Department of Anesthesiology at Washington University School of Medicine, have been studying the potential of nitrous oxide as an antidepressant for the past decade.

Standard antidepressant drugs affect norepinephrine and serotonin receptors in the brain, yet they often take weeks to improve a person’s symptoms. Nitrous oxide, however, interacts with different receptors on brain cells — NMDA glutamate receptors — and tends to improve symptoms within hours when effective.

“Our primary goals in this study were twofold: to determine whether a lower dose of nitrous oxide might be just as effective as doses we’d tested previously — and it was for most patients — and we also wanted to see how long the relief lasted,” Nagele said. “In a proof-of-concept study several years ago, we assessed patients for 24 hours. In this study, we continued to assess them for two weeks, and most continued to feel better.”

“You can’t really get a better comparison group than when you compare a person to himself or herself,” Nagele said. “Serving as your own control is ideal. The alternative is studying the effects of a drug in two similar groups of people in which you either get one treatment or another. But the problem with that is that you need much larger numbers of patients before you really can draw conclusions.”

The primary conclusions in this study were that nitrous oxide — both at 25% and in a 50-50 mixture with oxygen — improved depression in 17 of those study participants. The differences between a 25% mix and a 50% mix mainly involved how long the antidepressant effects lasted. Whereas the 50% dosage had greater antidepressant effects two weeks after treatment, the 25% dose was associated with fewer adverse events, the most common of which was feeling nauseated.

“Some patients experience side effects — it’s a small subset, but it’s very real — and the main one is that some people get nauseated,” Conway said. “But in our study, only when people got the 50% dose did they experience nausea. When they received 25% nitrous oxide, no one developed nausea. And that lower dose was just about as effective as the higher dose at relieving depression.”

Of the 20 people who completed all of the study’s treatments and follow-up exams, 55% (11 of 20) experienced a significant improvement in at least half of their depressive symptoms, and 40% (eight of 20) were considered to be in remission — meaning they no longer were clinically depressed — after breathing a nitrous oxide solution for one hour.

Over the course of the entire study, having received both dose levels of nitrous oxide and the placebo treatment, some 85% (17 of 20) of the study participants experienced a significant enough improvement that their clinical classification moved at least one category — for example, from severe to moderate depression.

Many of those in the study also took antidepressant drugs — medications that, for the most part, had failed to relieve their depression — but they were allowed to continue using those drugs while they participated in the study.

As many as one-third of those who take antidepressants don’t improve. Nitrous oxide and ketamine, another anesthetic drug that interacts with NMDA glutamate receptors, recently have shown promise in those with treatment-resistant depression. Conway and Nagele believe both drugs may represent breakthroughs for people with treatment-resistant depression, but they believe nitrous oxide may have some practical advantages.

“One potential advantage to nitrous oxide, compared with ketamine, is that because it’s a volatile gas, its anesthetic effects subside very quickly,” Conway said. “It’s similar to what happens in a dentist’s office when people drive themselves home after getting a tooth pulled. After treatment with ketamine, patients need to be observed for two hours following treatment to make sure they are OK, and then they have to get someone else to drive them.”

Nagele and Conway said it is important for scientists soon to conduct a large, multicenter study comparing the effects of ketamine and nitrous oxide to placebo.

This work was supported by a NARSAD award from the Brain & Behavior Research Foundation and the Taylor Family Institute for Innovative Psychiatric Research at Washington University School of Medicine.