The critical role of pharmacy in primary healthcare 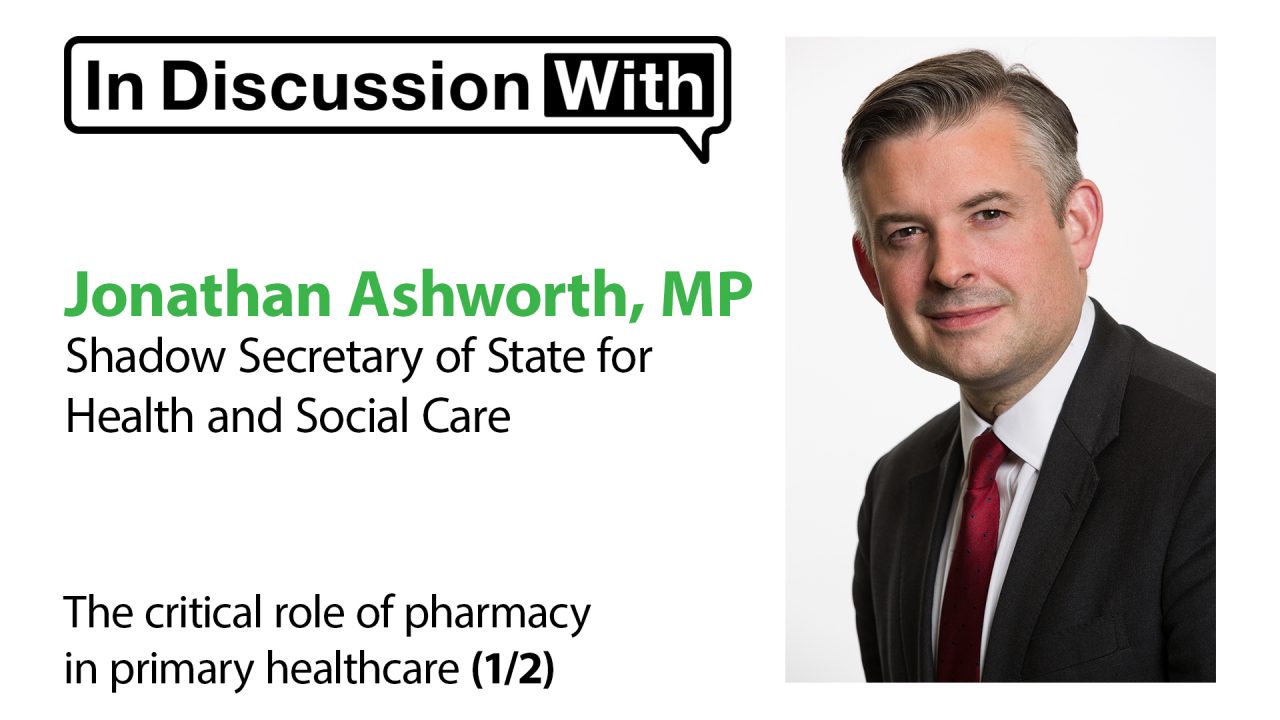 In response to Sajid Javid’s statement that he would give pharmacists the right to prescribe to give doctors more time with patients, Jonathan Ashworth immediately tweeted that pharmacists can already prescribe. IMI interviewed Mr Ashworth to explore further his views on pharmacist prescribing.

The recent statement by Sajid Javid, Secretary of State for Health and Social Care that he would give pharmacists the right to prescribe so that doctors could have more time to spend with patients made headlines briefly. Jonathan Ashworth, Shadow Secretary of State for Health and Social Care, along with many pharmacists, pointed out that pharmacists have been able to prescribe for many years. In fact, independent prescribing was introduced in 2006 and there are now nearly 12,000 independent prescribers on the General Pharmaceutical Council (GPhC) register, representing about 20% of all UK pharmacists.

He recalls, “I became particularly interested in community pharmacy about five years ago when I started in this role as the shadow Health Secretary, when the Government at the time were cutting the investment going into community pharmacy and we were very fearful that we’d lose a number of community pharmacies from our high streets”. In the event some pharmacies closed and others had to cut back some of the services that they offered, he notes.

“I remember throwing myself into the campaign and it became absolutely crystal clear to me that that community pharmacy is a vital part of healthcare; it’s a vital part of providing patients with the quality care that they deserve”. Moreover, community pharmacy should be properly integrated with community care and primary care. Failure to integrate in this way leads to burdens in other parts of the healthcare system, he says.

“It’s important that we do all we can to increase the investment available [and] the training available so that the pharmacists can take up the options to move into prescribing. If you remember, the last Labour government …. was looking at moving to a sort of ‘ailment first’ service (Pharmacy First Minor Ailments Scheme) in community pharmacy which would have given the community pharmacists more of a role in managing conditions and responding to illnesses that people have. I think it’s really important that we return to that broader vision – and I know Scotland are doing something similar now.  Community pharmacists can offer so much, not just in terms of self-care but they should be able to look at prescribing, they should be able to look at appropriate medications, you should be able to get repeat prescriptions, usually through electronic means – the technology is there these days.

“There’s a massive role [for] community pharmacy [in] some of the other wellness services that can be offered, you know, blood pressure checks, lung checks, help with smoking cessation as well – there’s a whole range of things that we should be mobilizing community pharmacy to do.  And, of course, vaccinations, you know – I’ve not had my ‘flu job yet but I always make sure I get my ‘flu job at a community pharmacy just to highlight the important role of community pharmacy in delivering the flu jabs”, he says. “Of course, they need to be mobilized further to do more covid jabs as well, in my view”, he adds.

Asked about the growth in the numbers of primary care pharmacists and the opportunities that this might offer, Mr Ashworth says that reform is now needed of the way in which general practice [medical services] are delivered in this country.  “Community pharmacy must be a key part of that alongside a wider range of skilled health professionals providing clinical care. We’re having this discussion on the day on which the Health Secretary has announced £250 million for general practice. He’s been criticizing GPs for not doing face-to-face appointments even though Matt Hancock (the previous Secretary of State for Health and Social Care) [before] the pandemic was encouraging GPs to move to Skype and app-based appointments – well they’ve now U-turned on that! But let’s be absolutely honest, what has been announced today will not fix the long-standing pressures in general practice because we’re short of GPs, we’re short of practice nurses, we’re short of district nurses and there are not enough community pharmacists working in in tandem with GPs in general practice. I think we’ve got to be honest about this and look at how some of these models work – I want to see more community pharmacists working in general practice,

“If you can get community pharmacists, whether based on the on the street corner or in the surgery doing more high blood pressure checks, helping people manage cholesterol, helping people manage to cease smoking – lung checks as well – I think you can have a much better primary care offer in this country than what we have [at present]”, he says.