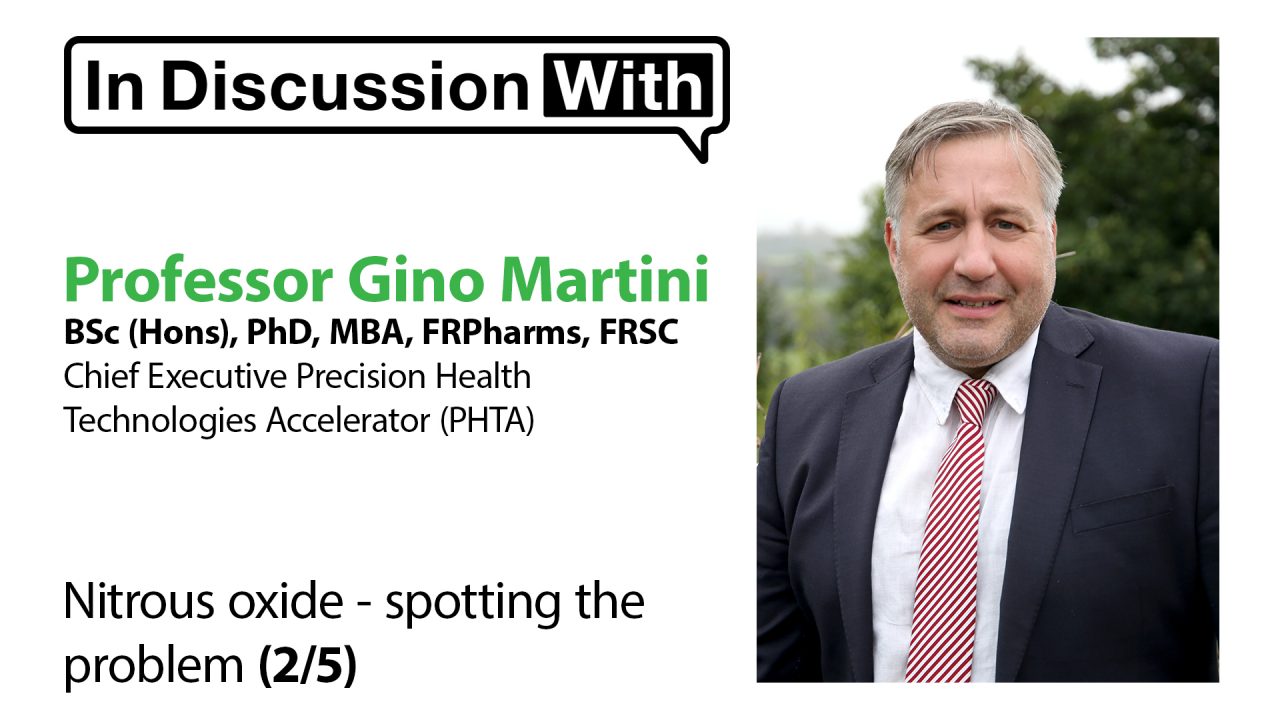 Nitrous oxide abuse appears to be widespread but it is far from harmless and prolonged use can lead to paralysis. Pharmacists need to raise awareness of the potentially serious toxicity, according to Professor Gino Martini, Chief Executive, Precision Health Technologies Accelerator, Birmingham University.

Nitrous oxide is often believed to be harmless but prolonged exposure leads to inactivation of vitamin B12.  “ Vitamin B12 is what you need for healthy myelin, which is the material around your spinal nerves, your spinal cord”, explain Professor Martini. The end result is degeneration of the spinal cord that can manifest as numbness in the fingers, problems with walking and, in some cases, paralysis. If diagnosed early enough then the condition is reversible. This issue has been a cause of concern for both senior pharmacists and medical officers.

Shortly after nitrous oxide was first synthesised during the 1800s ‘laughing gas’ parties became popular but they stopped when the association between prolonged use of nitrous oxide and “people keeling over” was realised.

Professor Martini explains: “It’s not a chemical that you want to play around with. The issue we have – and what’s causing confusion – it is used in the food industry.” Whipped cream canisters use nitrous oxide to produce the foam. This is a legitimate use for nitrous oxide and is safe because the gas it is not inhaled. He first became aware of the scale of the problem when as a governor of a local school he saw two or three hundred [empty] nitrous oxide ampoules next to a primary school. “I picked them up and I showed them to parents and not one parent knew that this was a nitrous oxide canister and actually this was being abused – put into balloons and inhaled – and could cause harm”, he says.

Ever since then he has campaigned to raise awareness of the nitrous oxide misuse and the harm that it can cause.  Parents may have seen their children purchasing nitrous oxide online and not realised that it could be harmful, he adds.