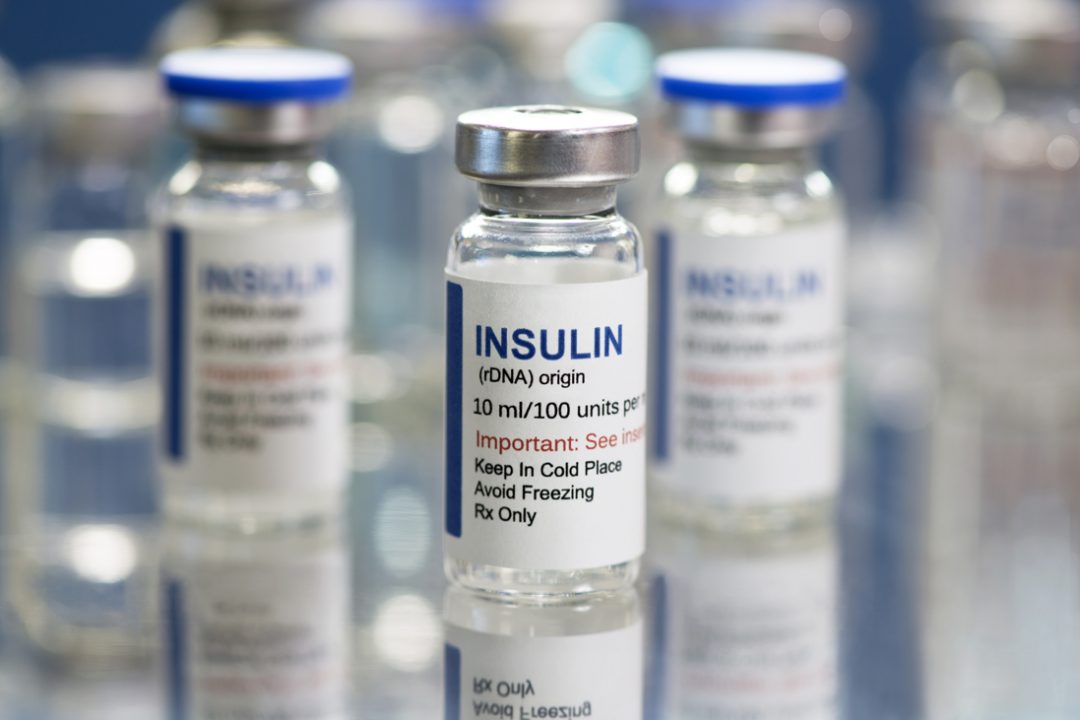 For people with diabetes who are insulin dependent, glycemic control is a full-time job. But what if their medication could do the work for them — an insulin whose activity in the bloodstream responds to the blood glucose levels and adjusts accordingly? An invention from Indiana University School of Medicine Distinguished Professor Michael A. Weiss, MD, PhD, could lead to just that.

In a breakthrough study published in the peer-reviewed journal PNAS, Weiss and his team describe the use of a synthetic “switch” that can be opened or closed using a simple sugar sensor. The study was in part collaborative with Thermalin, Inc., a small biotech company that Weiss began in 2008.

Their concept exploits a natural mechanism, designated the “protective hinge,” that is built into vertebrate insulins. The protective hinge is a natural structural feature that evolved more than half a billion years ago to keep the hormone stable in its closed state but foldable and functional in its open state.

“The reason a glucose-responsive insulin is important is that the biggest barrier to the effective use of insulin, especially in Type 1 diabetes, is the fear of the consequences of blood sugar going too low,” said Weiss, who is also the Chair of the Department of Biochemistry and Molecular Biology.

Immediate consequences of severely low blood sugar (hypoglycemia) can include delirium, convulsions or loss of consciousness, and repeated episodes of severe hypoglycemia can cause cognitive decline. On the other hand, chronic high blood sugar (hyperglycemia) can lead to blindness, stroke or amputation. Staying in the desired blood glucose range is a delicate balance that insulin-dependent diabetics face every day.

But Weiss said that he envisions a future when people do not have to choose to risk their long-term health to protect themselves from the immediate dangers of severe hypoglycemia.

“The promise of this kind of ‘smart’ insulin is that it would transform diabetes care, so people wouldn’t have to worry anymore,” said Weiss. “With our invention, we envision that when the blood sugar goes low, the hinge would close. But there will be much work to do to translate our proof of principle to an FDA-approved product.”

In the 100 years since the discovery of insulin, its use as a treatment for diabetes has gone through many significant changes. C. Ronald Kahn, MD, chief academic officer at the Joslin Diabetes Center at Harvard Medical School, said that glucose-responsive insulin could be the next.

“In the recent study from the Weiss laboratory appearing in PNAS, we see an example of the next exciting phase of insulin development, namely development of an insulin analogue which through chemical modification can sense the level of sugar present in the blood,” said Kahn. “While the current analogue has been designed to sense fructose, it seems likely that this same approach can be used to develop analogues to sense glucose. Whether these can be sensitive enough to be modulated by changes within the physiological range remains to be determined, but if so, this would be an important new tool in the management of diabetes.”

Other types of glucose-responsive insulins are being developed elsewhere. What makes Weiss’ invention unique is its simplicity. The synthetic hinge exploits naturally occurring processes and introduces fewer external or artificial elements compared to other approaches.

While their study uses fructose as model (representative of a monosaccharide like glucose), it proves that Weiss’ synthetic hinge concept works. His team is already working on glucose-responsive insulin candidates that open and close at the desired high and low glucose thresholds, which are respectively 70 to 180 milligrams per deciliter. By replacing the fructose sensor with glucose sensors, a revolutionary insulin therapy may be closer than we think.

This work is supported in part by grants from the JDRF, the Leona M. and Harry B. Helmsley Charitable Trust, and the National Institutes of Health (R01 DK040949 and R01 DK127761).