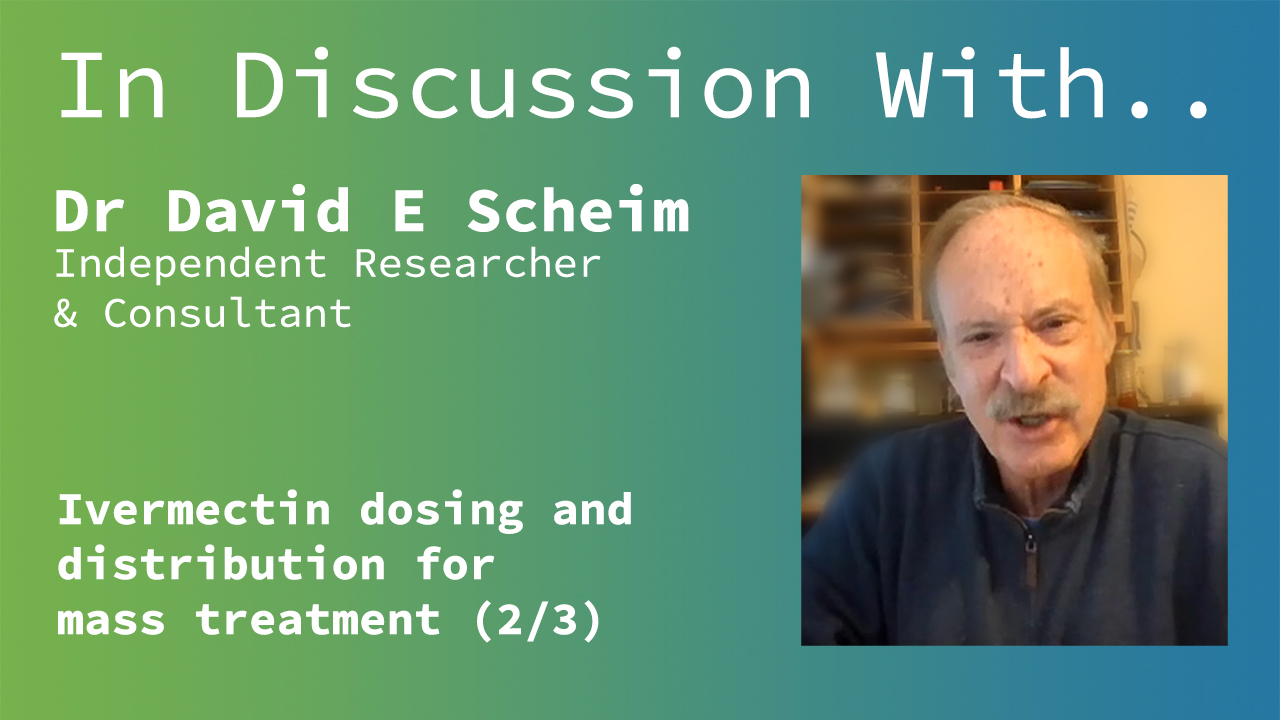 Dr David Scheim, one of the authors of a recent study in Peru, describes the doses of ivermectin that were used and the strategies for effective mass distribution.

The dose of ivermectin that was used in Peru was 200 microgrammes/kg. “The best results in clinical trials are being obtained with double that dose for four or five days ….and there are several studies where it’s given at much higher than the standard dose – up to 10 times –  and there are just no side effects of note”, says Dr Scheim.  Ivermectin has been administered to an estimated 3.7 billion people worldwide since its introduction some 40 years ago. It is considered to be one of the safest and most successful drugs in modern medicine.

A number of factors, including personal testimonies from celebrities and politicians, helped to drive the campaign and encourage people to take ivermectin. “Some politicians and other well-known figures had serious cases of covid, they took ivermectin and they got dramatically better”, says Dr Scheim. These examples were widely publicised and, together with articles in the popular press and social media, ensured a high level of awareness about the effectiveness of ivermectin. “That very much improved compliance”, he adds.

Operation MOT involved a “saturation approach” in which the army and local health officials implemented an intensive campaign to find and treat covid-positive cases and their family members. They also provided food to encourage isolation for 15 days.  “When you do a statistical analysis and look at the rapidity of decline in death rates in those nine states versus the rest – the statistical significance is 10 times better than what you need to conclusively say that something’s working”, explains Dr Scheim.

The most likely mechanism of action of ivermectin is believed to be binding to the spike protein of the SARS CoV-2 thereby preventing the virus particles from binding to cells. This is similar to the way that vaccine-generated antibodies bind to viral spike protein. Binding or ‘shielding’ the viral spike protein in this way effectively reduces or blocks the infectivity of the virus. Moreover, according to Dr Scheim, “there’s every indication that ivermectin will work with exactly the same efficacy against any known or emerging mutants. It doesn’t work by attaching to a specific epitope – it’s more generic [than that] – it may be steric interference – but basically it doesn’t need to bind to any specific protein sequence so it will probably work against all viral variants.”

David E. Scheim received a doctorate in Mathematics from MIT followed by a post-doctoral fellowship in mathematical biology. He served as a commissioned officer in the US Public Health Service and developed clinical trial for the National Eye Institutes’ eyeGENE medical-genetics initiative and has worked since as an independent researcher and consultant.