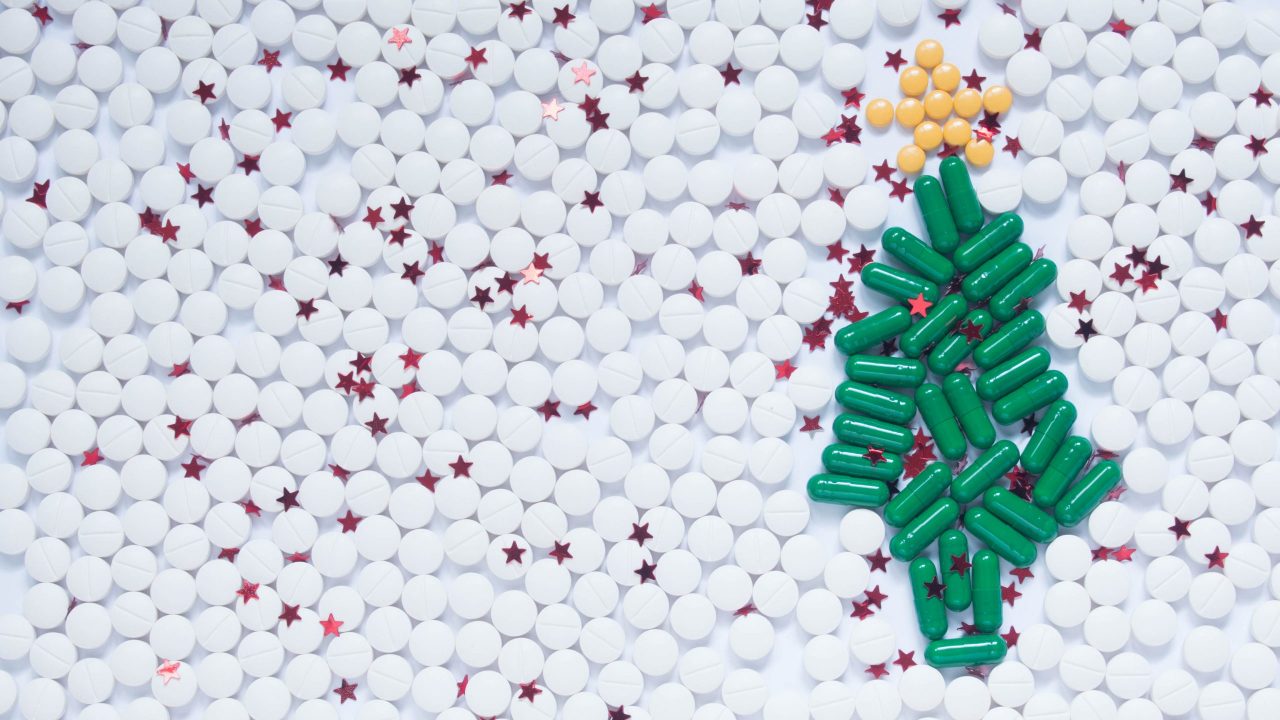 We are hearing almost hourly warnings of how the NHS will soon be overwhelmed with Covid-19 cases. Yet we have within our grasp two long-established drugs with activity against Covid-19 – indomethacin and ivermectin.

Both are well-known drugs that have been in regular use by millions worldwide for decades, and have now been widely used in patients with Covid-19.  Early clinical trials have demonstrated their effectiveness for this, and confirm their safety.

Cough is very distressing, and hard to treat with standard antitussives; it also transmits virus effectively by aerosol when ventilation is poor, as in most homes and older hospitals. Reduced transmissibility alone is now a reason to prefer indomethacin to paracetamol. To summarise:

The evidence for ivermectin was set out on this site in early December.  There have now been many controlled trials of ivermectin around the world, one spectacular natural trial (in France) and several examples of mass treatment in South America – with consistent, positive results. We note that Covid-19 home treatment kits using ivermectin have made available in India and Brazil. To summarise:

Doctors report in social media that they take ivermectin themselves if at all possible, both to protect themselves from, and to treat their own Covid-19 infection.

Why are these drugs not used in the UK?

Neither of these drugs is licensed for treatment of Covid-19: but, of course, few drugs are – that’s the problem with new diseases. However, a substantial and growing body of evidence attests to their effectiveness.

Neither of these drugs is recommended by the National Institute for Healthcare Clinical Excellence (NICE) – because in order to reach this status there would need to be a randomised, controlled trial (RCT) in the UK to determine the effectiveness of the drugs. This will take many months to approve, organise and analyse even with current infection rates.  The evidence from around the world appears to be disregarded. The search for perfect evidence, such as a large RCT, has become the enemy of the good.

A formal proposal was submitted to Covid19 Therapeutics Advisory Panel (CTAP) in October to suggest the inclusion of indomethacin in the RECOVERY trial – but there has so far been no substantive response to this.

Many doctors in the UK are reluctant to prescribe drugs “off-label” because of these considerations.  However, they are professionally allowed to prescribe unlicensed drugs if it is required to meet the specific needs of a patient and are “satisfied that there is sufficient evidence or experience of using the medicine to demonstrate its safety and efficacy.” In practice, most have followed the prevailing guidance i.e. tell patients to stay at home and take paracetamol or ibuprofen until they become breathless at rest – then call for help from NHS Direct.

This cautious approach is at odds with the precautionary principle during a pandemic, and is now throttling the nation’s response to Covid-19 and putting many people at risk of needless suffering.

Where does this leave us?

We are told that we have growing numbers of cases and face the imminent possibility of hospitals being overwhelmed with risk of doctors rationing treatments as the Lombardy situation is repeated here.

It has been argued that there should be four pillars to a pandemic response – 1. Contagion control (stop the spread), 2. Early home treatment to reduce hospitalisations and death, 3. Late stage hospital treatment and 4. Vaccination to achieve herd immunity.  Public health authorities (and therefore the media) have focused on three of these but have overlooked early home treatment. Hospital care should be a safety net for survival rather than the first place for treatment.

What could we do?

We should very quickly review the evidence for indomethacin and ivermectin and establish a protocol for early home treatment of covid-19 to reduce the numbers of late-stage hospitalisations.

Indomethacin could be rapidly provided to patients by community pharmacists by means of a patient group direction (PGD) or through an online referral to a prescriber. The mechanisms for these procedures already exist and schemes could be put in place quickly if there were the will to do it.

For ivermectin, steps should be taken immediately to authorise its use for Covid-19 prevention and treatment. It could be supplied through the same methods as indomethacin. Also, considering its safety, it could be made available for direct sale, as in South America.

In case the NHS, Directors of Public Health and the Government are unable to do all this it might be wise to get a last minute message up to Father Christmas to ask him to scratch unicorns, world peace etc. and just bring us indomethacin and ivermectin for early treatment of Covid-19 instead.

Dr Colin Brown is a researcher at Edinburgh Napier University and a former General Medical Practitioner.