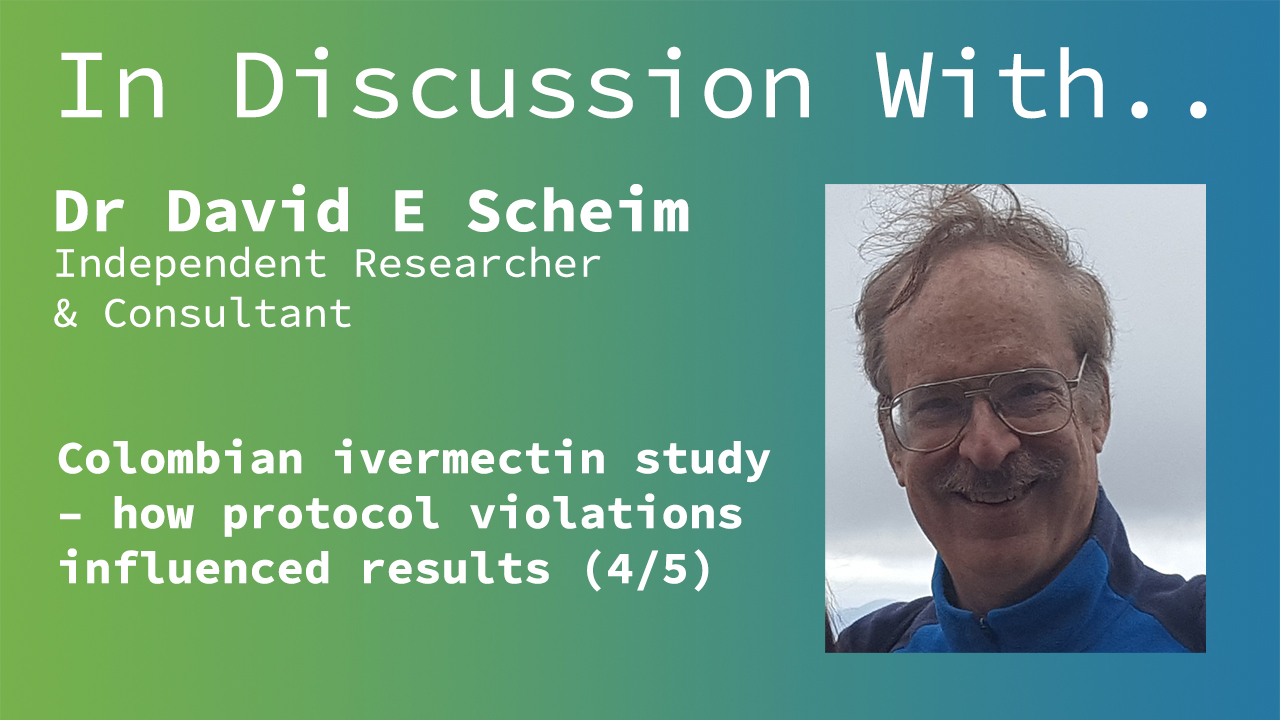 The results of the recent controlled trial of ivermectin for covid-19 in Colombia suggest that both ivermectin and control groups received ivermectin, according to Dr David Scheim.

The adverse effects of ivermectin were evident in both groups, according to the report of the trial by Lopez-Medina and colleagues.

“It’s very reassuring to see that, yes, indeed these are the adverse effects of ivermectin that you’d expect but none of them are serious. You know, blurry vision for a couple of days and then it stops – that’s not a big deal. It’s actually quite ground-breaking in having close tracking of side effects using a high ivermectin dose. For sure we know there were 200 patients and from all appearances most of the controls got it as well”, says Dr Scheim.

The participants in this study were relatively young (mean age 37 years) and there were few deaths or serious complications. In fact, there were no deaths in the ivermectin group and one in the control group but this was not statistically significant.  The pooled average of randomised controlled trials of ivermectin shows that there are 78% fewer deaths in ivermectin-treated group compared with controls. “In my studies I look at mortality – that’s a hard statistic. They were looking at squishy statistics but since basically we’re probably comparing ivermectin to ivermectin you wouldn’t expect them to be different anyway”, notes Dr Scheim.

The endpoint used in this study was a reduction in symptoms (resolution of symptoms). “They changed their primary endpoint in the middle of the study which you’re not supposed to do……… There’s a lot of changes in the protocol but there’s not a sharp endpoint like mortality like you have in studies that I think are much more meaningful”, says Dr Scheim.

One other troubling issue is that the protocol excluded patients who had taken ivermectin in the previous five days, which Dr Scheim found strange.  The normal procedure to avoid contamination or carry-over effects from previous drug treatment would be to exclude patients who had taken the drug in question within 30 days. This may be a hint that ivermectin use was so pervasive that it was hard to find someone who hadn’t taken it up to five days before the study, suggests Dr Scheim.