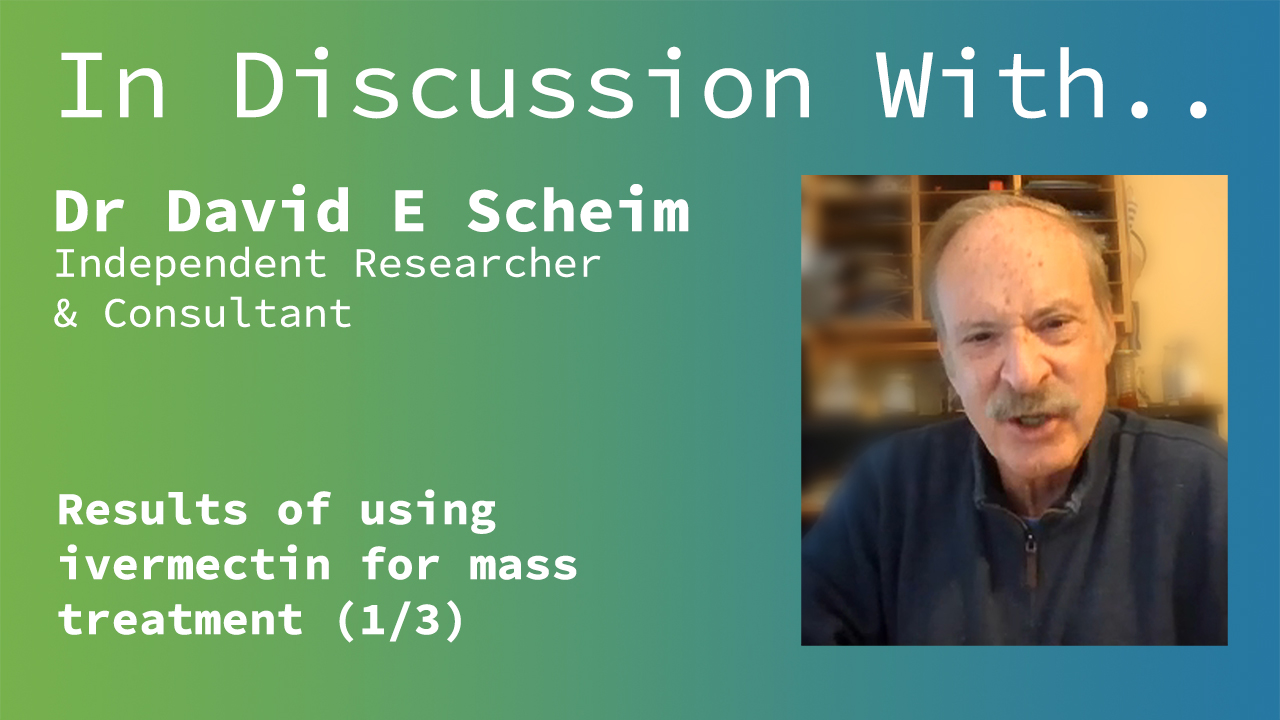 Mature, real world data on systematic mass treatment of covid-19 with ivermectin show a sharp fall in excess deaths. IMI interviewed Dr David Scheim, one of the authors of a recent study in Peru, to find out more.

We have previously reported on the mounting evidence for the effectiveness of ivermectin in the prophylaxis and treatment of covid-19 but now a report has been published that shows clearly the effects of mass distribution of ivermectin to whole provinces in Peru. The authorities in Peru acted very quickly to approve ivermectin and implement comprehensive distribution programmes – even including door-to-door visits. As a result there is now a clear picture of what happens when a population of 33 million is treated with ivermectin. By chance, one province (Lima) implemented the mass treatment scheme several months later than all the others and so acted as a natural control.

On May 8th 2020 the Government of Peru authorised mass treatment of covid-19 with ivermectin. “Over the course of several months deaths due to covid-19 dropped 11-fold with the use of ivermectin. ….In November there was a new President who stopped using ivermectin and deaths went back up 12-fold”, explains Dr Scheim

In Peru there are detailed records for every death in a national database and it was possible to analyse the data for the segment of the population over 60 years of age. “We looked at the data state by state and the results are stunning and conclusive”, says Dr Scheim.

Excess all-cause deaths and covid case fatalities were tracked and analysed in parallel. Case incidence statistics were disregarded as they are subject to a number of confounding variables and are therefore unreliable.

“Basically the summary is that as each state used ivermectin its deaths dropped in time conjunction”, says Dr Scheim.

In total, 24 states were given ivermectin early as the first wave of the pandemic began. To illustrate the impact of the programme, the researchers picked eight large states spanning different geographic regions and charted the deaths before and after the day of peak deaths. In Lima state the distribution of ivermectin was delayed by three months. The results show that “Lima stays flat – deaths continued at a high rate but in the eight states deaths dropped sharply”, says Dr Scheim.

Figures 1 A and B show the numbers of deaths for eight states (in shades of blue) superimposed on Lima state (in red). 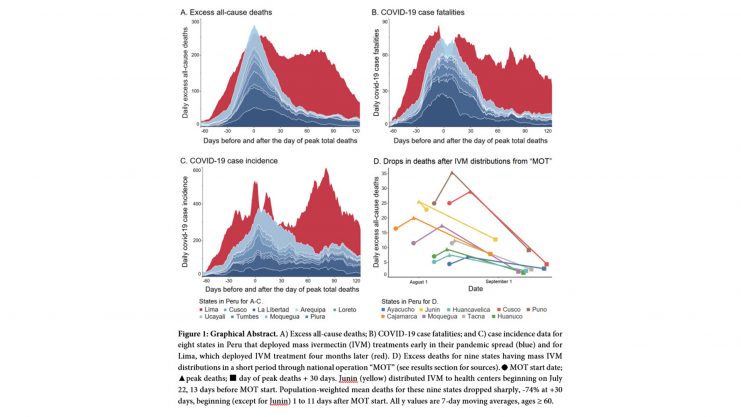 According to Dr Scheim, “Figure 1D is really the most compelling, conclusive set of data in this analysis. These were states where the army went in en masse and distributed ivermectin in a very short period of time. We know exactly when they went into the state so we can look in close time conjunction and we see that within 11 days after the start of operation MOT in each state you reach the peak of deaths and then the deaths drop sharply. Over 30 days the average decrease of deaths was 74%.”

The authors of this study say that lockdown can be discounted as a factor in the falling death rates. Lockdowns are not successful in Peru because 75% of the population has to work every day in order to eat. Furthermore, Google community mobility data did not show reductions that could account for the falling death rates. Dr Scheim says, “We actually tracked six measures of Google mobility and we found that when the deaths were going down state-by-state mobility was actually going up. Theoretically there was a lockdown but it was not being observed.”

In addition, other features that might have influenced the findings, such as variations in population density, have been factored out in this analysis.

David E. Scheim received a doctorate in Mathematics from MIT followed by a post-doctoral fellowship in mathematical biology. He served as a commissioned officer in the US Public Health Service and developed clinical trial for the National Eye Institutes’ eyeGENE medical-genetics initiative and has worked since as an independent researcher and consultant.