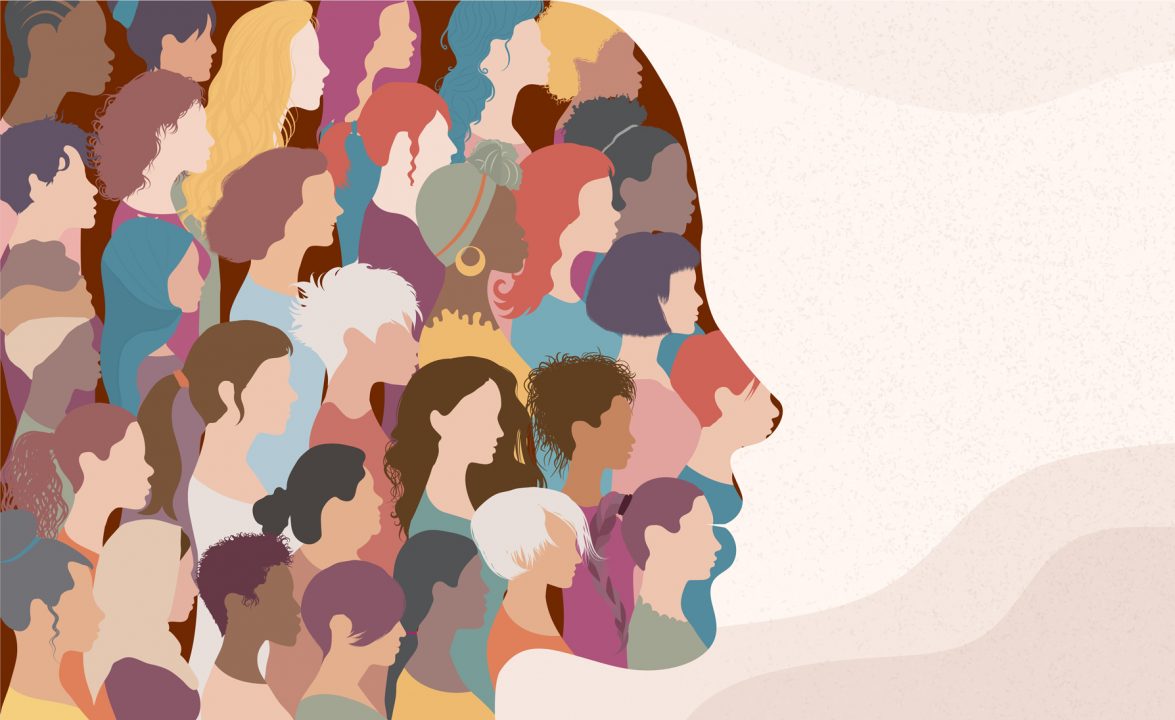 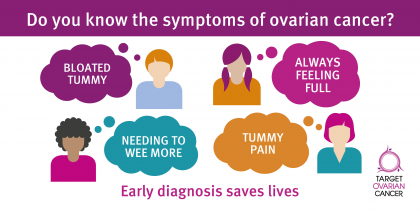 New data from Target Ovarian Cancer shows how women are being failed as the awareness crisis in ovarian cancer deepens. Key symptoms are being ignored – both by those experiencing them and their GPs.

In a survey of 1,000 UK women Target Ovarian Cancer found that awareness of key symptoms is still too low. Four out of five women (79 per cent) do not know that bloating is one of the symptoms. Lack of awareness is just as bad for the others: abdominal pain (68 per cent of women do not know it), feeling full (97 per cent) and needing to wee more urgently (99 per cent).

When symptoms are ignored or passed off as more common conditions like IBS, ovarian cancer has time to advance before it is found. The number of treatment options decreases, as do the chances of long-term survival. Because it is diagnosed late, the disease kills 3 in 10 women in the twelve months after diagnosis.1

The fact that 40 per cent of UK women think cervical screening (a smear test) detects ovarian cancer could further delay diagnosis. Worryingly, this figure has increased from 31 per cent in a 2016 survey. Confusion between cervical cancer and ovarian cancer can be fatal. Thinking that a smear test also helps prevent ovarian cancer stops people from looking out for the key symptoms of this deadly disease.

The new data comes as figures from the NHS show a shortfall in the number of people being diagnosed with cancer – risking an epidemic of late diagnosis and early death.2 Target Ovarian Cancer is urging the public to sign open letters to governments across the UK and tell them what is needed to combat the crisis: dedicated symptoms awareness campaigns across the UK so we can finally make progress in people’s knowledge of the symptoms.

Annwen Jones OBE, Chief Executive of Target Ovarian Cancer, said: “These figures are incredibly disappointing. We know we’ve shifted the dial in the past 10 years, through the dedication of thousands of Target Ovarian Cancer’s campaigners. But it is not enough. Knowing the symptoms is crucial for everyone. We need to make sustained and large-scale government-backed symptoms campaigns a reality. Progress is possible. If we do this, fewer people will be diagnosed late, fewer will need invasive treatment, and ultimately, fewer will die needlessly from ovarian cancer.”

Katy Stephenson, 47, from Bury St Edmunds, was diagnosed with early-stage ovarian cancer in 2021. She said: “I had been experiencing symptoms like bloating and needing to wee more urgently for a few months, but I’d put it down to being peri-menopausal. I had a fluke diagnosis when I was admitted to hospital with appendicitis. If that hadn’t happened, the cancer probably would have spread, and I hate to think about what would have happened. I was actually told that I wouldn’t have symptoms in the early stages of ovarian cancer – but I did. I want everyone to know the symptoms of ovarian cancer. The only person that will catch them is you, so be aware of your own body, speak to a GP. And don’t be afraid to mention ovarian cancer if you’re worried.”

Dr Victoria Barber, a GP in Northamptonshire and advocate for early diagnosis of ovarian cancer in the primary care community said: “Symptoms do appear early on in ovarian cancer, and your GP wants to hear from you if you’re experiencing any of them, if they are new for you and if they do not go away. Similarly, it’s vital that GPs are knowledgeable on ovarian cancer and know how to advise patients who have concerns. Target Ovarian Cancer has a GP education programme that can help you do this.”