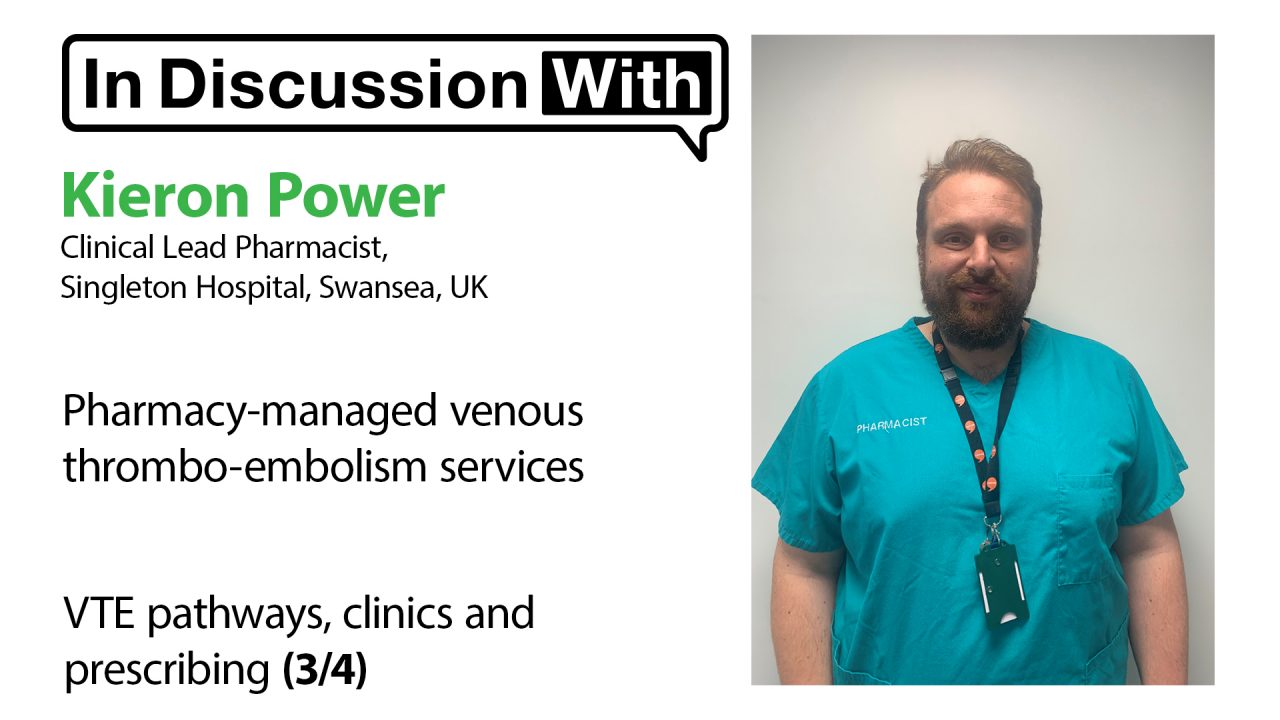 Patient pathways, independent prescribing by pharmacists and education of junior doctors all contribute to the effective operation of the VTE service, according to Mr Kieron Power; Lead Pharmacist – Thrombosis and Anticoagulation at Singleton Hospital in Swansea.

Many patients felt that the level of support they received for CAT compared unfavourably with their cancer care. This is a problem because 20% of cancer patients develop a thrombosis, notes Mr Power.

“We thought, “Well, we’ve got a VTE service, we’re seeing cancer patients how can we make this better for them?” and so what we did was we developed a specific cancer-associated thrombosis pathway whereby we had every single cancer thrombosis diagnosis come through our pathway within the health board and we would manage them from initiation to that six-month decision – because with cancer-associated thrombosis six months is generally the minimum duration – and much of our focus was around easing anxieties and improving patient education”, he explains.

When the service was evaluated anxiety scores and knowledge retention improved and patients were generally better informed.

A weekly haematology clinic is an integral part of the VTE service. This started as a DOAC (direct-acting oral anticoagulant) initiation clinic, when this process was started in secondary care, recalls Mr Power. Now that this is routinely undertaken in primary care in most of the UK, the clinic has developed to deal with patients with complex anticoagulant or thrombosis needs such as those with VTEs at unusual sites, patients with anti-phospholipid syndrome and those who require complex bridging arrangements, he says

“I think the single most important thing that developed in terms of our service was that we all gained IP qualifications because it just allowed us to then become independent practitioners and develop the service as we wanted to, whereas prior to that it was quite difficult to make those independent decisions because you were fundamentally relying on somebody else to prescribe the medication for you”, he says.

When asked whether the pharmacy-managed VTE service risks de-skilling of junior doctors in relation to anti-coagulant prescribing Mr Power argues that the education and guidelines that have been put in place have, in fact, up-skill junior doctors in this area.

“When we came in we identified numerous aspects of VTE care that weren’t in line with evidence or guidance and we’ve been able to improve on those things…….. I don’t feel like we’ve de-skilled the healthcare professionals, I think we’ve upskilled them ….  mainly through our education that we’ve undertaken [and] through the guidelines we’ve developed. ….  I was reflecting on this recently because I think one of the proudest [moments] I have is when I hear junior doctors quoting elements of management that I know that we’ve put into guidelines.  I kind of think, “Well, they weren’t saying those things three or four years ago!” “, says Mr Power.