The business case for the VTE service 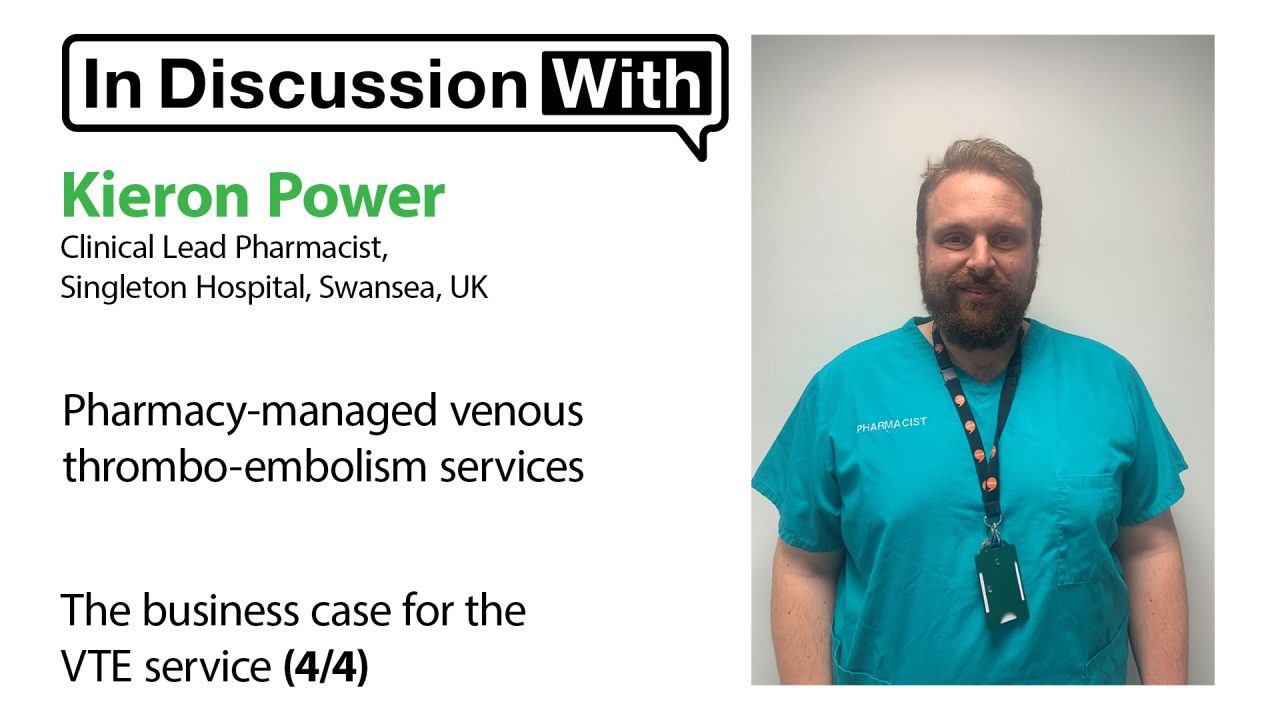 A robust business case can be made for the VTE service and the coronavirus pandemic has further demonstrated the value of the service, according to Mr Kieron Power; Lead Pharmacist – Thrombosis and Anticoagulation at Singleton Hospital in Swansea.

The coronavirus pandemic placed additional demands on the VTE service as evidence concerning the use of anticoagulants in covid-19 emerged. Early evidence from China suggested that there might be some mortality benefit associated with the use of heparins due to their anti-inflammatory actions. Mr Power was responsible for leading a group in the Health Board that developed local thrombo-prophylactic policies. Over the past 18 months the policies and guidelines have been developed and modifed in response to new evidence.

“We’ve changed the guideline as the evidence has emerged – especially quite recently where the collaborative trial arms have now published their data…… What we’re actually seeing is that if we use therapeutic doses of low molecular weight heparin in what we classify as ‘moderately-unwell’ covid-19 patients – so these are the patients who were admitted requiring supplemental oxygen but [do] not require intensive oxygen therapy or organ support – ….there does seem to be a trend towards reduction in mortality or escalation to requiring organ support.  So, we’ve been able to shape our guidelines with that and this is what’s now in line with NICE [recommendations]. Conversely, in the critical care arm it seemed that there was no benefit in terms of using therapeutic anticoagulant therapy and in fact there was an increased bleeding risk”, says Mr Power

These findings have given rise to the hypothesis that early use of therapeutic doses of anticoagulant therapy may prevent the progression to disseminated intravascular coagulation (DIC), but the mechanism is still uncertain, he adds.

The case for a pharmacy-managed VTE service

“One of the things we focused on in terms of benefits is the turnaround time for patients. So, the in the All Party Parliamentary Thrombosis Group report in 2018 they quoted the average figure from a patient being diagnosed with a VTE to the treatment being initiated to the patient [being] discharged as 16 hours. Within our service we’ve measured this and we’re actually 105 minutes – so we’re far below the national average. …..  In patients who could have the same-day scans there’s 137 minutes between the patient attending, having a scan, being seen by us, initiated on treatment and sent home with our treatment in their hand”, he explains.

Such a rapid turnaround depends on ready access to radiology services, he acknowledges. The major benefit of the service is fast turnaround with a safe service and built-in follow up.

“It is an efficient service that allows patients to be managed quickly but safely and then the knowledge that they’re also then part of the service where they’ll have follow-up and all of those treatment decisions will be undertaken under that one umbrella”, he says.

With a projected workload of 450-500 patients this year, the service has outgrown its original resources and funding has been requested for additional pharmacists and for additional training resources. However, the pharmacy team could be taking on a diagnostic role in future.

Mr Power says, “We’ve already piloted this on a number of occasions. I’ve done training with the GPs and we’re just waiting on some funding to be able to cement our position there, but I’m pretty optimistic that we’ll then be taking on the assessment and diagnostic role with DVT (deep vein thrombosis) patients –  which is quite exciting”.

Mr Power’s message to colleagues is that they should consider developing VTE management services. He says, “It’s primarily drug based, it’s complex and so it definitely requires somebody with specialist knowledge…… It’s one of the most common conditions that we see so if you’re working in health boards where there’s that gap ……  then I urge you to get involved with the area, develop your expertise, get your IP [and] develop your services …. the benefits are absolutely huge.”.

Mr Power adds that pharmacists or pharmacy technicians who are interested in developing VTE services are welcome to get in touch with him.