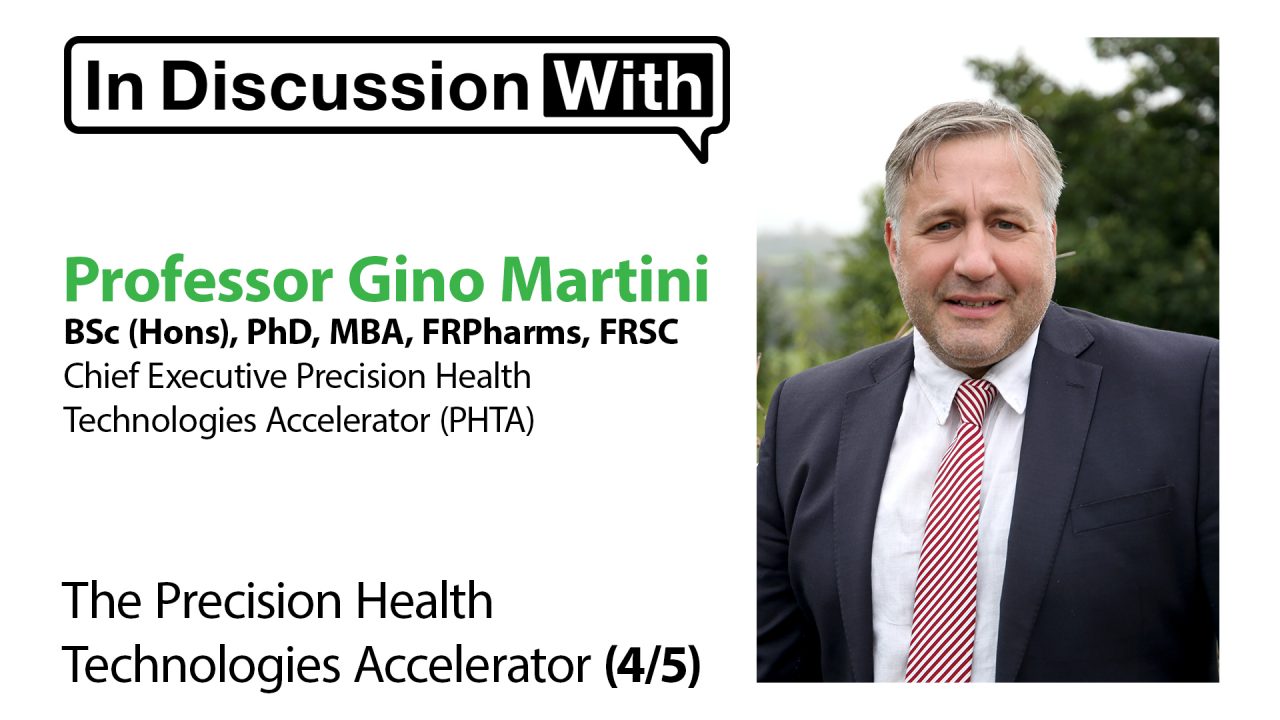 The Precision Health Technologies Accelerator (PHTA), a wholly-owned subsidiary of the University of Birmingham, will bring together innovators and entrepreneurs in life sciences and connect them with clinical and academic experts in the region, according to the Chief Executive, Professor Gino Martini.

The University of Birmingham is developing a huge life sciences campus just a five-minute walk away from the University and a similar distance from the Queen Elizabeth Hospital. The 700,000 square-foot campus is currently under construction and will open in 18 months’ time. Professor Martini’s task is to attract innovators and entrepreneurs to the site and foster collaboration with each other and with local academics and clinicians.

Professor Martini says, “We forget that over the last 25-30 years, [of] all the innovative medicines that were launched in Europe, most of them were actually developed or overseen by somebody based in the UK because either the MHRA was     involved or our experts were involved”.  Birmingham has a wealth of expertise in its clinicians, academics and hospitals, he notes. “I also want to make sure the right patients get the right medicine. There’s been a big debate… about what precision healthcare means. It used to mean ‘the right drug at the right dose at the right time, the right cost but actually – it’s the right patient”, he adds.

Birmingham has a stable population of some six million with 30% [minority] ethnicity – something that is ideal for investigating new medicines and innovative treatments. “Proper clinical trials done in the proper representative patient populations will be absolutely crucial in developing the latest breakthrough treatments and medicines”, explains Professor Martini.  “Anybody who has worked in the industry like I have understands that clinical trials is the lifeblood – and if you’re not actually testing in     the appropriate population then actually …. patient benefit will be will be hampered”, he says.

Professor Martini says, “My role as the Chief Executive is to bring in new businesses and encourage more start-ups from the universities in the region and from hospitals but, more importantly, [to] connect those individuals who need access to our key opinion leaders – [that is] the guys working at the university and the guys working in the Birmingham Health Partners, which is a big conglomerate of hospital trusts in and around the West Midlands.”

Pharmaceutical expertise is important in translational medicine not least because pharmacists understand how dosage forms are developed and are able to combine understanding of the clinical development of a drug with understanding of drug delivery. “The whole definition of translation is ‘from molecule to bed-side’. Well think about what pharmacists do – we’re right in that sweet spot…” says Professor Martini.

During his career he has seen the role of pharmacists in industry grow and develop.  In the past there were many positions that were not open to pharmacists but now this has changed and pharmacists are taking on a variety of role including leading clinical trials. “It has really changed quite dramatically in our favour”, he says. Moreover, biological agents require more care and attention than small inorganic molecules. “All these biologicals are very susceptible to sheer and shaking ……and our skills are needed now more than any other time”, he concludes.