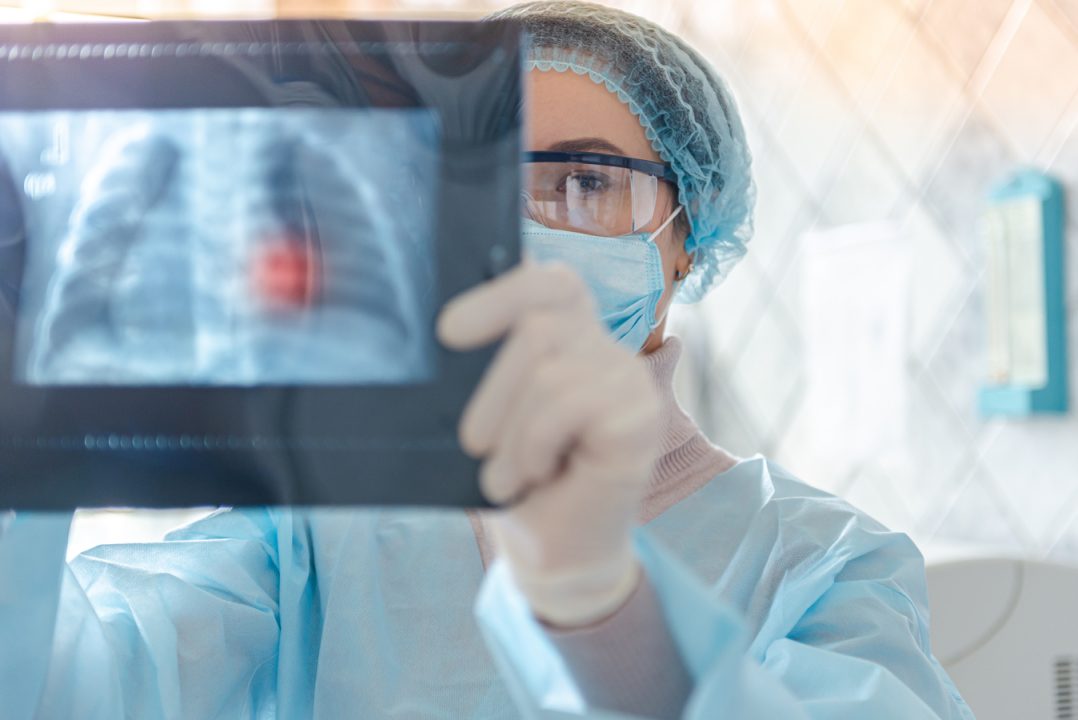 Researchers report that capmatinib, a targeted therapy, appears to provide clinical benefit to patients who have advanced lung cancer with specific gene mutations.

Their findings appear in the Sept. 8 issue of the NEJM/New England Journal of Medicine.

Capmatinib is a powerful and selective inhibitor of the MET protein. MET is involved with multiple processes within cells. Activation of the MET gene, which codes for the MET protein, happens in a variety of cancers. Among patients with non–small-cell lung cancer (NSCLC), MET exon 14 skipping mutations occur in 3 to 4%, and MET amplifications occur in 1 to 6%.

“Capmatinib, a selective inhibitor of the MET receptor, has shown activity in cancer models with various types of MET activation,” the authors noted.

The investigators conducted a phase 2 study evaluating capmatinib therapy in patients with MET-dysregulated advanced NSCLC. They assigned subjects to cohorts according to previous lines of therapy and MET status (MET exon 14 skipping mutation or MET amplification according to gene copy number in tumor tissue).

They reported that, among subjects with NSCLC with a METexon 14 skipping mutation, overall response was 41% of 69 subjects who had received one or two lines of therapy previously and in 68% who had not received treatment previously. Median duration of response was 9.7 months and 12.6 months, respectively.

They reported limited efficacy among previously treated subjects with MET amplification who had a gene copy number of less than 10 (overall response in 7 to 12% of patients).

Among subjects with MET amplification and a gene copy number of 10 or higher, the researchers found an overall response rate of 29% of previously treated subjects and 40% of those who had not received prior treatment.

Most frequently reported adverse events were peripheral edema (51% of subjects) and nausea (45% of subjects), and the symptoms were manageable.

“There are many advances in NSCLC treatment that are helping people live longer and better with their disease, and it is really important that all newly diagnosed patients with NSCLC get broad molecular profiling to determine what their optimal first-line therapy should be,” said senior author Rebecca Suk Heist, MD, investigator in the Massachusetts General Hospital/MGH Cancer Center in Boston and associate professor of medicine at Harvard Medical School. “If we don’t test, we don’t know.” Heist noted that MET exon 14 skipping and amplification join a number of other drivers of NSCLC for which researchers have developed targeted therapies. “It is critically important that all patients have their lung cancers tested for these to know whether there is a targeted treatment option or not,” she said.

Results from this study became the basis for the (US) Food and Drug Administration’s May 2020 approval of capmatinib for the treatment of NSCLC patients with MET exon 14 skipping.