Tackling the risks with sodium valproate in pregnancy 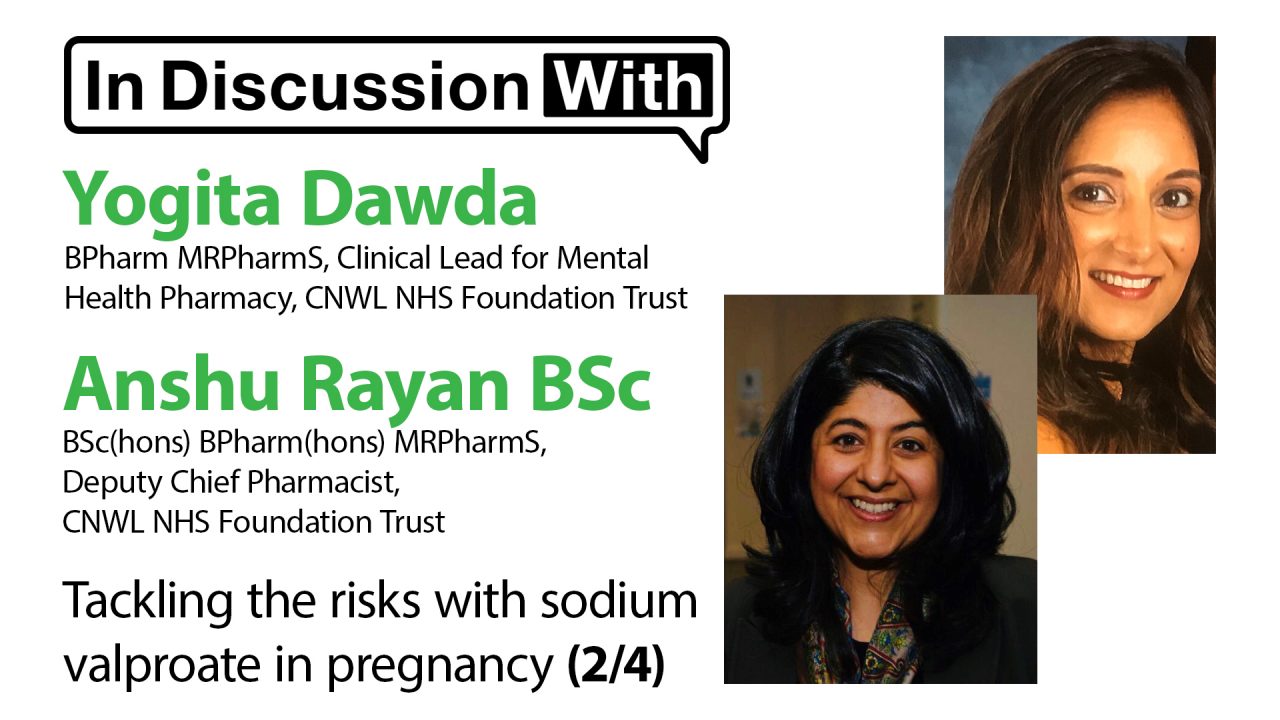 The pregnancy prevention programme is critical for women who have to take valproate during pregnancy and it is bolstered by a battery of other measures, according Yogita Dawda, Clinical Lead for Mental Health Pharmacy, CNWL.

The details of the valproate pregnancy prevention programme (PPP) are set out in guidance from the Medicines and Healthcare Products Regulatory Agency (MHRA).  The first provision is that valproate should only be used if there is no alternative, for example, this could be because other treatments are ineffective or cause intolerable side effects. If this criterion is met then the health care professional (prescriber) needs to confirm that the patient has a negative pregnancy test and talk the patient through a detailed Risk Acknowledgment Form. “The patient needs to be present; the patient actually needs to sign to say that they have been informed of the risks and understand the need to avoid pregnancy whilst they’re on treatment”, emphasises Ms Dawda. “The health care professional must provide information in the form of a ‘prevent patient guide’ as well, so that the patient knows exactly what is required of them and that includes also …. [using] highly effective contraception throughout treatment. In addition to this, the healthcare professional must also review the patient at least annually to make sure nothing’s changed and at that time repeat the Risk Acknowledgement Form to make sure all the checks are done again”, she adds.

Other measures have also been introduced at national level.  The Cumberlege report – First do no harm – was an independent medicines and medical device safety review. It acknowledges that there were many women who had received valproate during pregnancy and been exposed to the risks.  “Amongst other recommendations, there was a requirement to establish a valproate safety implementation group. Now, this group works with patients to reduce harm and improve the safety use of valproate – that’s really, really important”, says Ms Dawda. Manufacturers have now added warnings about the risks in pregnancy on the outer packaging of valproate products.

“When the pregnancy prevention programme came into place there was guidance from the Royal College of Psychiatrists …… but also [the] MHRA and Chief Pharmaceutical Officers wrote to pharmacists explaining to them that they need to issue a patient information leaflet each time they issue a prescription or valproate. Sometimes that worked well – unfortunately other times it didn’t. …Now there’s

proposals being put in place to make sure that valproate is actually dispensed in the original manufacturer’s packaging and not in a white carton so that that warning that’s on there is actually provided each time a patient is issued a prescription”, explains Ms Dawda.

A valproate registry was also established “to make sure that we can identify those women and girls who are prescribed valproate. I guess there’s lots of very good practices – it’s just about having that joined up approach”, she adds.

CNWL participates in a national POMH (Prescribing Observatory for Mental Health) audit that is led by the Royal College of Psychiatrists. This helps to benchmark practice at CNWL, says Ms Dawda

“We also have a valproate register [with] which we have developed a real-time report using a data analytics tool called Tableau which allows us to monitor our practice and compliance against the pregnancy prevention program requirements.  More recently we’ve also implemented an exciting initiative – a co-production project [with patients and carers]”, she says.