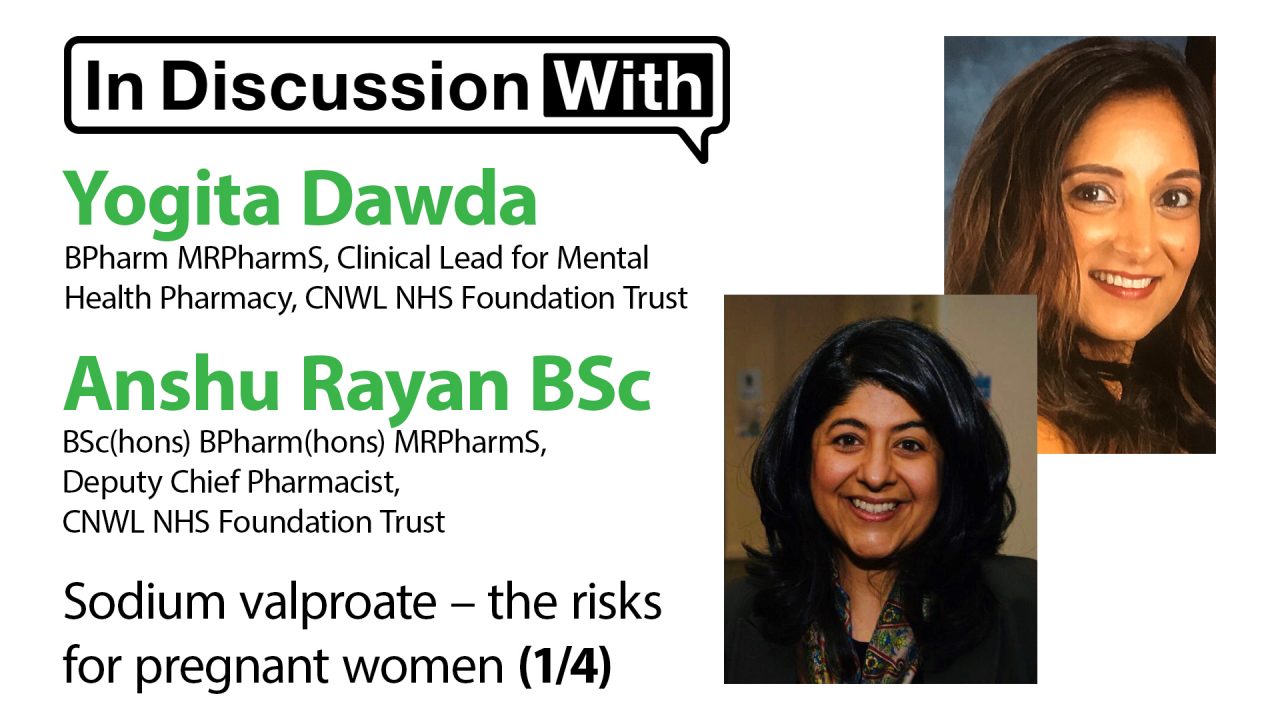 A recent newspaper article drew attention to the increased risks of birth defects in children of mothers who have taken sodium valproate during pregnancy. IMI spoke to experienced mental health pharmacists, Yogita Dawda and Anshu Rayan to find out more about the risks and what can be done to raise awareness and minimise risks.

As deputy chief pharmacist at Central & North West London (CNWL) NHS Foundation Trust Anshu Rayan is responsible for the management of medicines optimisation and pharmacy services across the division.  Yogita Dawda is the Clinical Lead for Mental Health Pharmacy at CNWL – a post in which “no two days are the same”, she says.  As an independent prescriber she runs a clinic in community mental health, mainly for patients with complex medication needs. She is also a member of a multi-disciplinary team (MDT) that “looks at patients who have frequent readmissions or long lengths of stay or just generally are difficult to treat”.

Ms Dawda explains: “There are various forms of valproate … sodium valproate, [valproic] acid and valproate semi-sodium. It also has various different brand names ….Epilim is probably the most common one. Valproate is most commonly used to treat epilepsy or as a mood stabiliser”.

Ever since its introduction in the 1970s sodium valproate has carried a warning about the risk of possible birth defects and the warnings have been updated over the years as more evidence has emerged. “The most recent evidence suggests that [for] children exposed to valproate during pregnancy, there’s a one in ten … risk of birth defects and up to four out of ten are at risk of developmental disorders – so the risks are really, really high”, says Ms Dawda.

This led to the introduction of regulations in 2018 and guidance from the Medicines and Healthcare Products Regulatory Agency (MHRA) “that banned the use of valproate in women [or] girls who are capable of becoming pregnant, and that’s regardless of age or indication and no matter how unlikely or how careful they plan to be unless they are under what’s called a pregnancy prevention program – also known as ‘prevent’ – and all of the conditions of that prevent program need to be met as well”, explains Ms Dawda.