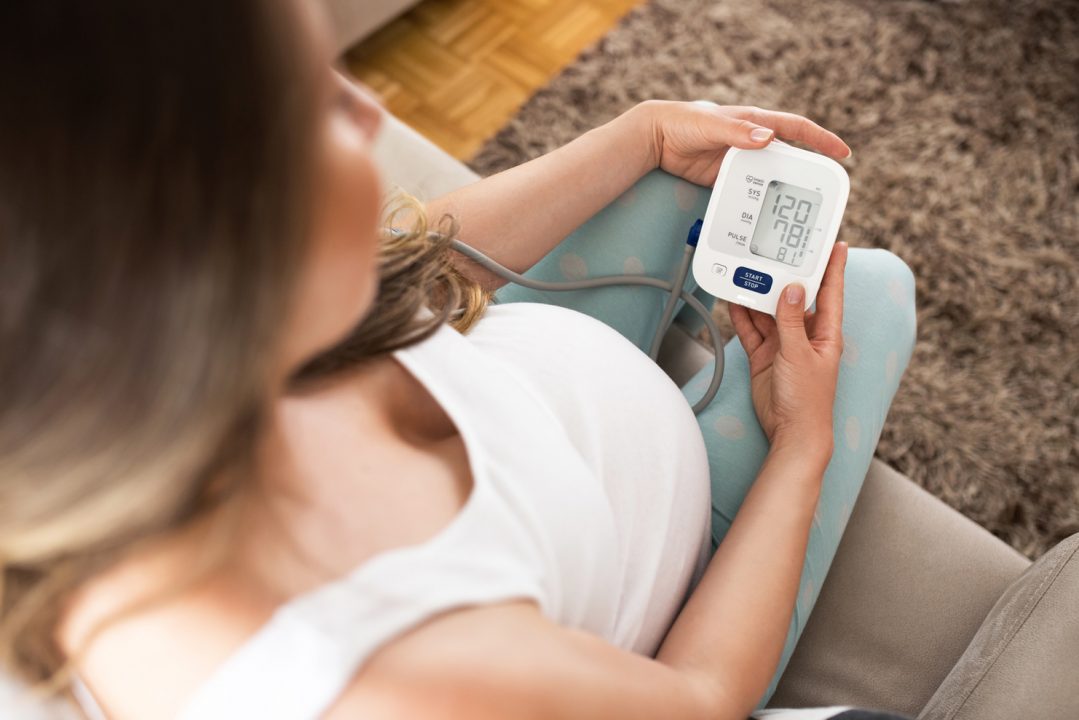 Treatment for high blood pressure during pregnancy appears safe for many women and may reduce maternal risk for severe hypertension without increasing fetal and neonatal risks, according to a new American Heart Association scientific statement published in the Association’s journal Hypertension.

A scientific statement is an expert analysis of current research and may inform future clinical practice guidelines. In this statement, “Hypertension in Pregnancy: Diagnosis, Blood Pressure Goals, and Pharmacotherapy,” experts in obstetrics and gynecology, maternal-fetal medicine, cardiology, nephrology, hypertension and internal medicine reviewed and analyzed quality studies focusing on high blood pressure during pregnancy including gestational hypertension and preeclampsia/eclampsia.

The latest American Heart Association statistics indicate hypertension during pregnancy, defined as a systolic pressure (the top number in a blood pressure reading) of 140 mm Hg or higher, is the second leading cause of maternal death worldwide. Severe cases are associated with increased risks of cardiovascular complications for mothers immediately or soon after delivery, and for years after pregnancy. Hypertension during pregnancy increased the risks for complications for the offspring such as preterm delivery, small for gestational age and low birthweight. Rates of hypertension during pregnancy are increasing globally, and the data indicate that it disproportionately affects women who are from diverse racial and ethnic backgrounds in the U.S., particularly those who are Black, American Indian or Alaskan Native.

The goals of treatment during pregnancy include preventing severe hypertension and preventing early delivery to allow the fetus time to mature before delivery.

“For decades, the benefits of blood pressure treatment for pregnant women were unclear. And there were concerns about fetal well-being from exposure to antihypertensive medications,” said Chair of the statement writing group Vesna D. Garovic, M.D., Ph.D., a professor of medicine, chair of the division of nephrology and hypertension with a joint appointment in the department of obstetrics and gynecology at Mayo Clinic in Rochester, Minnesota. “Through our comprehensive review of the existing literature, it is reassuring to see emerging evidence that treating high blood pressure during pregnancy is safe and effective and may be beneficial at lower thresholds than previously thought. Now, we have the current statement focused on hypertension during pregnancy to help inform optimal treatment and future research.”

According to the statement, among high-income countries, the United States has one of the highest hypertensive-related maternal mortality rates. Cardiovascular disease, which includes stroke and heart failure, now accounts for up to half of all maternal deaths in the U. S, and pregnancy-related stroke hospitalizations increased more than 60% from 1994 to 2011. Preeclampsia, which occurs when hypertension during pregnancy is accompanied by signs of liver or kidney problems such as protein in the urine, affects 5% to 7% of pregnancies and is responsible for more than 70,000 maternal deaths and 500,000 fetal deaths worldwide every year, according to the American Heart Association.

“Given the rising number of cases of hypertension during pregnancy, together with hypertension-related complications, the problem has become a public health crisis, particularly among women from racially and ethnically diverse backgrounds,” Garovic said.

While the definition of hypertension for the general population is established at 130/80 mm Hg according to the 2017 in the American College of Cardiology (ACC)/ American Heart Association (AHA) Guideline for the Prevention, Detection, Evaluation and Management of High Blood Pressure in Adults, most guidelines worldwide define hypertension during pregnancy as 140/90 mm Hg.

There is a lack of consensus about when to start hypertension treatment during pregnancy because of concerns about how medications may impact the fetus. Several health advocacy groups recommend beginning treatment when blood pressure measures during pregnancy are from 140/90 mm Hg (Canadian guidelines) to 160/110 mm Hg (U.S. guidelines).

“Future studies should address whether lowering the threshold for treating hypertension during pregnancy might allow for safe and timely blood pressure control and avoid a rushed delivery because of uncontrolled hypertension,” said Garovic.

The statement also highlights these areas of concern: