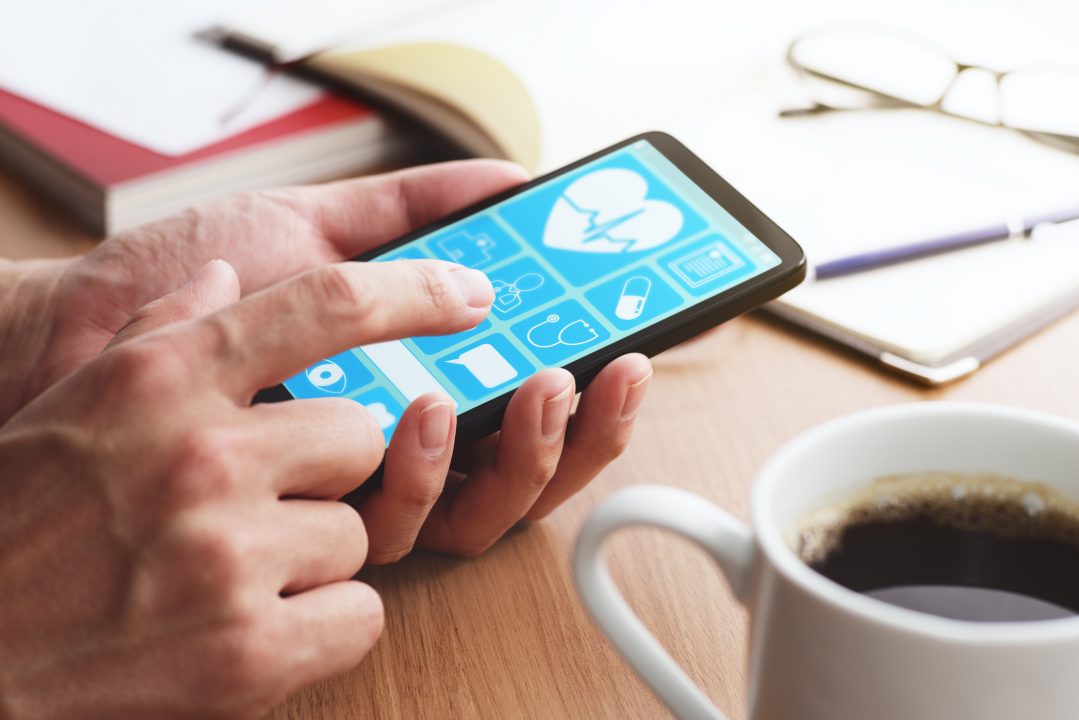 A Scripps Research team developed a smartphone app that can calculate users’ genetic risk for coronary artery disease (CAD) — and found that users at high risk sought out appropriate medication after using the app.

In the study, which appears in npj Digital Medicine in March 2022, the researchers detailed how their app called MyGeneRank inputs participating individuals’ genetic information from the 23andMe genetic testing company and outputs a CAD risk score based on the DNA data. Of the 721 participants who provided complete information, those with high-risk scores were much more likely to start using statins or other cholesterol-lowering therapies, compared to those with low-risk scores.

“We saw about twice the rate of statin initiation in the high genetic risk group vs the low genetic risk group, which indicates that strategies like this could make a big contribution to public health — heart disease being the largest cause of death globally,” says study senior author Ali Torkamani, PhD, professor and director of Genomics and Genome Informatics at the Scripps Research Translational Institute.

According to the U.S. Centers for Disease Control and Prevention, about 18 million American adults have CAD, the most common form of heart disease, which features the hardening and narrowing of arteries feeding the heart muscle. More than 300,000 Americans die of resulting heart attacks every year.

Statins such as atorvastatin and simvastatin, as well as other, non-statin drugs that reduce bloodstream levels of cholesterol and other fat-related molecules called lipids, are now widely used, and have helped reduce the annual death rate from CAD over the past two decades. But researchers estimate that in the US nearly half of men and about 10 percent of women between 45 and 65 years old are at least at intermediate risk of CAD — yet only about a third of these individuals take lipid-lowering drugs.

Calculating CAD risk scores and communicating that information via smartphone apps is now being considered as a highly scalable method for nudging more at-risk people to seek medical advice and get lipid-lowering medications when appropriate, thereby lowering the incidence of CAD and heart-attacks.

“We now have the opportunity to integrate a person’s genetics into their cardiovascular health assessment to help them better understand their individualized risk and empower them to make the necessary modifications — including the addition of statin therapy — to their risk factor optimization plans,” says first author Evan Muse, MD, PhD, a cardiologist and lead for cardiovascular genomics at the Scripps Research Translational Institute.

“Even if someone finds out they have low genetic risk for CAD, knowing their score can help — for example if they also know they have high risk overall, that may suggest other non-genetic factors like lifestyle are contributing to their risk and that they should consider making changes,” Torkamani adds.

The team is pioneering this app-based approach. They developed a free CAD-risk iPhone app, as well as an Android app. Users can link their existing 23andMe data and fill out consent forms and health-related surveys, including questions about the use of lipid-lowering drugs. The app can then calculate and share with the respondent a risk score based on the latest recognized genetic risk factors for CAD. The app then followed up approximately a year later with questions on the respondent’s current use of lipid-lowering medications.

The researchers promoted the apps at scientific conferences, conducted an advertising campaign on Facebook, and ultimately enrolled 3,800 eligible respondents, of whom 721 provided enough initial and follow-up information for the analysis.

The results were encouraging, according to the team. A key finding was that respondents who were not taking lipid lowering medication at the outset of the study, but were informed by the app that they had high gene-based risk scores for CAD, initiated lipid lowering therapy at more than twice the rate of those with low risk scores.

“On the whole it looks like a significant effect, especially considering that we were giving respondents only appropriately contextualized information about their gene-based risk scores — we weren’t directly telling them to go out and start taking medications,” Torkamani says.

He and his colleagues now plan to follow up this pilot study with larger and longer-term studies of CAD risk-scoring apps — studies that will include clinicians and will objectively record differences in cardiovascular health outcomes such as heart attacks.