Ivermectin in Peru – results that save lives 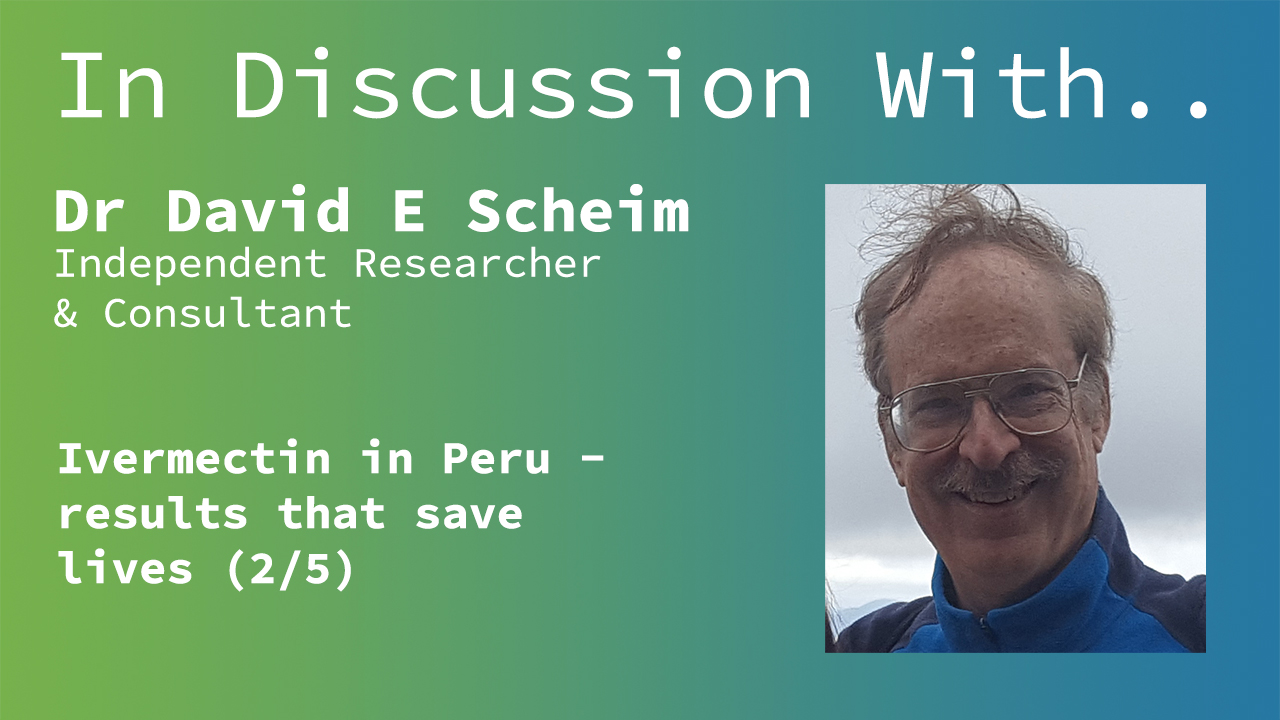 Dr David Scheim explains how the original analysis factored out confounders and showed a 74% reduction in deaths at 30 days as a result of intensive ivermectin distribution.

In their earlier paper Dr Scheim and his colleagues explored all of the possible confounding factors including seropositivity rates, household densities and social mobility but none of these could account for the sharp fall in deaths.  The current Kendall tau analysis shows a clear correlation between intensity of ivermectin use and falling death rates. There were 10 states where the army undertook mass distribution of ivermectin, in 14 states ivermectin distribution was handled by local organisations and in Lima state ivermectin use was restricted.

“The analysis shows that the ones with the highest density of distribution by far had a statistically significant larger drop in deaths. It averaged 74% over 30 days and this totally factors out any confounding factor”, says Dr Scheim.

The states where the army-led mass distribution was implemented were scattered throughout the country. The question of possible confounding factors is no longer raised, he comments.

Dr Scheim’s advice to Peruvian Government is that they should immediately resume mass distributions of ivermectin as they did before. “They should replicate Operation MOT that was reducing mortality by 74% over a month”, he says.