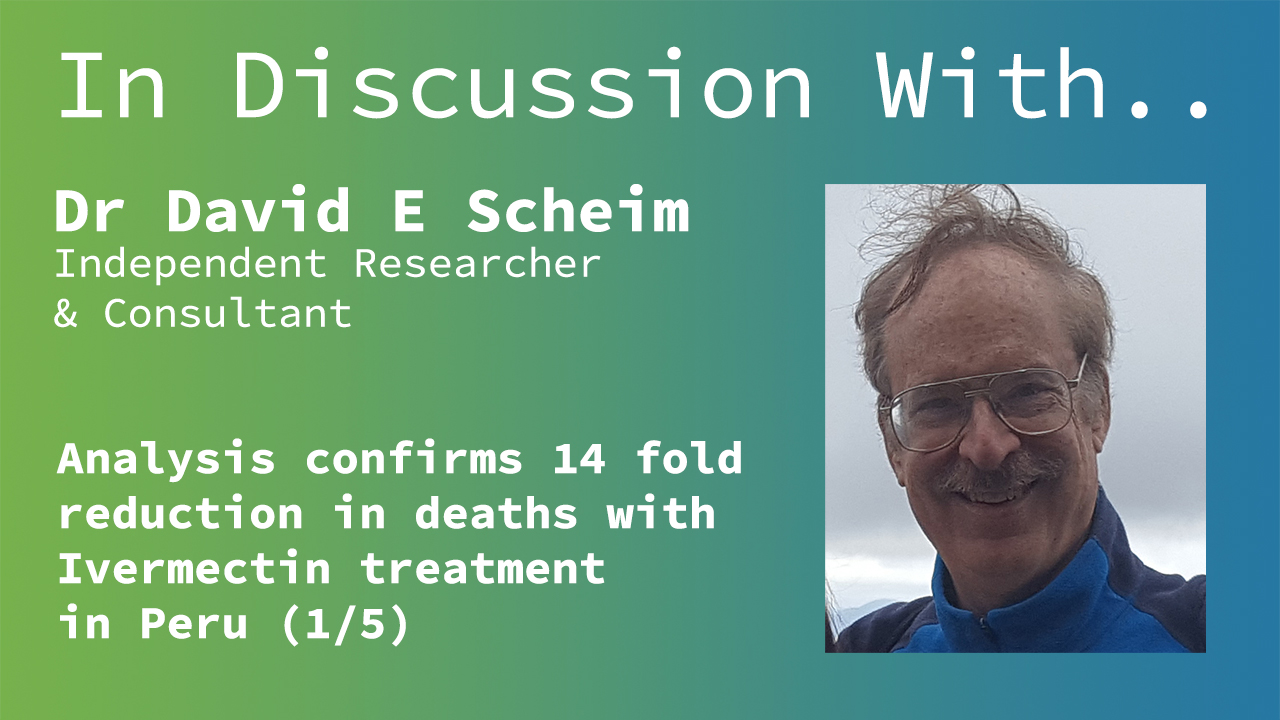 Further analysis of results from Peru has now shown that systematic treatment of the population for covid-19 with ivermectin resulted in a 14-fold reduction in excess deaths. IMI interviewed Dr David Scheim, an independent medical researcher based in Blacksburg, Virginia to find out more.

In a previous interview with IMI Dr Scheim described how mass treatment with ivermectin for covid-19 was started early in Peru and resulted in a sharp fall in excess deaths. The most dramatic results were seen in the states where an intensive, army-led distribution programme had been implemented (Mega Operación Tayta (MOT)).

Recently Dr Scheim and his colleagues undertook an updated analysis and found that during the four months before December 1st 2020 there was a 14-fold drop in the number of excess deaths in Peru. In November the new President took office and a “highly restrictive policy on ivermectin” was introduced. In the two months that followed excess deaths increased 13-fold. 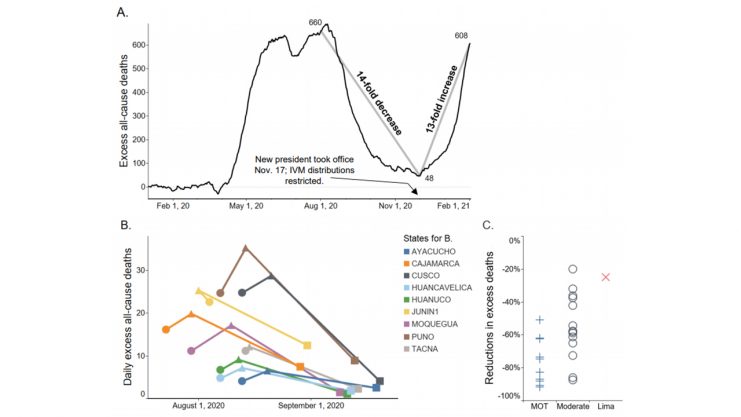 “You get a pretty good indication that the drop in deaths and then the rise had to do with the use and then the stoppage of ivermectin”, says Dr Scheim.

Closer, state-by-state analysis showed that the data could be separated into three distinct categories according to the extent of ivermectin use. “In some states it was very intensive, through an army programme, in 14 other states it was moderately intensive with local distributions and in one state, Lima, it was delayed three months, so, in the period of interest it was very restricted”, he explains.

Simple calculations had shown that excess deaths fell by a greater proportion with more intensive use of ivermectin. At 30 days after the peak of deaths, there was a 74% reduction in the intensive (MOT) states, a 53% reduction in the ‘moderate’ states and a 25% reduction in Lima. When tested statistically the correlation was highly significant.

“There’s a classic statistical analysis that you perform to check for effect and we did that and the p value was less than 0.002 which essentially means, in real-life terms, that it exceeds the threshold of conclusive effect by 25 times. So, in a clinical analysis it means there absolutely was a real effect”, says Dr Scheim.