A pharmacogenomic testing service involves more than simply reporting that a patient has a genetic variant that affects the way they respond to a drug. In a session devoted to pharmacogenomic testing in children, two experienced practitioners – Dr Shannon Manzi (Director, Safety & Quality, Department of Pharmacy, Boston Children’s Hospital) and Dr Cyrine E. Haidar (Clinical Pharmacogenetics Coordinator St. Jude Children’s Research Hospital, Memphis, Tennessee) described the issues that need to be considered and the systems that need to be in place.

Pharmacogenomics (PGx) is defined as the study of gene expression and its impact on both pharmacokinetics and pharmacodynamics of drugs. Increasingly it has been realised that many adverse reactions to drugs can be explained by pharmacogenomic variations and a growing number of drug-gene pairs is being identified. PGx testing allows phenotype classifications such as ultrarapid, rapid, intermediate normal and poor metabolisers, depending on gene expression. In turn this allows pharmacists to make recommendations about suitable doses and regimens for specific patients. Dr Manzi emphasised that PGx provides just one more piece of information and it is still important to understand the pharmacology of a drug to understand the implications fully.

Pre-emptive testing is useful in cases where it can prevent morbidity due to adverse drug reactions, for example. However, in Dr Manzi’s experience many children who have already experienced “a laundry list of adverse effects” are referred for pharmacogenomic testing. A number of commonly-encountered drug-gene pairs have been identified. These include   codeine and CYP2D6, ondansetron and CYP2D6, clopidogrel and CYP2C19, voriconazole and CYP2C19, warfarin and CYP2C19/VKORC1 and azathioprine and TPMT/NUDT15.

More than 50% of pharmacogenomic tests result in a clinically significant result, according to Dr Manzi.  Moreover, incidental PGx findings frequently identify important actionable genetic variants. This occurs when a patient is referred for one type of PGx testing but the investigation identifies other variants that may be unrelated to the referral indication but could have implications for the individual in future.

At Boston Children’s Hospital clinical decision support alerts related to PGx testing are only displayed when relevant to medication orders, in order to avoid ‘alert fatigue’. The pop-up alerts are displayed for both prescribers and pharmacists, she said.

Dr Manzi noted that, unlike biochemistry tests, pharmacogenomic test results are permanent. However, the interpretation may change over time as understanding advances and new guidelines are published – as has occurred for NUDT15/thiopurines and CYP2C9/NSAIDs, for example. This can mean that pharmacists have to contact patients years later to explain the implications for them. Pharmacists need to think carefully how they will make contact and how to frame the conversation appropriately, she advised.

There are a number of situations where pharmacogenomic test results for a patient could have important implications for other family members. Examples include genes with dominant expression such as CACNA1/RYR1 (which predisposes to the risk of malignant hyperthermia (MH) if given fluorinated anaesthetics and succinyl choline) and genes with X-linked inheritance such as G6PD.

MH is a potentially fatal inherited disorder involving the genes CACNA1 and RYR1. Because it follows an autosomal dominant inheritance pattern, finding an individual with one high-risk genotype inherited allele means that at least one parent is also susceptible to developing MH.

A case example illustrates how this might play out in practice. CS is a six-year-old boy who undergoes pre-emptive PGx and is found to have a high-risk variant of RYR1. He has three siblings who have not been tested. After the pharmacist explained implications, CS’s parent opted to have whole family tested.  The results showed that his father and one sister also carried the genetic variation and were potentially at risk of developing MH. Dr Haidar explained that it is essential to have the process of family testing in place in advance, before the broader implications of testing are discussed.

Another example of a finding that has implications for other family members is G6PD deficiency. This is an X-linked recessive disorder that affect males more than females. The condition affects about 400 million people worldwide, predominantly in Africa, Asia, the Mediterranean and Middle East. The most common symptom is haemolytic anaemia, triggered by infections, certain drugs, stress or foods. The G6PD gene is found on the X-chromosome, of which males have only one copy.

One important issue in this field is how the results of pharmacogenomic testing are made available to physicians and pharmacists who might care for the patient in adult life. Until a universal health record is available (in the US) health care practitioners will have to rely on the patient to keep a record of pharmacogenetic information and make prescribers aware of it, said Dr Manzi.  The time to mention it is when asked about allergies (not because it is an allergy but because it could be a factor that alters the response to some types of drug therapy), she suggested.

In summary, both speakers emphasised the importance of establishing processes for updating results when new evidence emerges and for discussing the family implications of incidental findings. 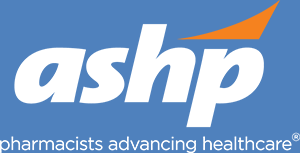