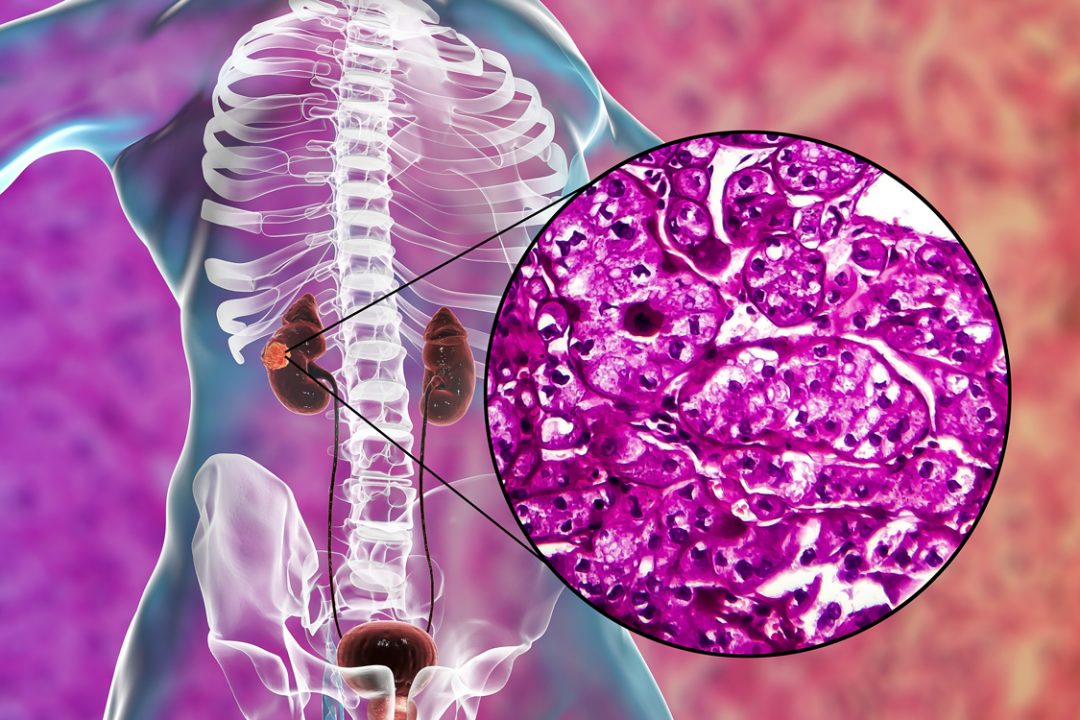 Immunotherapy with pembrolizumab after surgery significantly improves disease-free survival among patients with the most prevalent form of  kidney cancer, clear-cell renal carcinoma.

Researchers reported this finding on June 3, 2021 at the American Society of Clinical Oncology/ASCO 2021 Virtual Annual Meeting

“Despite surgery, recurrence is common in clear-cell renal cell carcinoma, and should it recur, there are limited curative treatment options for patients. Given the success of pembrolizumab in the KEYNOTE-564 trial, this population may soon have a new standard of care,” said ASCO Chief Medical Officer and Executive Vice President Julie R. Gralow, MD, Professor of Breast Medical Oncology and Professor of Global Health at the University of Washington School of Medicine in Seattle.

As background, the authors noted that pembrolizumab is a checkpoint inhibitor, immunotherapy treatment that improves immune system response to tumor cells by blocking a protein (PD-1) on the surface of the tumor cell. Since PD-1 blockage is a proven treatment for metastatic renal cell carcinoma, the researchers chose PD-1 as a target for the prevention of disease recurrence after surgery.

In the phase III KEYNOTE-564 study, investigators enrolled and randomized (1:1) 994 subjects to receive either pembrolizumab or placebo at least 12 weeks after surgery.

Patients were eligible for enrollment if diagnosed with histologically confirmed clear-cell renal cell carcinoma with intermediate high risk, high risk, or no evidence of disease after primary tumor and soft tissue metastases were completely resected ≤1 year from nephrectomy.

The investigators reported that, at 24 months median follow-up, subjects treated with pembrolizumab had achieved a 32% reduction in the risk of disease recurrence or death.

They also reported an estimated preliminary overall survival rate at 24 months of 96.6% with pembrolizumab, compared to 93.5% with placebo.

No treatment-related deaths were reported among pembrolizumab-treated subjects.

“Pembrolizumab may provide a promising treatment for patients for whom there are few therapy options. KEYNOTE-564’s disease-free survival supports pembrolizumab as a potential new standard of care in the adjuvant setting to delay disease recurrence for patients with fully resected clear cell RCC,” said lead author Tony Choueiri, MD, Director of the Lank Center for Genitourinary Oncology at the Dana Farber Cancer Institute in Boston and Professor of Medicine at Harvard Medical School in Boston.