Home  ›  News  ›  Practices and Services  ›  Diagnostics  ›  Perfect for some but disastrous for others’: Patients and clinicians express concerns over phone and video consultations

Perfect for some but disastrous for others’: Patients and clinicians express concerns over phone and video consultations 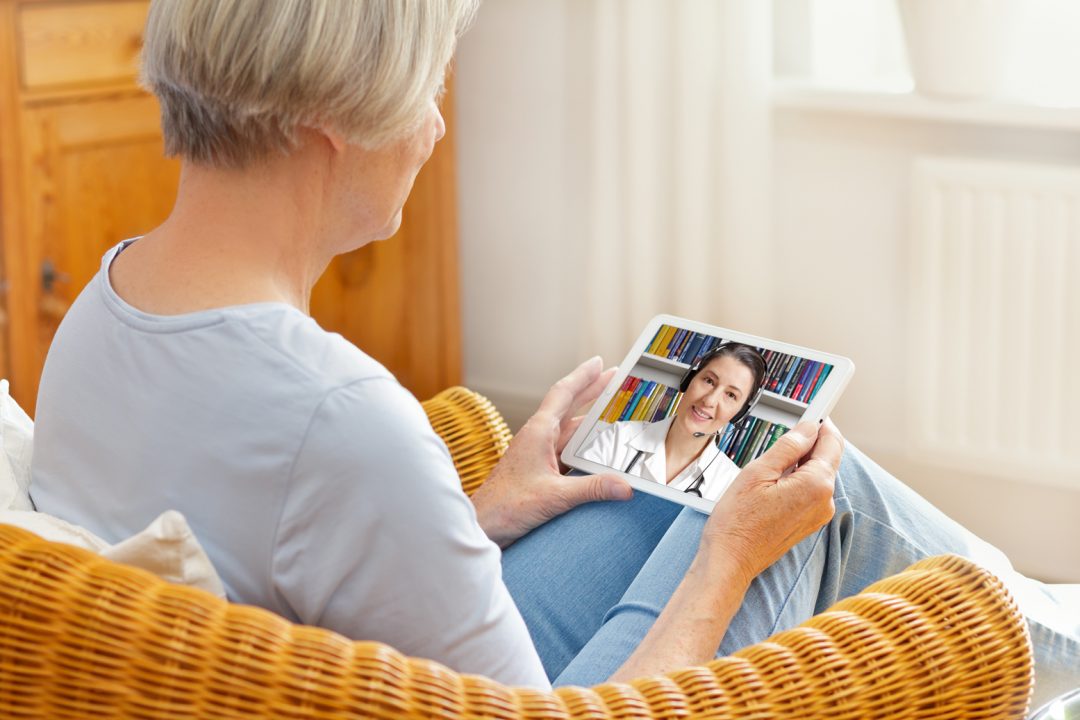 A study of rheumatology patients and clinicians has found that while the majority found phone or video consultations more convenient than face-to-face consultations, they viewed so-called telemedicine as less diagnostically accurate than in-person consultations and as having the potential to increase health inequalities and barriers to accessing appropriate care.

A key finding was that the vast majority of respondents — 86% of patients and 93% of clinicians — felt that telemedicine was worse than face-to-face consultations for accuracy of assessment, with some reporting misdiagnoses.

One rheumatology patient explained: “My rheumatologist cannot see or hear how I move, look at my skin, eyes, hair, hands, bones, how I am…I was diagnosed with something over the phone, which I know isn’t right, and it’s getting worse.”

Melanie Sloan, lead author from the Primary Care Unit at the University of Cambridge, said: “The pandemic has had a major impact on the ability of healthcare professionals to see their patients face-to-face, and this has led to a significant increase in the number of telemedicine consultations. While these are undeniably safer in terms of COVID risk, there had been little research previously on the impact on patient care, particularly for more complex conditions.”

In a study published today in Rheumatology, researchers at the University of Cambridge, working with a wider national team including expert consultants, patients and psychologists, examined the pitfalls and benefits of telemedicine for patients with chronic diseases.

Between April 2021 and July 2021, a total of 1,340 patients and 111 clinicians completed online surveys. The team also conducted in-depth interviews with 31 patients and 29 clinicians. The majority of patients were from the UK (96%) and had inflammatory arthritis (32%) or lupus (32%).

This is the first telemedicine study to have combined data from rheumatology patients, GPs and hospital clinicians. In addition to less accurate assessments, the team found several other major disadvantages and risks associated with telemedicine.

Clinicians highlighted the importance of a quick response to ‘flaring’ patients with a rapidly worsening condition, but only about half of patients were confident that they would receive a quick response to an urgent request for medical advice within 24-48 hours from their GP or hospital team. Many patients were grateful for prompt responses despite the challenges facing clinicians, but others reported still struggling to get through administrative systems to receive any kind of response or appointment.

“Waiting for a call back after 4 voicemails…feel sad and scared knowing that when I really need medical help I have no-one,” said one young lupus patient.

There was concern, too, that telemedicine increased the potential for inequalities in treatment. Certain groups of patients were perceived to be at a substantial disadvantage. These included those with undiagnosed or more complex conditions, for whom English was not a first language or who had hearing, cognitive or speech difficulties, and patients experiencing socio-economic disadvantage or mental health difficulties.

“We’ve had some local Practices only allowing contact through econsult, so that means that if you can’t use it, you’re elderly, English not your first language, you’ve got learning difficulties… it’s not fair. They’re doing that whole barrier to protect their time,” said one senior GP.

Over 60% of clinicians and patients found telemedicine more convenient than face-to face consultations, pointing to benefits that included COVID-19 safety, no travelling and reduced waiting times as benefits. This was especially the case for those in employment, and for patients feeling well for quick check-ins, prescriptions or administrative queries or those who struggled to get to appointments as discussed by this female lupus patient:

“I am very glad that telemedicine has become an option as it not only makes me feel more relaxed and safer, but I often have great difficulty getting to hospital,” said a lupus patient.

However, some respondents, particularly clinicians, raised concerns that telemedicine may be over-used by the NHS and hospital management as a cost and time-saving measure, rather being than in patients’ best interests. Clinicians — only 3% of whom felt telemedicine overall was better than face-to-face — and patients had rarely been consulted as to their preferences. Clinicians felt the NHS and managers wanted a higher proportion of appointments to be telemedicine than their own preferences.

Sloan added: “Our research exposes the inherent risks and benefits of telemedicine for patients with complex conditions, which may have important implications for patients who have other serious or unpredictable long-term conditions.

“As the NHS develops a telemedicine strategy, we hope there will be a thorough assessment of the clinical and psychological risks and steps taken to mitigate those risks, as well as action to address the possibility of worsening existing health inequalities for those less likely to be able to benefit from remote consultations.”

The research team concluded that telemedicine’s acceptability and safety can be improved by training for clinicians, offering patients more choice, careful selection of which patients to offer telemedicine to, and further consultation with clinicians and patients on its use.

Professor Caroline Gordon, from the Institute of Inflammation and Ageing at the University of Birmingham and study co-author, said: “Some stable rheumatic disease patients can benefit from telemedicine but new patients, those with worsening symptoms or more complex conditions such as lupus need quickly accessible, face-to face appointments to manage their conditions.”

Senior author, Dr Felix Naughton, from the University of East Anglia, added: ”Of greatest concern was the great variability in accessibility to care. Approximately half of all patients felt they would not receive a prompt response when very unwell, often citing increased barriers due to some remote contact and administrative systems that are not yet efficient enough to cope with the sudden move towards telemedicine.”

One senior clinician study participant summed up the overall feelings of many: “The rapid digitalisation and use of telemedicine must stay but appropriate patient selection is key, it is perfect for some but disastrous for others.”