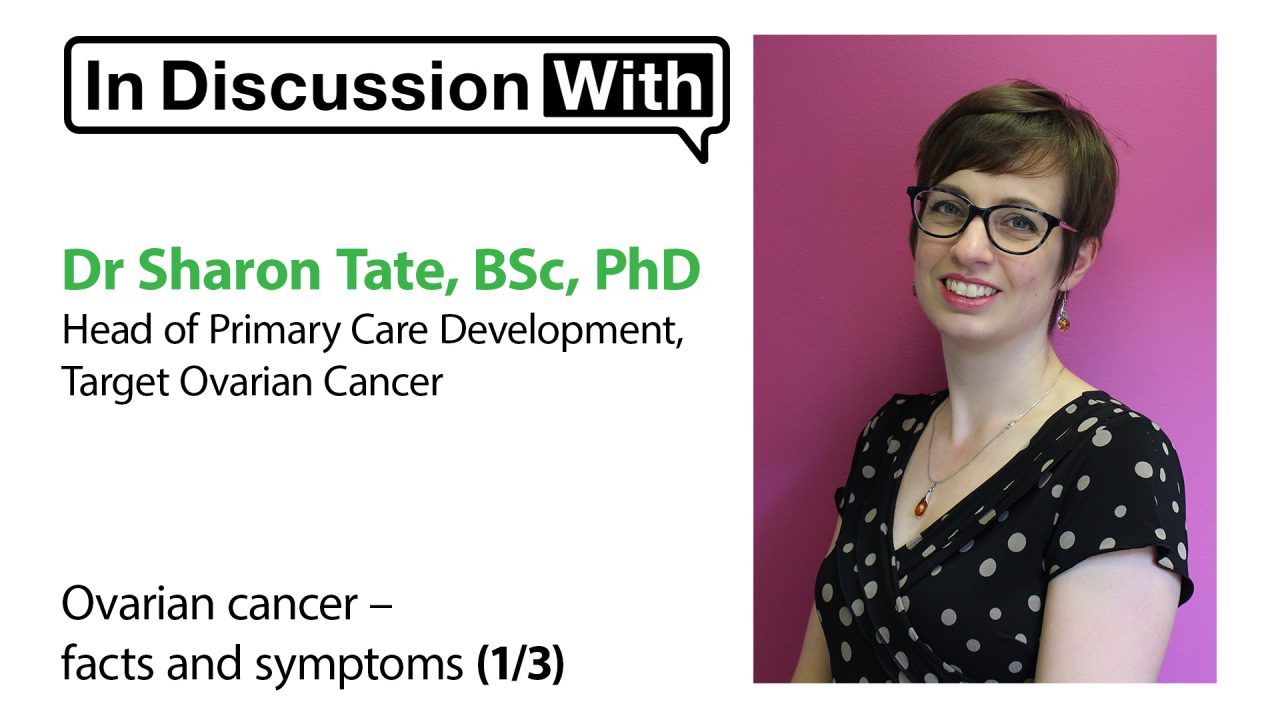 Two thirds of UK women with ovarian cancer are diagnosed late when the cancer has spread and is difficult to treat.  IMI spoke to Dr Sharon Tate, Head of Primary Care Development, Target Ovarian Cancer (TOC) to find out more.

More than 7000 women, mainly over the age of 50 years, are diagnosed with ovarian cancer every year in the UK. “However, approximately 20 per cent of cases are diagnosed in women under that age and this is often associated with a family history or a known genetic mutation in one of the BRCA1 or BRCA2 genes”, says Dr Tate.  Age is the biggest risk factor for ovarian cancer, followed by family history.

“Unfortunately, at the moment the majority of women are diagnosed with advanced disease – disease that has spread outside of the ovary. But what we do know is that when the disease is diagnosed at the earliest stage, nine in ten women will survive”, she explains. Currently, two-thirds of women are diagnosed late when the cancer is harder to treat and this has a devastating impact upon the long-term outcomes for women. Every day 11 women die from ovarian cancer in the UK.

One of the big challenges at present is an “awareness crisis” about ovarian cancer.  Recent work by TOC showed that four out of five UK women do not know that bloating is a key symptom of ovarian cancer. “We also know …. that, sadly, GP training is woefully inadequate. Knowing the symptoms is the best weapon that we all have against this disease – there is no screening so it’s up to the individual and their GP”, says Dr Tate.

“The most commonly-reported symptoms are persistent bloating, abdominal pain, feeling full or [having] difficulty eating and needing to wee more urgently or often”, she says. Women can experience marked abdominal distension (bloating) and may even need to buy new clothes to accommodate the increase in size. Early satiety typically appears as, “women who maybe sit down to a meal that they would   normally be able to eat quite easily – suddenly they’re in a situation where they’re taking a couple of mouthfuls or getting through half a meal and they just physically cannot manage anymore”, she says. Another symptom is changes in bowel habit, such as new-onset diarrhoea or constipation. The important point here is that such symptoms are new and are not normal for the individual, emphasises Dr Tate. There may also be the sort of symptoms that are common to many cancers such as extreme fatigue and unexplained weight loss.

A number of factors contribute to late diagnosis of ovarian cancer. There is a lack of awareness of symptoms amongst the general public and GPs. In addition, NHS systems are not always in place to support GPs in making early diagnoses for this condition. TOC is working to address all of these issues. “We’re currently calling for a dedicated symptoms awareness campaign across the UK so that we can finally make some progress on public awareness”, says Dr Tate. “As an organization we offer a comprehensive range of training and education materials for GPs including e-learning modules with BMJ Learning and the RCGP, that you can find on our website and we also have a project … that is seeking to overcome some of the delays [and] to address some of those systematic barriers that may be causing delays in diagnosis “, she adds.