Next steps – improving safe use of medicines 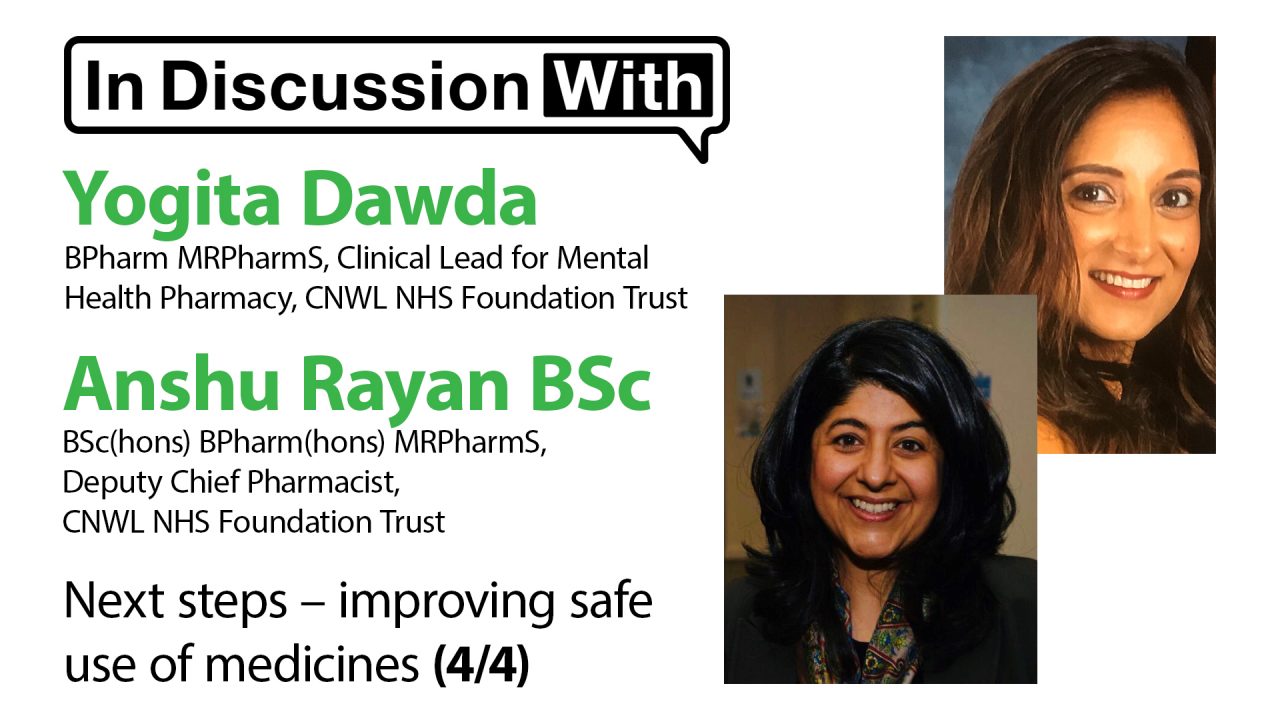 The video-based medicines information project at Central & North West London (CNWL) NHS Foundation Trust builds on input from patients and carers and could be put to wider use, according to pharmacists Anshu Rayan and Yogita Dawda.

Community pharmacists and others could also have access to the information and videos that have been developed. Ms Rayan says, “the information and the videos are freely available on our website…  [Regarding high-risk mental health medication] we have some films on clozapine and lithium. These were, as I mentioned, designed really for our population, however if people did want to use them, they could contact us”.

Updating of content behind the QR links is straightforward for the team.  Ms Rayan explains that the QR code remains unchanged but the content on the platform behind it can revised and updated. “We do have a governance risk process whereby we have to review the content and make sure that it’s accurate at the time and so, we can actually tweak or reshoot the videos and depending on the feedback we get”, she says. “For example, we did have some videos on the covid

vaccine which was back in June and actually we had to put a caveat to say this was filmed in June – obviously [there have been] a lot of developments since then”, she adds.

The approach that has been developed could now be applied to other topics. Two topics that the team has in mind are pre-exposure prophylaxis (PrEP) for HIV and opioid substitution therapy and prevention of overdosage.

Ms Dawda says that the team would like to look at over-prescribing and de-prescribing and also trying to provide people with tools to remain well when they’re discharged from hospitals [and] so prevent readmissions, which are very common in mental health services.

In future, Ms Rayan would like to see the concept utilised more widely, particularly by the MHRA and the pharmaceutical industry. It would, of course, be important to preserve the co-production aspect and ensure that input from patients and carers continues, she emphasises.

Ms Dawda foresees a number of potential applications. One idea would be to use the approach to train health care professionals in the use of a good checklist when counselling patients about high-risk medicines.  The approach would also lend itself to tackling the special needs of people with different ethnic backgrounds or people with disabilities, for example, those who need braille to access information. “So, just not excluding anybody really – to make sure that they have information at their fingertips”, she says.