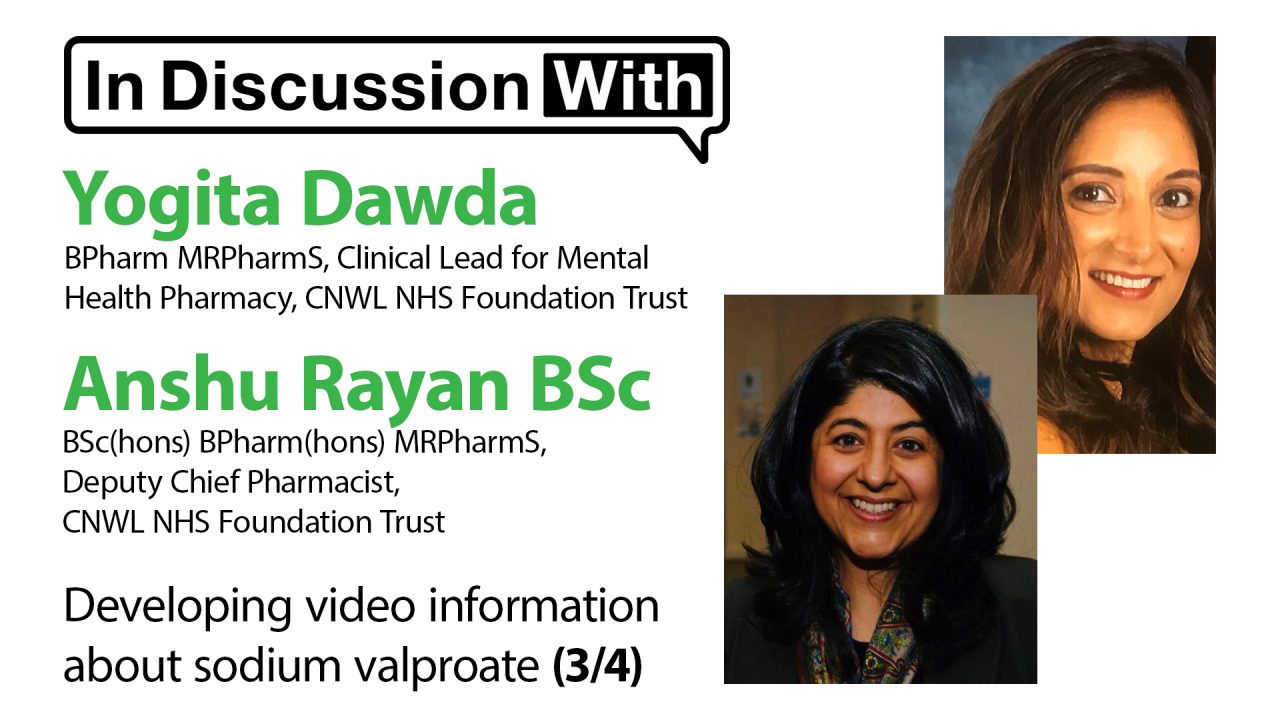 Emotionally engaging valproate information videos that can be accessed via QR codes have been developed in collaboration with patients and carers at Central & North West London (CNWL) NHS Foundation Trust, according to Anshu Rayan, Deputy Chief Pharmacist.

Ms Rayan explains that the team at CNWL has worked in partnership with Dr James Ohene-Djan from the Computing Department at Goldsmiths University to develop videos to provide medicines information to service users, carers and other healthcare professionals. The videos can be accessed in several ways including via QR codes that can be attached to medicine packaging.  The videos, which have tackled not only valproate and pregnancy risks but also other high-risk mental health medicines, have subtitles and also a facility for translation into different languages, she says.

When medication is dispensed at CNWL a QR code is applied to the pack to allow patients to go straight to the video.

Ms Rayan says: “When they receive their medication, on the packaging – and Yogi’s mentioned that it’s the original packaging for valproate – we add a sticker which says, “Please read for further information”, so we’re not only relying on the physical patient information leaflet we are enabling patients to scan the QR code link straight to the video. [It] has some narrative about valproate and the risks that Yogi’s outlined as well as a dialogue which makes it really emotionally engaging, because it’s a conversation between a pharmacist and a patient asking questions about what to expect with valproate and what the risks are, so that they really know what they’re being prescribed and the risks around it.”

Inevitably the team has faced some challenges as the videos have been developed. Ensuring that they have accurate translations into other languages was one challenge and helping people to understand the concept was another. Now they would like to see recognition by the MHRA and the pharmaceutical industry that this method for providing information is helpful. “We’ve had extremely positive feedback not only from service users and carers but also our healthcare professionals – because it could also be used as a tool for training so, for example, if a

practitioner was unsure about all the facts around the pregnancy prevention program and what needs to be included in that conversation, this is there to support them as well”, says Ms Rayan.