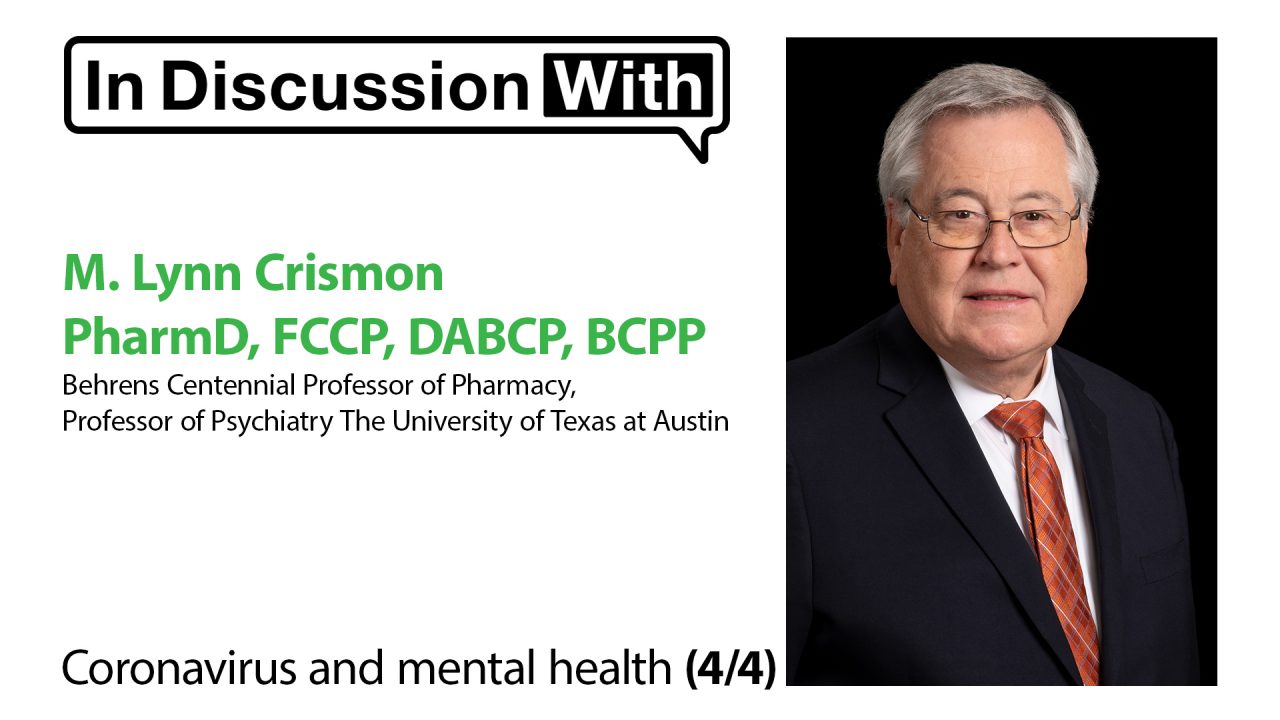 The coronavirus pandemic has had a huge impact on mental health in general but especially on health care workers and on children, according to Professor Lynn Crismon.

Commenting on the impact of the coronavirus pandemic on mental health Professor Crismon says, “the incidence of depression has increased, the incidence of suicide attempts has increased in the United States, the incidence of drug misuse has increased as well”. In addition, health care workers have been impacted by exposure to the virus and also by long working hours. “At least in the United States – I don’t know it’s the same way in the UK – we have a real shortage of almost everybody because the burnout rate is extremely high. People are dropping out of the workforce because they just can’t they can’t tolerate any more”, he says.

“I don’t think we can over emphasize the impact that covid has had on children. They’ve really missed out on a lot of their socialization and their social development that that they get at school and through social organizations and team athletics. The pressure that is that is put on parents in terms of trying to do home schooling [is immense]. I can’t imagine taking a first grader and then trying to learn on Zoom – it’s hard enough for college students”, he adds.

“Psychiatric pharmacy is really all about people and working with people and caring for people”, says Professor Crismon. Diagnosis hinges on talking to people and assessing symptoms.  In future biomarkers may be available for routine use but at present these are only research tools.  “People with severe mental illnesses have challenges with taking their medications and so for a community pharmacist, interventions to improve adherence are really important. In fact, in the United States we have some specialty pharmacies that only take care of individuals that have mental illnesses and they’re usually part of a public mental health clinic. in many states in the United States now, including Texas, a pharmacist can get reimbursed by the public insurance for giving long-acting antipsychotics by [intramuscular] injection and so there are even opportunities from that standpoint for those that want to specialize”, he explains. Some pharmacists undertake comprehensive medication management in collaboration with psychiatrists and one of Professor Crismon’s colleagues has specialised in working with chronic pain patients.