Working with the Navajo people and a case of bubonic plague 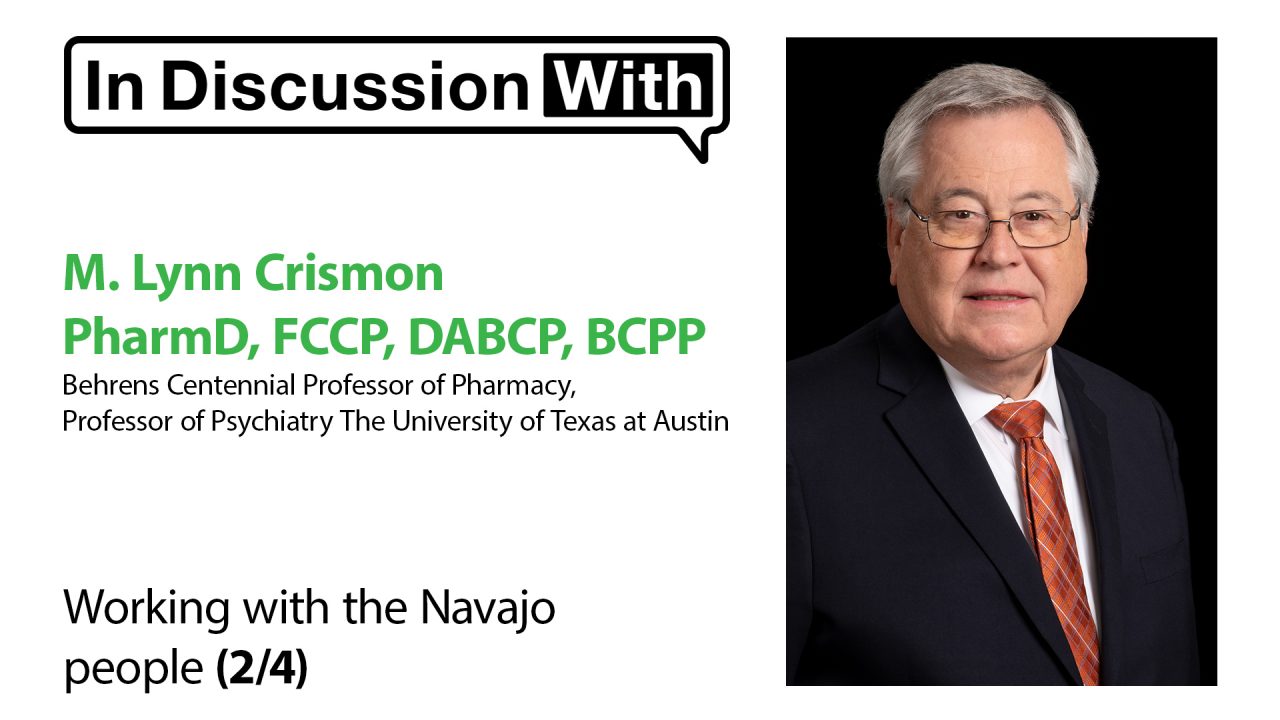 Early in his career Professor Lynn Crismon worked in the US Public Health Service on the Navajo reservation where he learned much about communicable diseases, including bubonic plague.

The US Public Health Service (PHS) is a federal agency that addresses public health issues in the United States. The National Institutes of Health (NIH) and the Centers for Disease Control and Prevention (CDC) are both parts of the Public Health Service as are the health care that’s provided in federal prisons and the Indian Health Service.  Most of the health care professionals are commissioned into the (non-military) uniformed services explains Professor Crismon.

After graduation he learned that “the level of pharmacy practice, in the United States at least, was probably higher in the Indian Health Service than it was anywhere else”, and this stimulated him to apply for a post in the service. He was posted to the Gallup Indian Medical Center (in Gallup, New Mexico) which is the referral hospital for the Navajo Indian reservation. The Navajo reservation is about the same size as the state of West Virginia (ca 62,000 sq. Km, about twice the size of Belgium) and is largely rural. “In fact, it was pretty much a third world country inside the United States in northern Arizona, western New Mexico and in a bit of southern Utah – very few towns, a few little villages”, says Professor Crismon. “Most of the people lived in the country, over half of them didn’t have running water or plumbing. They might use a community well that was within a 30- or 40-mile radius and so there were a lot of communicable diseases that that were associated with general poor public health. At that point in time most didn’t speak most didn’t speak English”, he continues.

He had only been in post for a short time when he was called to attend a cardiac arrest on a paediatric ward. The patient was a 13-year-old Navajo girl who was thought to be suffering from bubonic plague.

He recalls, “The parents did not speak any English and there is no word in Navajo for autopsy. The closest thing would be ‘butcher’ and obviously you’re not going to ask a parent whether you that you can butcher their daughter and so we did CPR (cardio pulmonary resuscitation) on this girl for at least two hours so that the infectious disease physicians could collect all the samples that they needed to be able to confirm that she had bubonic plague and also to confirm that she did not have pneumonic plague, which would have made it highly contagious”.

During the procedure he helped with the prolonged CPR and was exposed to the girl’s saliva.  It turned out the she did have bubonic plague and he had to take a prophylactic course of tetracycline. It was, he says “an interesting introduction to practice for a brand-new pharmacist”.

Unlike the outbreaks in Europe in the Middle Ages where the plague bacteria were carried by fleas on rats, on the Navajo reservation they were carried by fleas on prairie dogs. “People’s dogs would go out and hunt and they’d stick their heads down in the prairie dog mounds and the fleas would jump on them and they’d bring them home”, he explains. A physician colleague contracted bubonic plague in this way but responded well to early treatment, he notes.