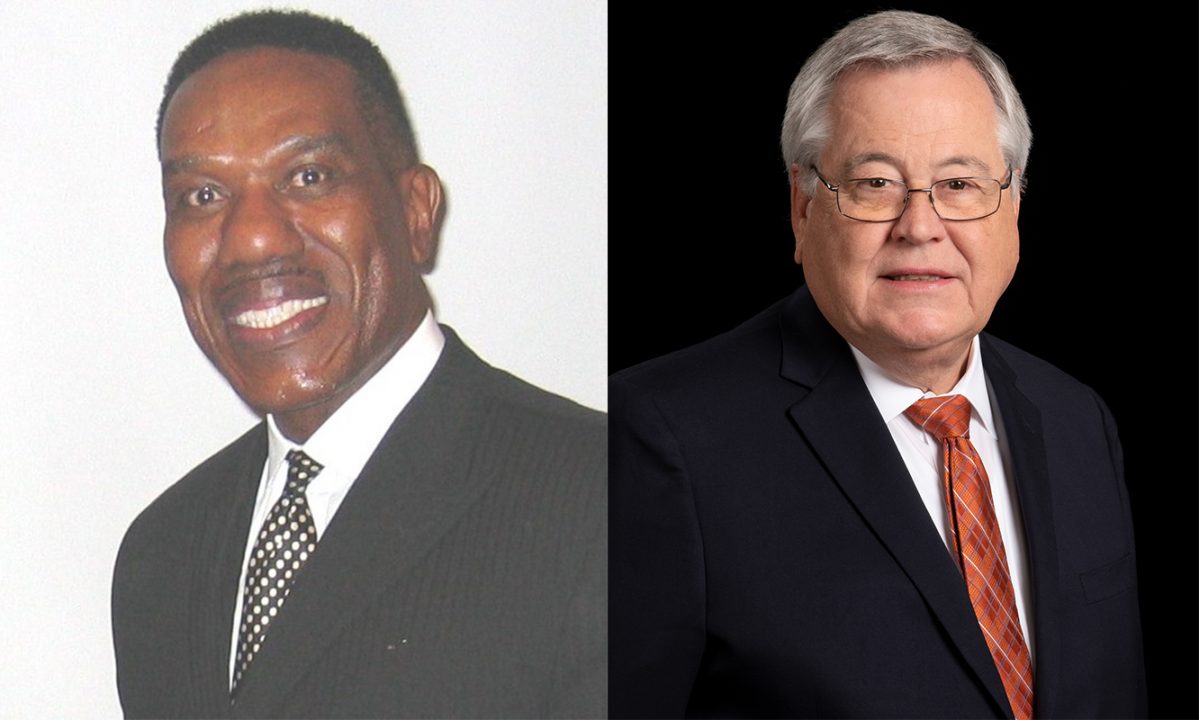 At the opening session of the 2021 American Society of Health-System Pharmacists (ASHP) Midyear Clinical Meeting awards for excellence in pharmacy practice leadership were made to two ASHP members.  The 2021 award recipients are John E. Clark, PharmD, MS, FASHP, Director of Diversity, Equity, and Inclusion and Assistant Professor in the Department of Pharmacotherapeutics and Clinical Research at the University of South Florida Health Taneja College of Pharmacy in Tampa and M. Lynn Crismon, PharmD, FCCP, DABCP, BCPP, Behrens Centennial Professor in the College of Pharmacy and Professor in the Department of Psychiatry, Dell Medical School at the University of Texas at Austin.

These two individuals have demonstrated leadership in different types of acute and ambulatory care settings and exemplify the best of pharmacy practice.

Dr Clark is an assistant professor in the department of pharmacotherapeutics and clinical research and director of diversity, equity, and inclusion at the University of South Florida (USF) Health Taneja College of Pharmacy in Tampa. He previously served as director of experiential education and pharmacy residency programs.

He is also a clinical pharmacist and faculty preceptor in ambulatory care at the USF Morsani Health Center Building Relationships and Initiatives Dedicated to Gaining Equality (BRIDGE) Healthcare Clinic. The BRIDGE Healthcare Clinic is a student-run, multidisciplinary, non-profit clinic that services uninsured and underinsured patients in the Tampa area. Dr Clark oversees the development and provision of pharmacy services, including medication reconciliation, patient education and counselling, and disease and medication management services.

Dr Clark is a long-standing champion for racial equity in healthcare and a vocal advocate for the creation of culturally competent systems of care. For several years, he played a key role in the planning and implementation of the Association of Black Health-System Pharmacists’ (ABHP) Minority Health Conference. The conference explored health literacy, medication adherence, use of health information technology, and medication management of conditions such as diabetes, renal disease, prostate cancer, and HIV/AIDS.

A past president of ABHP, Dr Clark played an instrumental role in the organisation’s influence on minority healthcare issues, including creating the ABHP Research and Education Foundation. In 2005, Clark led an effort to increase collaboration between ABHP and ASHP on matters of mutual interest, including reducing health disparities and increasing ethnic and cultural diversity in the workplace. The partnership resulted in a series of educational sessions at ASHP’s Midyear Clinical Meeting and the development of the Joint Leadership Award.

Dr Clark is an active member of ASHP and recently served on the ASHP Task Force on Racial Diversity, Equity, and Inclusion. His ASHP service also includes terms on the ASHP Fellow Review Committee, the Committee on Nominations, Council on Administrative Affairs, Commission on Therapeutics, the Section of Inpatient Care Practitioners Section Advisory Group on Pharmacy Practice Experience, and Florida delegate to the ASHP House of Delegates.

A widely published author and sought-after speaker, Dr Clark’s recent research projects include a historical review of the contributions of African American women in pharmacy and an analysis of the ways early, and now defunct, African American pharmacy schools impacted health disparities.

Dr Clark earned a B.S. in pharmacy from Texas Southern University College of Pharmacy and a Pharm.D. from Florida A&M University. He earned an M.S. in pharmaceutical administration from Wayne State University and completed his residency training at Detroit General Hospital.

Dr M. Lynn Crismon is the Behrens Centennial Professor of Pharmacy and professor of psychiatry at The University of Texas at Austin and past dean and James T. Doluisio Regents Chair of the College of Pharmacy.

Before joining the faculty at the University of Texas, Dr Crismon was a commissioned officer and served as deputy chief of pharmacy at the United States Public Health Service (USPHS) Indian Hospital in Winslow, Arizona. He also held pharmacy leadership positions at Austin State Hospital and the Healthcare Rehabilitation Center in Austin, Texas.

Dr Crismon’s research has focused on improving the pharmacotherapy of adults and children with severe mental disorders. He developed and served as director of an ASHP accredited residency in psychiatric pharmacy practice in collaboration with Austin State Hospital, the Texas Department of State Health Services, and Seton Health Network. The program was one of the oldest continuously operating, accredited psychiatric pharmacy residency programs in the country.

He was one of the lead investigators in the Texas Medication Algorithm Project and the Children’s Medication Algorithm Project and helped develop psychotropic prescribing parameters for youth in Texas foster care. He served as a consultant for federal, state, and local government entities, including the Healthcare Financing Administration, the Oklahoma Department of Mental Health, the Texas Attorney General, Texas Department of Mental Health and Mental Retardation, and the Texas Department of Family and Protective Services.

He served as a member of the National Academy of Medicine Committee that developed the 2019 consensus report Taking Action Against Clinician Burnout: A Systems Approach to Professional Well-Being. The report received the American College of Healthcare Executives’ 2021 James A. Hamilton Book Award.

He has published over 260 articles, chapters, or handbooks. He has served as a reviewer for several scholarly journals, including AJHP, The Lancet, Journal of Behavioral Health Services, and Journal of Clinical Psychiatry.

Dr Crismon has a long record of service to the profession, including serving as the current chair of the ASHP Foundation Research Advisory Council. His ASHP service also includes terms as a member of the Commission on Goals and the Deans Advisory Council, Texas delegate in the ASHP House of Delegates, and a chair of the ASHP taskforce to recognize psychiatric pharmacy as a specialty by the Board of Pharmaceutical Specialties (BPS). He is past chair of the American Association of Colleges of Pharmacy (AACP) Council of Deans, a past AACP board member, past member of the American College of Clinical Pharmacy (ACCP) Board of Regents and the ACCP Research Institute Board of Trustees, and the first chair of the BPS Council on Psychiatric Pharmacy.