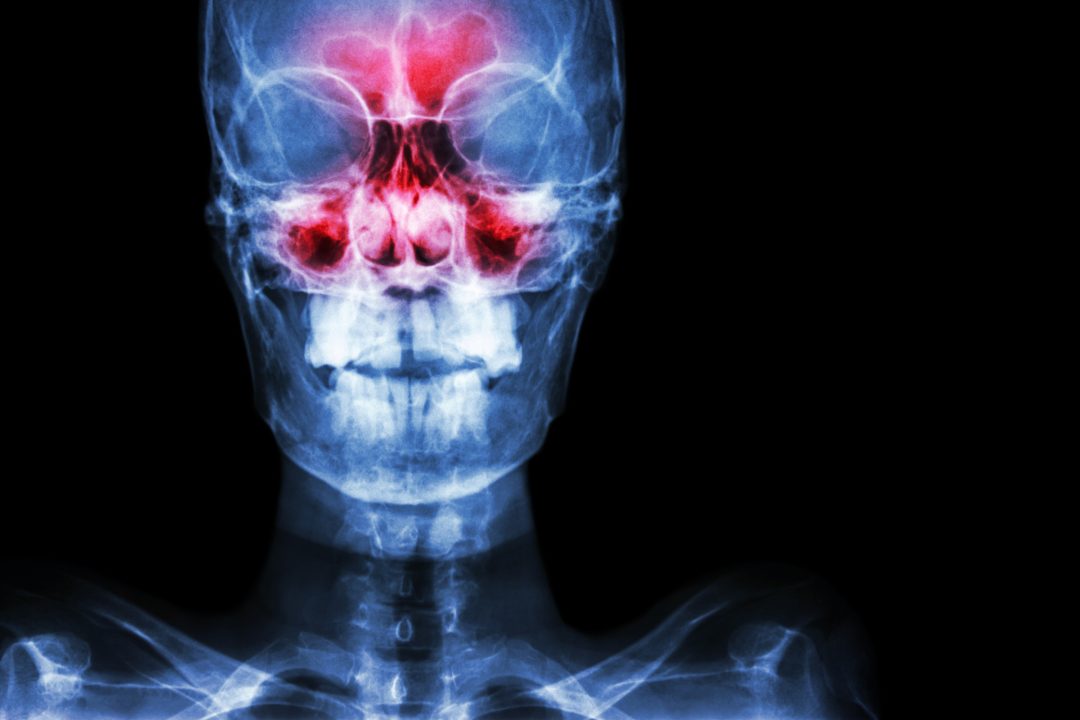 The millions of people who have chronic sinusitis deal not only with stuffy noses and headaches, they also commonly struggle to focus, and experience depression and other symptoms that implicate the brain’s involvement in their illness.

The paper was published today in JAMA Otolaryngology-Head & Neck Surgery.

“This is the first study that links chronic sinus inflammation with a neurobiological change,” said lead author Dr. Aria Jafari, a surgeon and assistant professor of Otolaryngology-Head & Neck Surgery at the University of Washington School of Medicine.

“We know from previous studies that patients who have sinusitis often decide to seek medical care not because they have a runny nose and sinus pressure, but because the disease is affecting how they interact with the world: They can’t be productive, thinking is difficult, sleep is lousy. It broadly impacts their quality of life. Now we have a prospective mechanism for what we observe clinically.”

Chronic rhinosinusitis affects about 11% of U.S. adults, according to the Centers for Disease Control and Prevention. The condition can necessitate treatment over a span of years, typically involving antibiotics. Repeated cycles of inflammation and repair thicken sinus tissues, much like calloused skin. Surgery may resolve the issue, but symptoms also can recur.

The scans enabled them to identify 22 people with moderate or severe sinus inflammation as well as an age- and gender-matched control group of 22 with no sinus inflammation. Functional MRI (fMRI) scans, which detect cerebral blood flow and neuronal activity, showed these distinguishing features in the study subjects:

The magnitude of brain-activity differences seen in the study group paralleled the severity of sinus inflammation among the subjects, Jafari said.

Despite the brain-activity changes, however, no significant deficit was seen in the behavioral and cognitive testing of study-group participants, said Dr. Kristina Simonyan, a study co-author. She is an associate professor of otolaryngology-head & neck surgery at Harvard Medical School and director of laryngology research at Massachusetts Eye and Ear.

“The participants with moderate and severe sinus inflammation were young individuals who did not show clinically significant signs of cognitive impairment. However, their brain scans told us a different story: The subjective feelings of attention decline, difficulties to focus or sleep disturbances that a person with sinus inflammation experiences might be associated with subtle changes in how brain regions controlling these functions communicate with one another,” said Simonyan.

It is plausible, she added, that these changes may cause more clinically meaningful symptoms if chronic sinusitis is left untreated. “It is also possible that we might have detected the early markers of a cognitive decline where sinus inflammation acts as a predisposing trigger or predictive factor,” Simonyan said.

Jafari sees the study findings as a launch pad to explore new therapies for the disease.

“The next step would be to study people who have been clinically diagnosed with chronic sinusitis. It might involve scanning patients’ brains, then providing typical treatment for sinus disease with medication or surgery, and then scanning again afterward to see if their brain activity had changed. Or we could look for inflammatory molecules or markers in patients’ bloodstreams.”

In the bigger picture, he said, the study may help ear-nose-throat specialists be mindful of the less-evident distress that many patients experience with chronic sinusitis.

“Our care should not be limited to relieving the most overt physical symptoms, but the whole burden of patients’ disease.”