Methotrexate effective for pain and inflammation in knee osteoarthritis 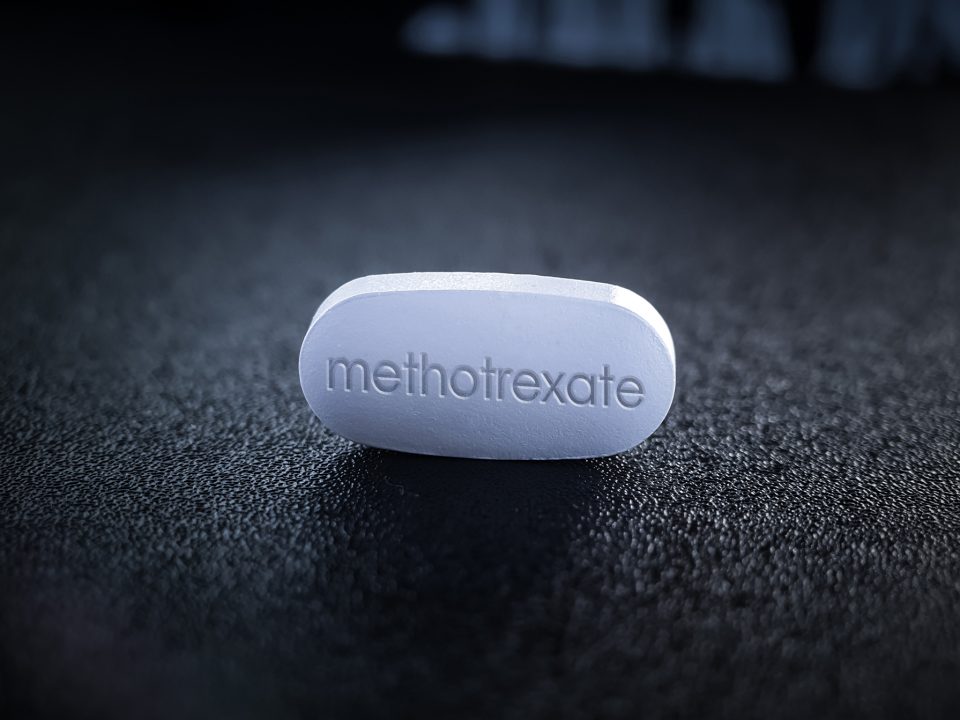 Researchers report that methotrexate is an effective treatment for people with knee osteoarthritis (OA) who have pain and inflammation.

The findings were presented on Nov. 2, 2020 at the American College of Rheumatology/ACR Convergence.

“Almost all patients with primary knee OA experience periods of warmth and swelling in the joint, with increases in pain and reduction of function,” said co-author, Biswadip Ghosh, MD, Associate Professor, Department of Rheumatology, at Institute of Post Graduate Medical Education and Research in Kolkata, India. “Those episodes are inflammation, and every episode damages the structures of the knees a little more. After some time, swelling subsides partly due to burning out of materials. That leaves the knee in a hopeless state of function loss where physiotherapy helps minimally with enlistment for knee replacement. It will be helpful for patients if we can decrease the inflammation and rescue the joint,” Ghosh added.

As background, the authors said that many patients suffering from knee OA show swelling and warmth along with pain, all manifestations of inflammation. And there is no accepted pharmacological therapy for osteoarthritis that specifically targets inflammation, though inflammation has a role in pain and in joint damage.

They noted, “The latest ACR recommendation for OA is not in favour of MTX [methotrexate], but it seems they have more weight to the evidence in case of hand OA than knee OA. ACR recommendation found no evidence of usefulness of glucosamine also, another very commonly used drug for knee OA. We decided to evaluate the effect of methotrexate in primary knee OA with inflammation in comparison with glucosamine as placebo.”

The investigators recruited male and female subjects with primary knee OA, aged 40-65 years, with swelling and pain of both knee joints for at least six months and with radiographic confirmation of OA.

The investigators collected blood all patients and healthy controls for testing of selected biomarkers. They screened subjects in the inflammatory group for inflammatory arthritis, using clinical examination, blood tests, musculoskeletal ultrasound and X-ray. They performed MRI of knee on all subjects of inflammatory group.

Subjects in the inflammatory cohort were randomized to methotrexate (15-20 mg/week) or glucosamine (placebo). They were tracked clinically for three months.

Also, all subjects were allowed to take paracetamol and tramadol as needed.

The investigators enrolled 344 subjects with primary knee OA and they were examined from July 2016 to June 2019.

They reported that 249 patients had local inflammation, or swelling with pain and warmth in both knees, and 172 of the 249  had elevated erythrocyte sedimentation rate and/or C-reactive protein, both markers appearing at one exam or either marker appearing at two exams held at one month apart.

The authors concluded, “We found significant improvement in WOMAC, ESR and CRP in patients suffering from primary knee OA with inflammation after three months of taking methotrexate while there was insignificant effect with glucosamine, used as placebo. Our study provides proof that oral Methotrexate may be an important intervention in primary knee osteoarthritis with inflammation.”