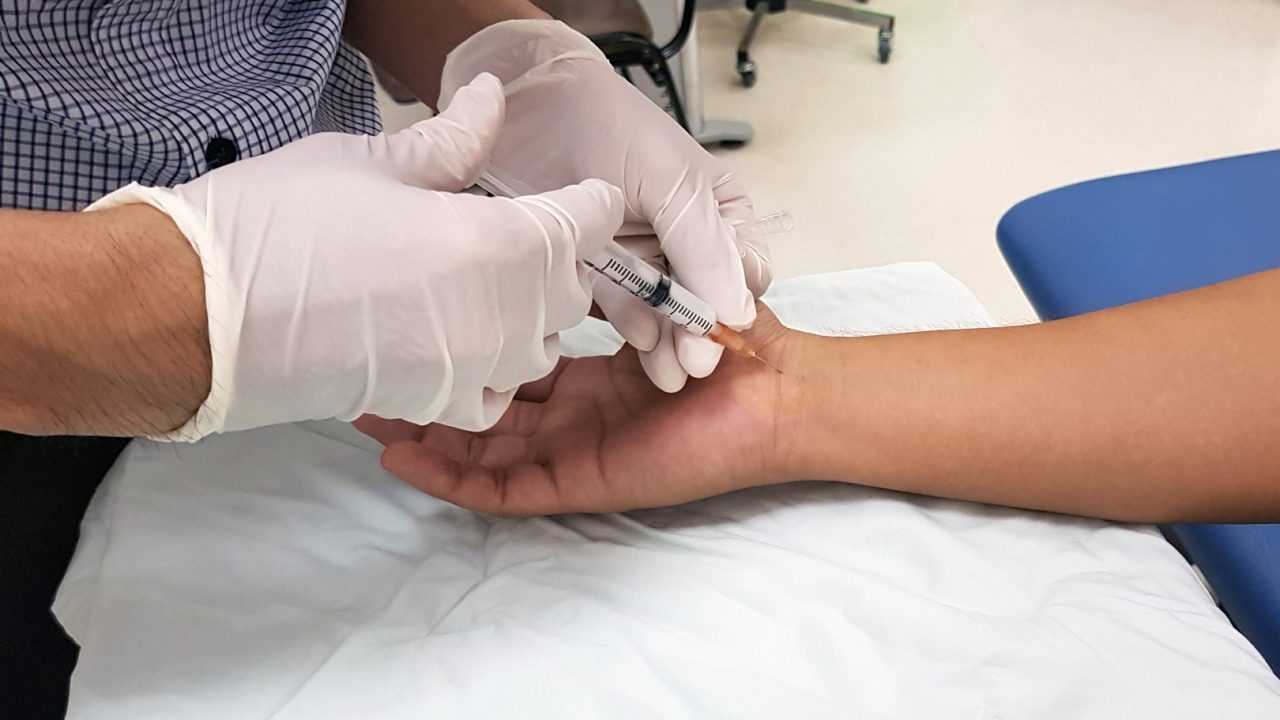 Intranasal administration of an anti-inflammatory drug helped reduce disease progression in a preclinical model of multiple sclerosis, according to recent research out of the University of Alberta.

Christopher Power, professor in the Faculty of Medicine & Dentistry, and Leina Saito, a graduate student on his team, showed that delivering an anti-inflammatory drug to mice helped prevent damage to brain cells, effectively slowing the progression of the disease.

MS is a devastating illness with no known cause and no cure. Power’s lab seeks to better understand the disease to develop effective treatments.

“Nerves in the brain are like insulated wires, but in MS there is initially a loss of the insulation and then the eventual loss of the wire. Those losses are caused by inflammation. That inflammation, which we think is the driving force for MS, is our main research interest,” said Power, a neurologist in the Northern Alberta MS Clinic, co-director of the U of A’s MS Centre and member of the Neuroscience and Mental Health Institute.

His research group is particularly interested in inflammasomes, molecules that are responsible for the activation of an inflammatory response in the body. For a disease such as MS, that response must be controlled to halt the progression. Power’s lab identified a drug called VX-765 as a strong candidate therapy for MS patients.

The drug works by inhibiting caspase-1, a component of inflammasomes that promotes harmful inflammation in the body. In previous research, Power’s group saw beneficial results by delivering insulin intranasally in other models of brain inflammation, and he decided to go with that delivery route again. Using mouse models, Power dissolved VX-765 in a fluid and then injected the mixture into the nose.

“It’s a lot easier for patients because you need less of the drug. It’s a direct delivery into the brain, it doesn’t go into the circulatory system and it’s not broken down as quickly,” said Power of the intranasal delivery method.

To examine the impact of VX-765 on the nerves, Power collaborated with researcher Frank Wuest, interim chair in the U of A’s Department of Oncology and member of the Cancer Research Institute of Northern Alberta. Wuest is a world expert on positron emission tomography (PET) scanning, an imaging technique that uses radioactive substances to visualize changes in the body. Wuest used PET scans to look at brain metabolism and was able to document whether the insulation had been stripped or not after the therapeutic was delivered.

“The study shows intranasal therapy is effective in preventing demyelination and axon injury and loss, so that’s a real tonic for us to keep going,” said Power. “The loss of myelin and loss of nerves are irreversible processes, so any therapeutic that helps to slow or prevent that from happening is an exciting advance for MS research. The particular delivery method also allows the therapy to be delivered in a more precise and targeted way.”