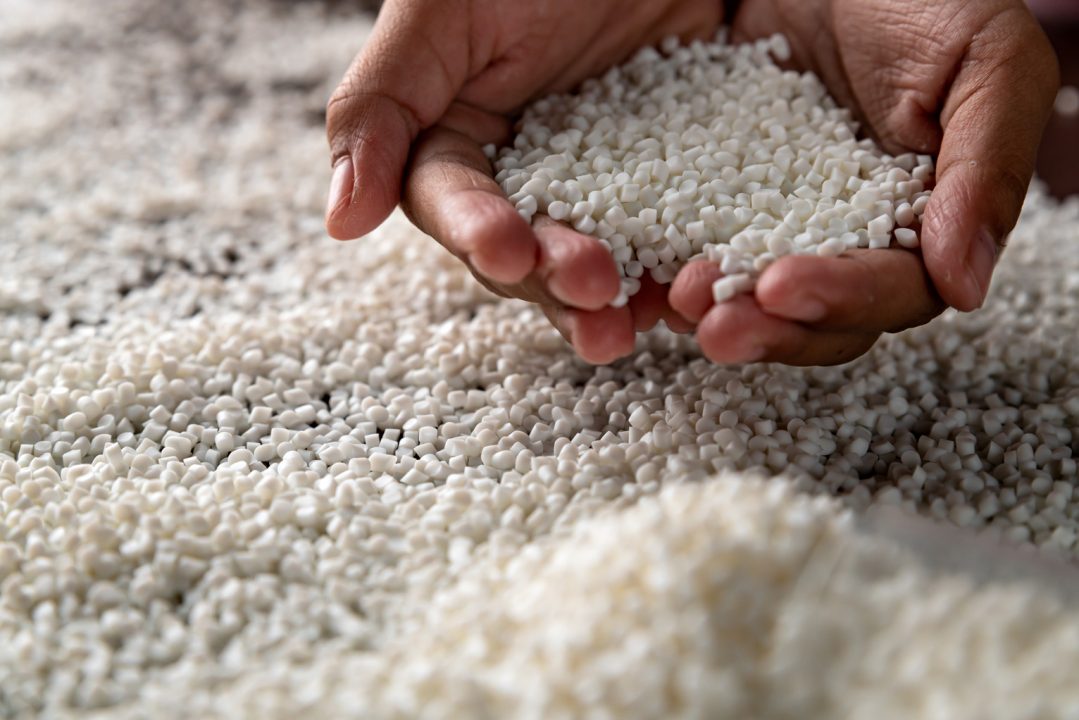 Catalina Island, located 22 miles off the coast of Los Angeles, once collected Hollywood royalty, smugglers and silver miners. Now, it collects trash. Its windward-facing harbor is a collection point of the Great Pacific Garbage Patch, an enormous spread of microplastics with accumulated larger debris that stretches more 1.6 million square kilometers. It is stark evidence of the impact of ever-increasing production of plastics globally, which is estimated to reach a volume of 1.1 billion tons annually by 2040.

Inspired by this problem, USC researchers have devised a method to transform post-consumer mixed plastics into a variety of diverse and valuable secondary products with unprecedented efficiency. This two-stage method, described this week in Angewandte Chemie, has exciting potential applications for pharmaceutical development, manufacturing materials and other products.

“Polyethylene is the least recycled of the large-scale plastics — the EPA estimates less than 6% is actually recycled — and only 30% of the mass is typically recoverable,” said Travis Williams, co-author of the study and professor of chemistry at the USC Dornsife College of Letters, Arts and Sciences. “We developed conditions where it is possible to get 83% of the mass of the polymer recovered as discrete, useful products. We can even take a low-density product like a plastic grocery bag and recover about 36% of those discrete monomers — that’s unheard of in polyethylene recycling.”

Polyethylene, commonly used in plastic shopping bags, automotive parts and packaging, has contributed countless improvements to quality of life and health. The same properties that make plastics useful — durability and sterility, among others — also prevent environmentally friendly degradation and recycling. Current methods to recycle or remanufacture polyethylene are also not cost-effective, something chemical recycling might alleviate.

To test this new process, the researchers tapped various student and community groups to collect unprocessed plastic waste from Catalina Harbor as samples. This waste included plastic shopping bags, milk cartons, carryout containers and other household items. The researchers then broke the samples down with chemical catalysts and pressurized oxygen to produce chemical groups called diacids — in this case, asperbenzaldehyde, citreoviridin and mutilin.

Following the initial stage, the research team introduced the diacids to engineered strains of Aspergillus niduluns, a versatile, easy-to-engineer fungus often utilized in drug discovery. When fed diacids as a carbon source, the fungus produced significant quantities of antibiotics, cholesterol-lowering statins, immunosuppressants and antifungals — all within a week.

“If you look at the biological cycle, that efficiency is very exciting because the process will be cost-sensitive,” said Clay C.C. Wang, senior author of the study and a professor at the USC School of Pharmacy and Pharmaceutical Sciences. “We’re going to make the products in bulk quantities.”

Chemical recycling may have applications beyond polyethylene

The team, in coordination with researchers at the University of Kansas, is exploring whether the method can be applied to other types of plastic.

“The ultimate goal is developing a method that could be used on a mixture of plastics,” Wang said. “Right now, if you go to recycle your plastic waste, there’s only one bin, but there are actually several different classes of plastics. There are systems that sort them, but ideally, we’d like to be able to tackle mixtures of plastics using a similar approach.”