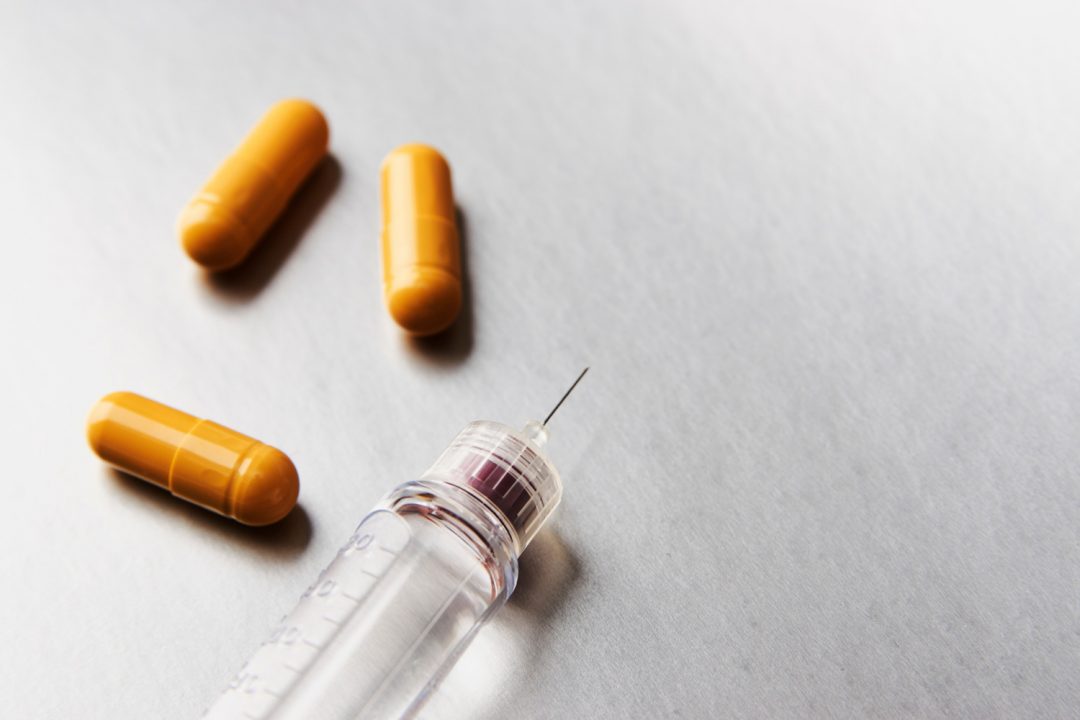 A team of University of British Columbia researchers working on developing oral insulin tablets as a replacement for daily insulin injections have made a game-changing discovery.

Researchers have discovered that insulin from the latest version of their oral tablets is absorbed by rats in the same way that injected insulin is.

“These exciting results show that we are on the right track in developing an insulin formulation that will no longer need to be injected before every meal, improving the quality of life, as well as mental health, of more than nine million Type 1 diabetics around the world.” says professor Dr. Anubhav Pratap-Singh (he/him), the principal investigator from the faculty of land and food systems.

He explains the inspiration behind the search for a non-injectable insulin comes from his diabetic father who has been injecting insulin 3-4 times a day for the past 15 years.

According to Dr. Alberto Baldelli (he/him), a senior fellow in Dr. Pratap-Singh’s lab, they are now seeing nearly 100 per cent of the insulin from their tablets go straight into the liver. In previous attempts to develop a drinkable insulin, most of the insulin would accumulate in the stomach.

“Even after two hours of delivery, we did not find any insulin in the stomachs of the rats we tested. It was all in the liver and this is the ideal target for insulin — it’s really what we wanted to see,” says Yigong Guo (he/him), first author of the study and a PhD candidate working closely on the project.

Changing the mode of delivery

When it comes to insulin delivery, injections are not the most comfortable or convenient for diabetes patients. But with several other oral insulin alternatives also being tested and developed, the UBC team worked to solve where and how to facilitate a higher absorption rate.

Dr. Pratap-Singh’s team developed a different kind of tablet that isn’t made for swallowing, but instead dissolves when placed between the gum and cheek.

This method makes use of the thin membrane found within the lining of the inner cheek and back of the lips (also known as the buccal mucosa). It delivered all the insulin to the liver without wasting or decomposing any insulin along the way.

“For injected insulin we usually need 100iu per shot. Other swallowed tablets being developed that go to the stomach might need 500iu of insulin, which is mostly wasted, and that’s a major problem we have been trying to work around,” Yigong says.

Most swallowed insulin tablets in development tend to release insulin slowly over two to four hours, while fast-release injected insulin can be fully released in 30-120 minutes.

“Similar to the rapid-acting insulin injection, our oral delivery tablet absorbs after half an hour and can last for about two to four hours long,” says Dr. Baldelli.

The study is yet to go into human trials, and for this to happen Dr. Pratap-Singh says they will require more time, funding and collaborators. But beyond the clear potential benefits to diabetics, he says the tablet they are developing could also be more sustainable, cost-effective and accessible.

“More than 300,000 Canadians have to inject insulin multiple times per day,” Dr. Pratap-Singh says. “That is a lot of environmental waste from the needles and plastic from the syringe that might not be recycled and go to landfill, which wouldn’t be a problem with an oral tablet.”

He explains that their hope is to reduce the cost of insulin per dose since their oral alternative could be cheaper and easier to make. Transporting the tablets would be easier for diabetics, who currently have to think about keeping their doses cool.