Working with the British Pain Society 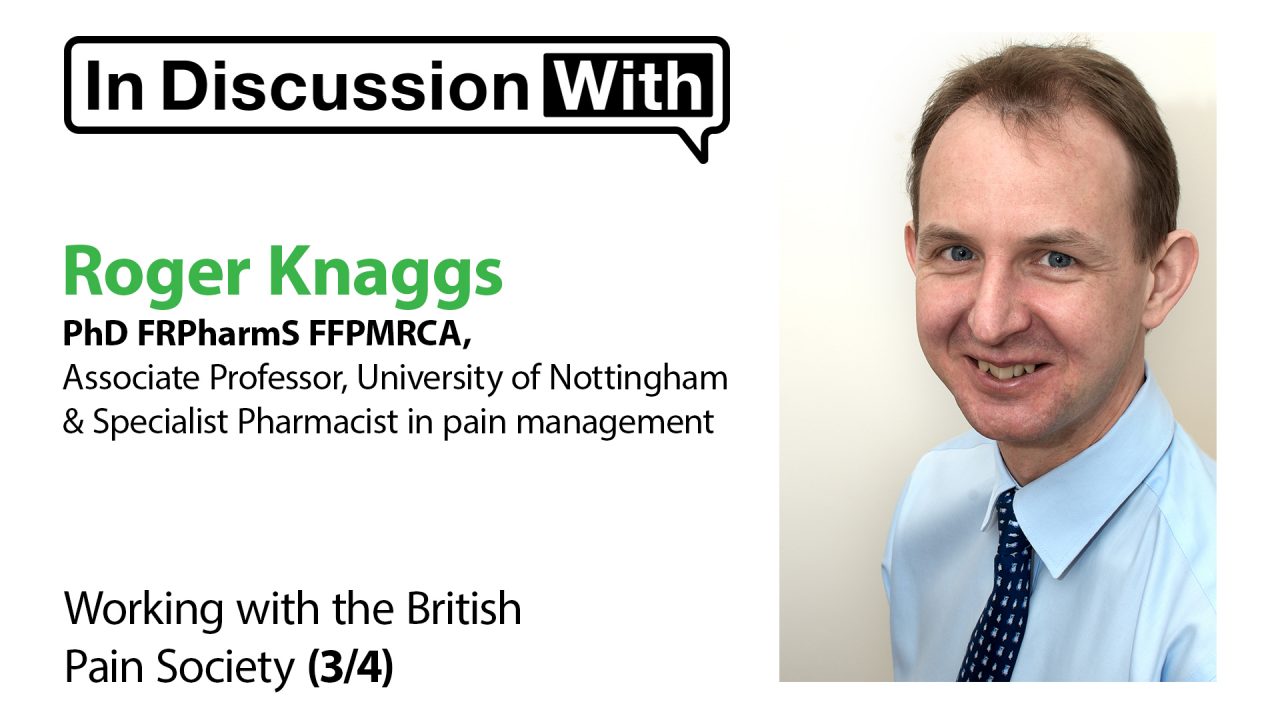 As incoming President of the British Pain Society Professor Roger Knaggs (Specialist Pharmacist in pain management, Nottingham) is keen to find ways to help and support healthcare professionals in primary care who deal with people with both acute and chronic pain.

Professor Knaggs has been involved with the work of the British Pain Society (BPS) for approximately 15 years.  Originally a co-opted member of council, he was later an elected council member. He has served as honorary secretary and, most recently, as vice president.  “It has been a journey over many years and I think it would be fair to say that anything that has medicines involved will have had my involvement over the last few years”, he says.

During his presidency he would like to see the British Pain society looking at how it can interact with generalists in healthcare for whom “pain is a much lesser part of their job than people like me”, and particularly those in primary care “because actually that is where the majority of people with both acute pain and chronic pain are seen”, he explains.

The BPS has members whose main interests are more focused on acute pain following surgery as well as chronic pain and also palliative care and cancer pain. One important topic is ensuring that appropriate formulations are used. For example, some centres have used transdermal fentanyl patches for post-operative pain relief. Professor Knaggs says that neither transdermal fentanyl nor modified release oral preparations should be used for acute, post-operative pain.