What does a PCN pharmacist do? 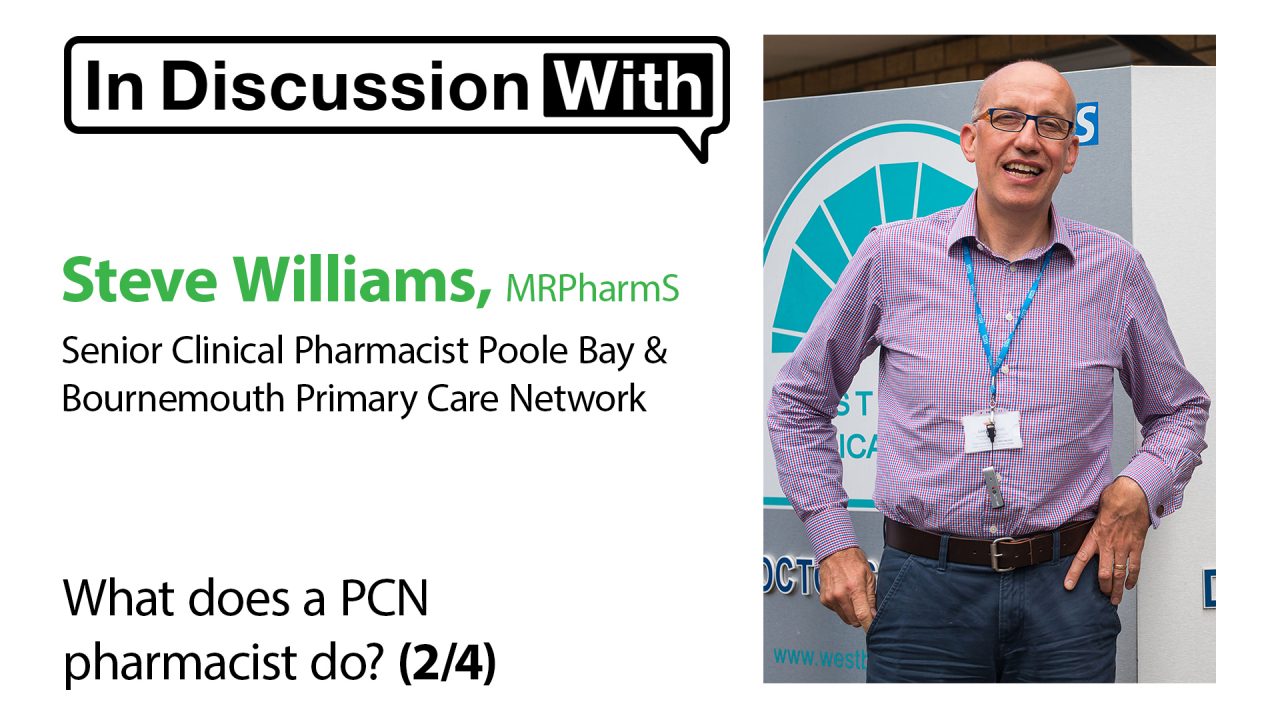 The day-to-day work of a pharmacist in a Primary Care Network (PCN) embraces operational and strategic elements and this involves working closely with other members of the primary care team, especially pharmacy technicians, according to Steve Williams, Senior Clinical Pharmacist at Poole Bay and Bournemouth PCN.

Mr Williams and his team routinely deal with a wide range of medicines-related and prescription-related queries from doctors, paramedics, physiotherapists, nurse practitioners, practice nurses and other clinicians in the practice. The PCN serves a total of 40,000 patients and issues prescriptions for some 800,000 items annually. In order to handle the work efficiently it is organised in a virtual pyramid in which prescription clerks and pharmacy technicians handle the routine queries at the base and pharmacists are free to deal with more complex issues. It is important to ensure that “you only have the people at the top doing the things that only they can do”, says Mr Williams.

Much of the work concerns medicines reconciliation – when, for example, patients move from secondary to primary care – and ensuring that records are updated appropriately. Other important tasks include providing appointments for patients who need medication-related consultations and dealing with medicines in care homes. Pharmacists also undertake structured medication reviews that involve “talking to patients about their medicines and trying to find out what’s important to them and trying to optimise their medicines”, explains Mr Williams. Because of his clinical skills and previous experience, he is also able to provide chronic disease management consultations. So, for example, “if they’ve got diabetes and asthma and atrial fibrillation instead of them having to come back and seeing the asthma nurse three months later and then the diabetic nurse six months later, I can actually do it all at the same time”, he says.

The working relationship between pharmacist and pharmacy technicians is synergistic, according to Mr Williams. “You work together to be able to provide   better care”, he says. One critical step in the development of services in the PCN where he works was building a proper understanding in the organisation of what pharmacy technicians could do. Primary care tended to view technicians as people who, for example, took blood or performed Doppler tests but were not able to offer an interpretation. The difference with pharmacy technicians is that they are able to offer interpretations of clinical findings, says Mr Williams. Speaking of a technician colleague he says, “he’s got skills, knowledge and competence to do things that …. I don’t need to do – and general practice, I think, is really good at realizing that we don’t want to get somebody to do something that can be done by somebody else”. In fact, primary care offers real career opening for pharmacy technicians.

In summary, Mr Williams says that the Poole Bay and Bournemouth PCN has been very supportive and understanding of what pharmacy professionals – both pharmacy technicians and pharmacists – can do for the practice and the PCN.