Getting started as a PCN pharmacist 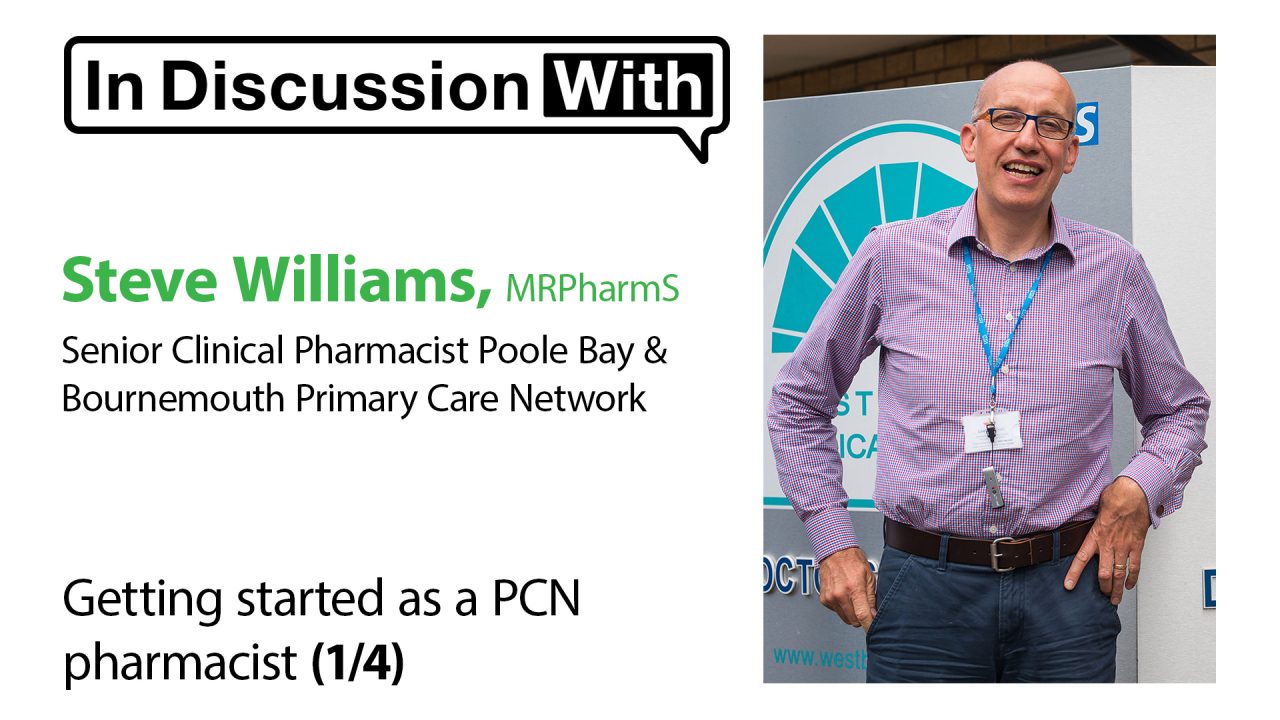 The NHS long term plan foresees the establishment of teams of clinical pharmacists in every primary care network (PCN). IMI spoke to Steve Williams, a senior clinical pharmacist in a PCN to find out more about what the job involves.

Steve Williams is a senior clinical pharmacist at Poole Bay and Bournemouth PCN. Before taking up this position five years ago he had worked in hospitals for 25 years.    His last hospital job was as a consultant pharmacist in medication safety.

In essence his current job involves heading the team of pharmacists and pharmacy   technicians that delivers ‘medicines optimization stewardship’. This can involve “antibiotics, high-risk medicines, repeat prescription systems, audits, teaching – everything and anything to do with medicines”, he says.

Mr Williams say that the move from secondary care to his PCN role was partly prompted by the desire to achieve a better work-life balance.  The other factor was the realisation that many of the patients he dealt with in the medical admissions were suffering from avoidable severe harms as a result of “problematic polypharmacy”. He realised that he was on “the wrong side of the fence” and could probably make a bigger impact on the problem if he moved into primary care.

Mr Williams was fortunate to be in the first wave of clinical pharmacists in general practice. He acknowledges that “there have been pharmacists and pharmacy technicians working in general practice across the country for decades – it’s just [that] it’s been in small pockets”.  NHS funding of these positions is intended to improve patient care and save GP time which it does very effectively.  However, he emphasises that working out how to use his expertise most usefully took time. “I didn’t see a patient for a whole year and it frustrated me but I spent my time working out what on earth goes on in general practice”, he says. With the benefit of experience he says, “you probably need to allow six months for somebody coming in to   understand exactly what their role is and how they can how they can then start to help. You cannot expect people to start on day one and be able to be all singing or dancing – and to be honest – nobody can do that in any job”.