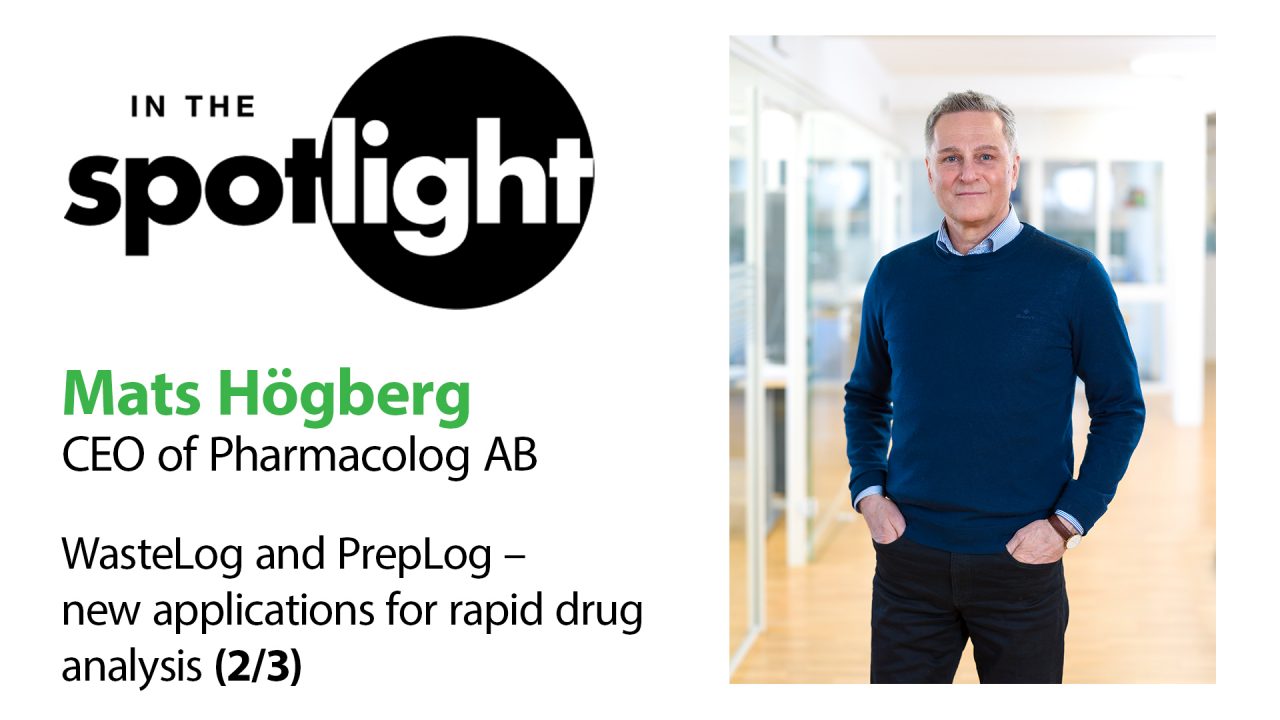 Customers quickly identified new applications for the DrugLog device and this led to the development of two new products – WasteLog and PrepLog. Pharmacolog AB CEO Mats Högberg describes how and why this happened.

WasteLog is a device that is today sold only in the US where it is being used to screen drug waste that is returned to the pharmacy from operating theatres (operating rooms, ORs). In the US there is a strong focus on ‘drug diversion’ – “drugs that end up in the wrong hands or in the wrong pocket”, explains Mr Högberg. “When a half-filled syringe comes back from the OR, before it’s thrown away they also want to verify that no-one has tampered with the contents or replaced it with saline. That’s where WasteLog comes in. WasteLog is being used then to verify that this half-filled syringe that’s just been returned actually contains morphine or fentanyl and has not been tampered with”, he says.

WasteLog was developed after the company started to receive enquiries from US hospital pharmacists who had seen DrugLog in exhibitions and realised that it could be used to verify the contents of returned, part-used vials and syringes.  “When we realised that there is huge interest in the US market in this technology we developed some specially-dedicated software and created WasteLog”, says Mr Högberg. Today WasteLog is in operation in a number of hospitals in the US – in New York, Texas, Southern Illinois and California. Hospitals typically purchase several devices to install in separate facilities.  “We have tremendous growth and a great interest in WasteLog in the US market at the moment”, he added.

PrepLog is an integrated version of DrugLog. DrugLog is a manual device where you enter the expected drug identity and concentration manually. Mr Högberg describes how the WasteLog process works: “We have created completely new software that integrates with the hospital’s prescription system. If we take chemo as an example – the physician prescribes a chemo treatment, the prescription is then transferred over to the hospital pharmacy where they prepare the drug according to the prescription. The prescription is also transferred into PrepLog so when [the drug has been prepared] it shows a work list, they click on [the relevant] one and it re-populates the device with the expected drug identity and expected concentration. When you have the result and you have your label on the bag [confirming] that the preparation is OK, the information is also transferred back into the prescription system so that you have full traceability afterwards”. 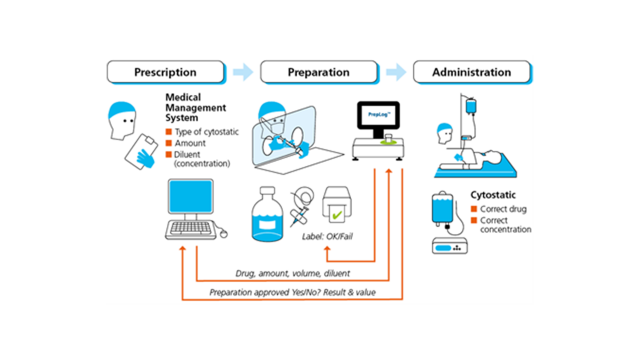 PrepLog is also being used in paediatric settings where these preparations are done at the ward. This is possible because the basic workflow elements are the same – prescribing, preparation, checking and storage of the result in the electronic medication record or prescription system.

The use of PrepLog removes some of the stress experienced by ward staff in busy situations. “My wife is a nurse and she has told me many times that in a stressful situation at an ICU department you get interrupted in the middle of preparing or double-diluting a sensitive drug and you have to throw everything away because you weren’t sure if you did all the steps correctly. With PrepLog you can quickly verify that the delicate drug that you have prepared for a child or someone who is very sick is correct – and it takes away a lot of stress from the staff”, says Mr Högberg.

Software has been written to integrate PrepLog with the major prescription systems in France and in Spain. The PrepLog device has been running at a hospital in Barcelona for some time and a system is also in operation in a children’s hospital in Sweden.  In this case PrepLog is only used for “sensitive or dangerous” drugs. The system automatically alerts the nurse to the need for a check.

PrepLog is as yet in the early phase and the company expects to build more integrated systems as it expands its footprint in the European Market, says Mr Högberg.