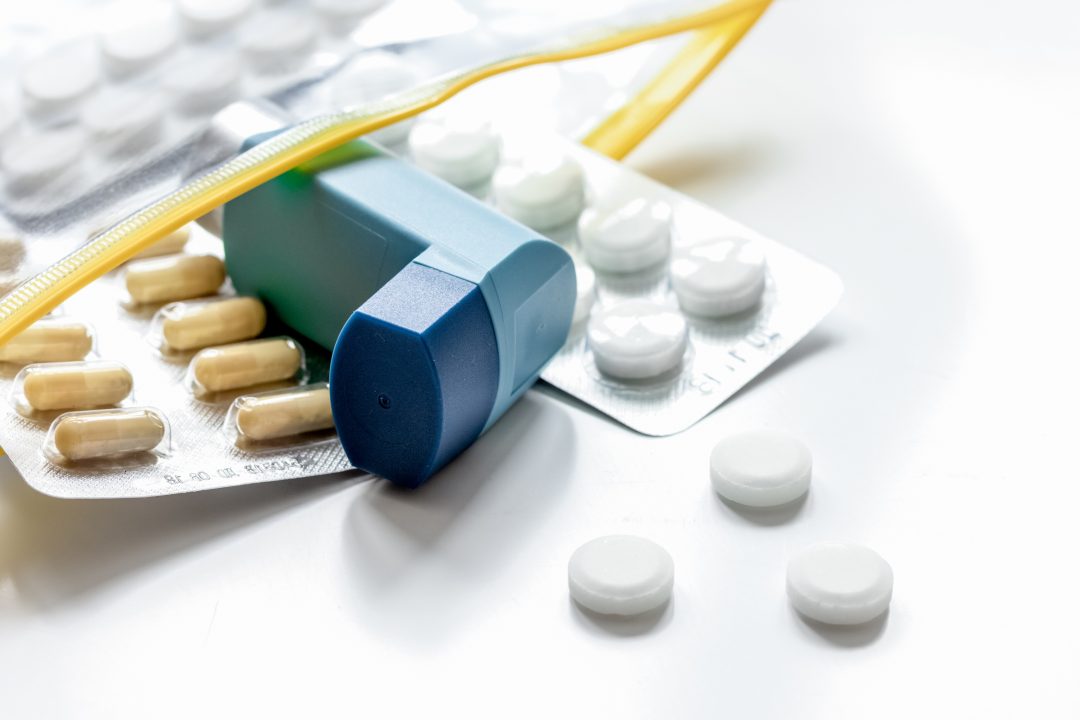 The FDA approved the only biologic for severe asthma without any phenotype or biomarker limitations, manufacturers AstraZeneca and Amgen announced.

The first-in-class biologic tezepelumab-ekko (Tezspire) is indicated as an add-on maintenance treatment for patients ages 12 and older with severe asthma. It is not intended for acute bronchospasm or status asthmaticus.

As a first-in-class human monoclonal antibody, tezepelumab works by targeting inflammation in the airway epithelium and blocking TSLP, an epithelial cytokine involved in inflammation and overactive immune response to several asthma triggers.

“Blocking TSLP may prevent the release of pro-inflammatory cytokines by immune cells, resulting in the prevention of asthma exacerbations and improved asthma control,” AstraZeneca and Amgen said in a statement. “By working at the top of the cascade, Tezspire helps stop inflammation at the source and has the potential to treat a broad population of severe asthma patients.”

Administered by subcutaneous injection, the drug has a recommended dosage of 210 mg once every 4 weeks.

Tezepelumab gained priority review by the FDA after proving to be the first — and only — biologic with consistent reduction in asthma exacerbations across a wide range of patients with varying allergic status, blood eosinophil counts, and fractional exhaled nitric oxide.

And checking off a slew of firsts, the drug is the only biologic for severe asthma that doesn’t carry a phenotype-eosinophilic or allergic or biomarker limitation on its label. It’s also the first drug for any condition that specifically targets thymic stromal lymphopoietin (TSLP).

“Due to the complex and heterogeneous nature of severe asthma and despite recent advances, many patients continue to experience frequent exacerbations, an increased risk of hospitalization and a significantly reduced quality of life,” said principal investigator of the NAVIGATOR trial Andrew Menzies-Gow, MD, of the Royal Brompton Hospital in London, in a statement. “Tezspire represents a much-needed new treatment for the many patients who remain underserved and continue to struggle with severe, uncontrolled asthma.”

In the NAVIGATOR trial, tezepelumab slashed the annualized rate of asthma exacerbations by 56% compared with placebo. That rate averaged 0.93 in the 528 patients on tezepelumab versus 2.10 for the 532 on placebo during the 52-week trial published in the New England Journal of Medicine. The treatment also was superior at improving forced expiratory volume in 1 second, self-reported symptom severity and quality of life, and emergency visits and hospitalizations for asthma exacerbations.

The drug was given on a background of standard of care treatment with medium- or high-dose inhaled corticosteroids plus at least one additional controller medication, with or without daily oral corticosteroid treatment.

The most common side effects of tezepelumab reported in the trial were nasopharyngitis, upper respiratory tract infection, and headache.

AstraZeneca and Amgen noted this drug is also under development for other possible indications, such as chronic obstructive pulmonary disease, chronic rhinosinusitis with nasal polyps, chronic spontaneous urticaria, as well as eosinophilic esophagitis, for which it was already granted orphan drug designation by the FDA.