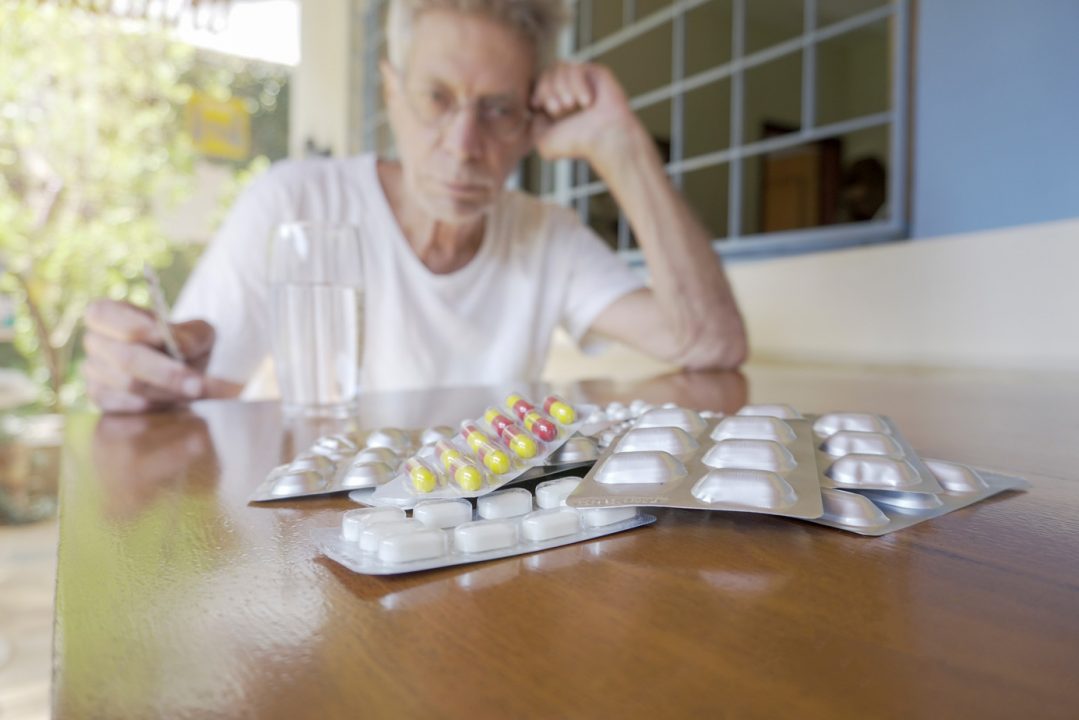 People with dementia are likely to have taken more than three medications for other health conditions in the five years directly before their diagnosis, according to new research.

The study is the first to provide an in-depth exploration of the links between evolving polypharmacy – which involves a patient being prescribed more than one drug at any given time – and a dementia diagnosis.

Published in the Aging and Disease journal, it is based on an analysis of the records of more than 33,000 dementia patients in Wales between 1990 to 2015.

Experts in e-health used machine learning techniques to identify potentially damaging patterns in a patient’s medicine usage, and how these patterns evolve in the run-up to diagnosis.

They found that in the 20 years leading up to them being diagnosed, the proportion of patients taking three or more medications rose from 5.5% (for the period 16 to 20 years prior to diagnosis) to 82.16% among those less than five years from a diagnosis.

Researchers also found that as the development towards dementia progressed, the patterns of polypharmacy shifted from being clearly distinct to being more closely associated with particular medical conditions.

And of those closest to their diagnosis, almost two-thirds (66.55%) were found to be taking multiple medicines for a combination of respiratory or urinary infections, arthropathies and rheumatism, and cardio-vascular disease. A further 22% of patients were found to be taking medicines for infections, arthropathies and rheumatism, cardio-metabolic disease and depression.

Shangming Zhou, Professor of e-Health at the University of Plymouth, led the study. He said: “Given the rise in dementia cases internationally, the need to understand how patterns of polypharmacy evolve before and after a dementia diagnosis are important for devising a safe treatment programme for each patient. Our aim in this study was to help doctors find ways to prescribe multiple items of dementia medication safely and without reducing their effectiveness. The use of machine learning has been vital in helping us understand how these patterns develop, and our hope is we can now use this knowledge to treat patients.”

It has previously been established that when multiple types of preventative medication are being prescribed, the benefits of the drugs may be reduced and the chances of harm from drug interaction and side effects increased.

Those requiring hospital treatment who are taking multiple medications are also known to have a higher likelihood of re-admission within three months after being discharged.

With the number of people with dementia in the UK projected to rise to 1.6 million by 2040, researchers hope this new study will inform safe prescribing practices and encourage doctors to prescribe medicine combinations developed with a view to minimising cognitive impairments.