Silver foil could reduce the risk of infection in hospitals 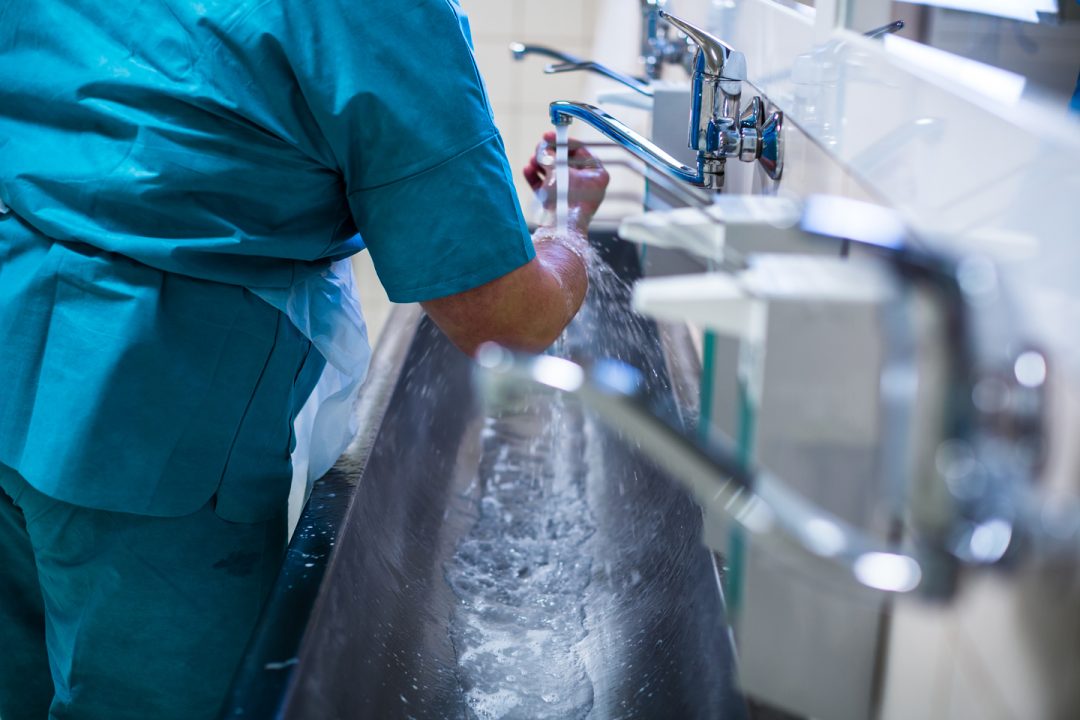 The hospital environment has increasingly been recognised as having critical importance when formulating infection control measures as evidence has increased of the role it plays as a source of bacterial transmission and subsequent hospital-acquired infections. Regular cleaning and disinfection have been proposed as an option for lowering infection risk, however performing this to the required standard is a time and resource-intensive process.

An alternative approach is to use auto-disinfecting surfaces which would make it difficult for pathogens to survive and would require less thorough cleaning to achieve a safe environment in patient rooms. In this study a silver-impregnated PVC foil was applied to high-touch surfaces in patient rooms where contamination levels of bacterial pathogens were anticipated to be high.

The researchers found that contamination levels on foil-covered surfaces were significantly lower than on those without the covering. Overall, mean germ numbers were reduced by more than 60 times, while the median bioburden on untreated control surfaces was more than 3 times higher than on the antimicrobial foil. The large difference between mean and median relates to the large biological variability of germ density on the different types of surfaces.

The team also discovered that clinically important bacteria – in particular Enterococci – were significantly less likely to be present on foil-covered surfaces, and the antimicrobial effects were still present six months later.

They add: “Auto-disinfectant foils or similar antimicrobially equipped surfaces might help prevent transmission, in particular of Gram-positive pathogens from the environment. Many studies confirm rapid recolonization (reinfection) of hospital surfaces even after vigorous disinfection. Therefore, such auto-disinfectant foils could be desirable in certain healthcare areas such as transplant units or also during outbreaks such as the SARS-CoV-2 pandemic we are currently experiencing. Further research should be extended to the antiviral activity of such surfaces, as this silver-impregnated PVC foil has been found to work in experiments against another type of coronavirus: human coronavirus HCov-229E.”