Protein disguise could be new target for cancer immunotherapy 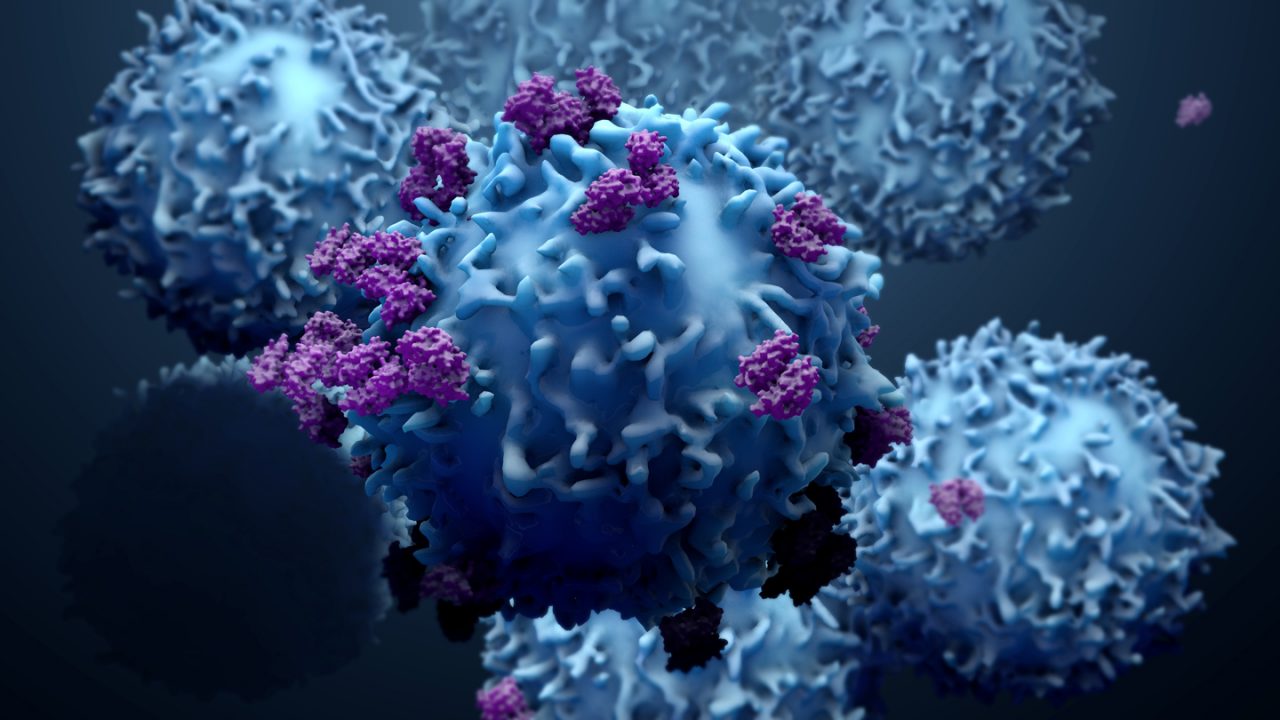 Researchers at the Francis Crick Institute have identified a protein that helps tumours evade the immune system and, in certain types of cancers, is linked to a poorer chance of survival. The protein could become a target for future cancer treatments.

A crucial part of the immune system’s response to cancer is a group of white blood cells, called CD8+ T-cells, which kill tumour cells. Before they launch their anti-tumour response, these cells must be told who to attack by another immune cell, called a dendritic cell.

In their study, published in Cell today (2 June), the scientists identified a protein that is present in blood plasma and is also secreted by cancer cells, secreted gelsolin, which interferes with this relay process by blocking a receptor inside dendritic cells. With no instruction passed to the T-cells, the tumours avoid their killer response.

The team analysed clinical data and samples from cancer patients with 10 different types of the disease and found that individuals with liver, head and neck and stomach cancers, who have lower levels of this protein in their tumours had higher chances of survival.*

They also found that blocking the action of this protein in mice with cancer increased their response to treatments including checkpoint inhibitors, a major immunotherapy.

Caetano Reis e Sousa, author and group leader of the Immunobiology Laboratory at the Crick, says: “The interaction between tumour cells, the surrounding environment and the immune system is a complex picture. And although immunotherapies have revolutionised the way certain cancers are treated, there’s still a lot to understand about who is most likely to benefit.

“It’s exciting to find a previously unknown mechanism for how our body recognises and tackles tumours. This opens new avenues for developing drugs that increase the number of patients with different types of cancer who might benefit from innovative immunotherapies.”

This work builds on the team’s research into dendritic cell biology. These cells absorb debris from dead cancer cells and hold them internally in pockets called phagosomes. Binding to a protein on the debris, F-actin, triggers these pockets to burst, releasing the debris into the cell where they can be processed and moved to the surface to signal the presence of a tumour to nearby T-cells.

When the researchers examined the activity of secreted gelsolin, they found the protein outcompetes a key dendritic cell receptor, blocking its ability to bind to F-actin and therefore the ability of the dendritic cells to initiate a T-cell response.

“Dendritic cells play a vital role in the immune system and our body’s response to cancer,” says Evangelos Giampazolias, author and postdoc in the Immunobiology Laboratory at the Crick. “Understanding this process in more detail will enable us to identify how cancers are able to hide and how we might remove their disguise.”

Oliver Schulz, author and research scientist in the of the Immunobiology Laboratory at the Crick says, “While secreted gelsolin circulates in healthy blood plasma, some cancer cells secrete really high levels of it — so these tumours are launching an anti-immune defence which helps them avoid killer T-cells.

“Reducing levels of this protein will help alleviate the competition for binding to F-actin and allow dendritic cells to communicate their vital message.”

The researchers will continue this work, trying to develop a potential therapy that targets the secreted gelsolin in the tumour without affecting the activity of this protein in other parts of the body.