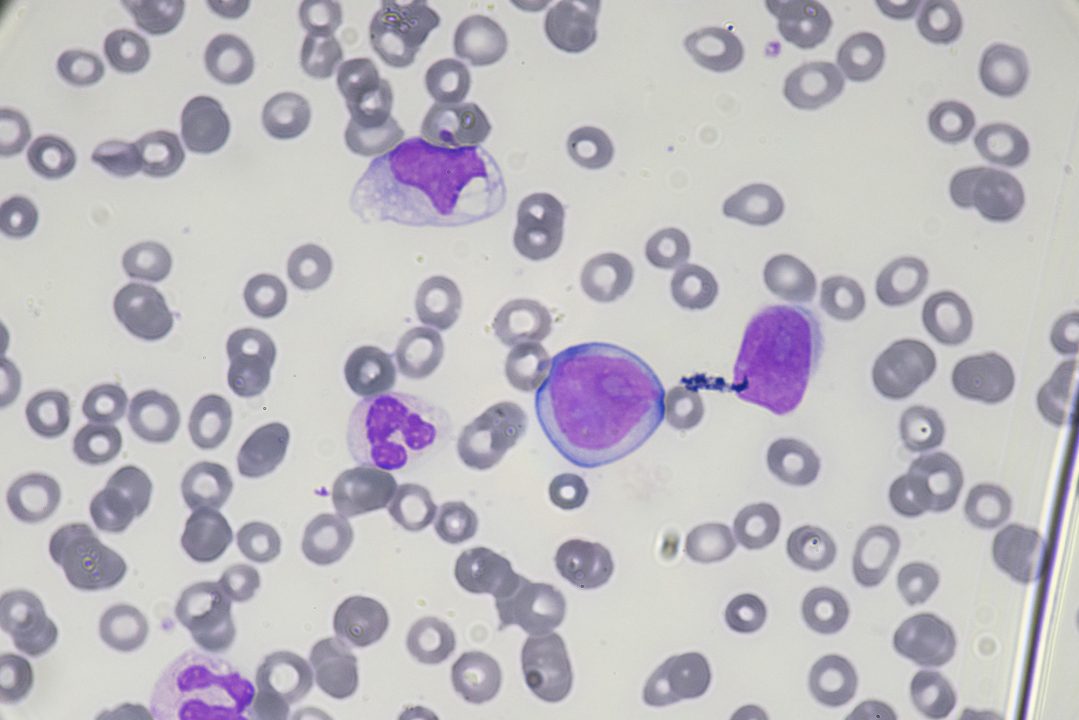 The findings appeared on Dec. 2020 in the NEJM/New England Journal of Medicine.

“CC-486 maintenance therapy provided a significant prolongation of both overall and relapse-free survival among older patients with AML who were in remission after intensive chemotherapy with or without consolidation therapy,” the authors said.

As background, the authors noted that while induction chemotherapy leads to remission in many older patients, relapse occurs often and overall survival in this group is poor.

The investigators conducted a phase 3, randomized, double-blind, placebo-controlled trial of oral azacitidine (CC-486, a hypomethylating agent that is not bioequivalent to injectable azacitidine), as maintenance therapy for patients with AML experiencing first remission after intensive chemotherapy.

Patients who were age 55 or older (472 total), who had achieved complete remission with or without complete blood count recovery, and who were not candidates for hematopoietic stem-cell transplantation were randomized to CC-486 (300 mg, n=238) or placebo (n=234) once daily for 14 days per 28-day cycle.

The researchers reported that median overall survival from the time of randomization was significantly longer for subjects treated with CC-486 compared with placebo (24.7 months and 14.8 months, respectively; P<0.001).

They also reported that median relapse-free survival was significantly longer with CC-486 than with placebo (10.2 months and 4.8 months, respectively; P<0.001).

Overall health-related quality of life did not deteriorate during CC-486 treatment.

Lead investigator Professor Andrew Wei from Monash University’s Australian Centre for Blood Diseases in Melbourne, said the NEJM-reported findings could establish a new standard of care for older patients with AML, “because our findings show that CC-486 significantly delays recurrence of the disease, thereby prolonging survival and without impacting on quality of life. This is a very significant advance because the drug is easy to administer and means that adults with AML don’t have to spend extra time in hospital.”