Home  ›  News  ›  Medicines and Therapeutics  ›  Nutrition  ›  Only alcohol – not caffeine, diet or lack of sleep – might trigger heart rhythm condition

Only alcohol – not caffeine, diet or lack of sleep – might trigger heart rhythm condition 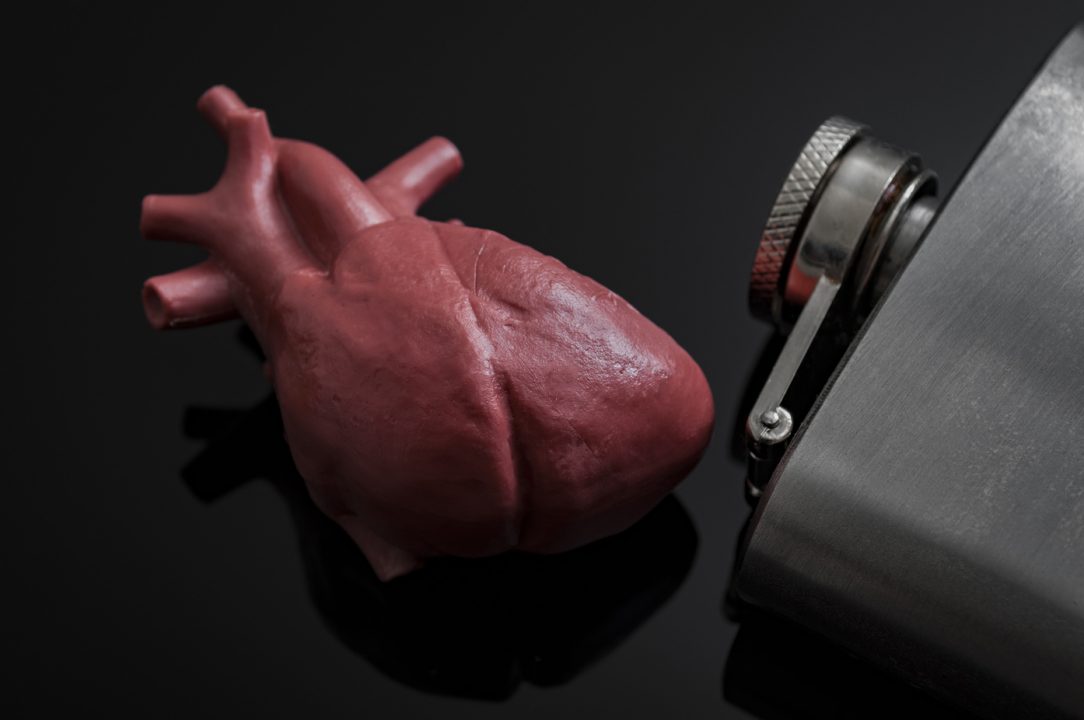 New research from UC San Francisco that tested possible triggers of a common heart condition, including caffeine, sleep deprivation and sleeping on the left side, found that only alcohol use was consistently associated with more episodes of the heart arrhythmia.

The authors conclude that people might be able to reduce their risk of atrial fibrillation (AF) by avoiding certain triggers.

The study is published in JAMA Cardiology and was presented November 14, 2021, at the annual Scientific Sessions of the American Heart Association.

Researchers were surprised to find that although most of the things that participants thought would be related to their AF were not, those in the intervention group still experienced less arrhythmia than the people in a comparison group that was not self-monitoring.

“This suggests that those personalized assessments revealed actionable results,” said lead author Gregory Marcus, MD, professor of medicine in the Division of Cardiology at UCSF. “Although caffeine was the most commonly selected trigger for testing, we found no evidence of a near-term relationship between caffeine consumption and atrial fibrillation. In contrast, alcohol consumption most consistently exhibited heightened risks of atrial fibrillation.”

Atrial fibrillation contributes to more than 150,000 deaths in the United States each year, reports the federal Centers for Disease Control and Prevention, with the death rate on the rise for more than 20 years.

To learn more about what patients felt was especially important to study about the disease, researchers held a brainstorming session in 2014. Patients said researching individual triggers for AF was their top priority, giving rise to the I-STOP-AFib study, which enabled individuals to test any presumed AF trigger. About 450 people participated, more than half of whom (58 percent) were men, and the overwhelming majority of whom were white (92 percent).

Participants in the randomized clinical trial utilized a mobile electrocardiogram recording device along with a phone app to log potential triggers like drinking alcohol and caffeine, sleeping on the left side or not getting enough sleep, eating a large meal, a cold drink, or sticking to a particular diet, engaging in exercise, or anything else they thought was relevant to their AF. Although participants were most likely to select caffeine as a trigger, there was no association with AF. Recent research from UCSF has similarly failed to demonstrate a relationship between caffeine and arrhythmias — on the contrary, investigators found it may have a protective effect.

The new study demonstrated that consumption of alcohol was the only trigger that consistently resulted in significantly more self-reported AF episodes.

The individualized testing method, known as n-of-1, did not validate participant-selected triggers for AF. But trial participants did report fewer AF episodes than those in the control group, and the data suggest that behaviors like avoiding alcohol could lessen the chances of having an AF episode.

“This completely remote, siteless, mobile-app based study will hopefully pave the way for many investigators and patients to conduct similar personalized “n-of-1″ experiments that can provide clinically relevant information specific to the individual,” said Marcus.