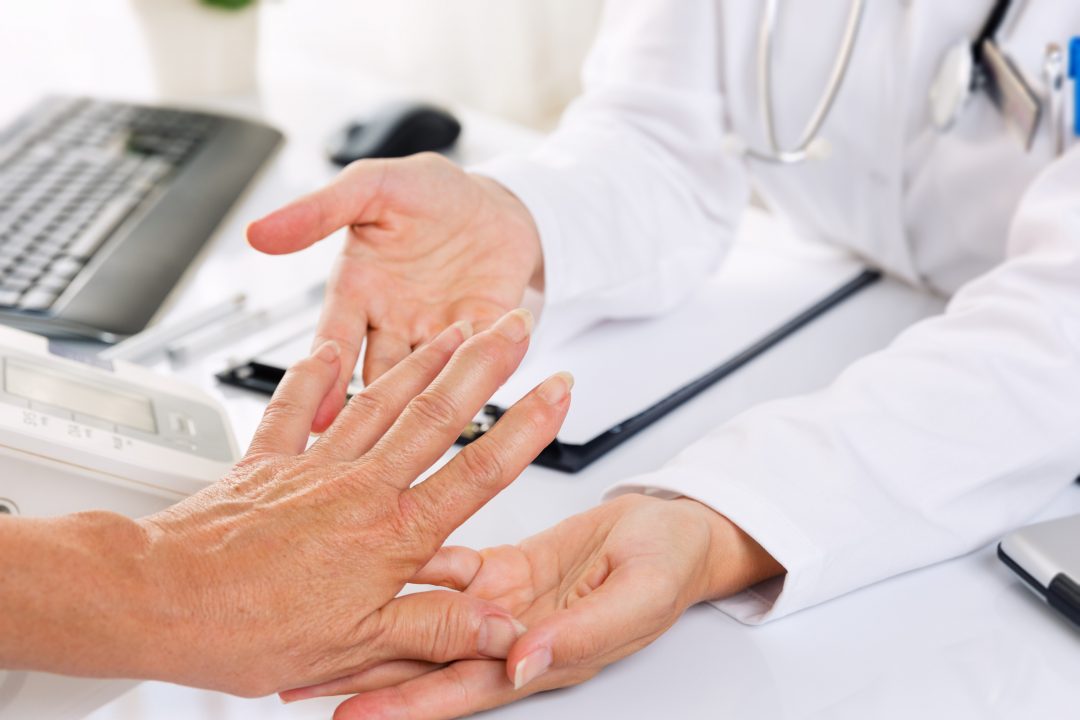 Despite guidelines that call for early and aggressive treatment of rheumatoid arthritis, a new study suggests many older adults are not prescribed disease-modifying medications for their inflammatory autoimmune disease.

Researchers at Michigan Medicine used the National Ambulatory Medical Care Survey to analyze all ambulatory visits for rheumatoid arthritis by adults 65 years of age and older, representing 7.8 million visits from 2005 to 2016. They found that only 45% of patients were prescribed disease-modifying antirheumatic drugs, like methotrexate, which are used to treat inflammation caused by several diseases. The results are published in ACR Open Rheumatology.

“These medications have really changed the landscape of rheumatology, allowing low disease activity and remission to be achieved in people with rheumatoid arthritis, and now there needs to be a shifting consideration of how we can better target their use among older adults,” said Jiha Lee, M.D., M.H.S., lead author of the paper and a rheumatologist at U-M Health. “The prescription rates for these disease-modifying drugs have improved over the past few decades, but there is more work to be done to ensure older adults are on optimized treatment.”

Data from the 1990s and early 2000s estimate these drugs were prescribed to fewer than 30% of older adults with rheumatoid arthritis. Researchers say the rise in prescriptions likely reflects a shift towards early treatment and expanded Medicare coverage. Despite this recent increase, Lee says, prescription practices of both rheumatologists and primary care physicians fall below the standard set by the American College of Rheumatology, which advocates that most rheumatoid arthritis patients receive some form of disease-modifying antirheumatic drugs.

“When you look at younger adults with this condition, more than 70 to 80% are on some form of treatment,” said Lee, who is also an assistant professor of rheumatology at University of Michigan Medical School. “Prescribing for older adults is challenging because polypharmacy and multimorbidity are common, and this population is more prone to the negative effects of disease-modifying drugs. However, we should be cautious older adults do not experience more pain and deformities that really limit their functioning because of undertreatment.”

Around 20% of patients not prescribed disease-modifying antirheumatic drugs took only steroids for their rheumatoid arthritis, which is known to cause pain and stiffness in the joints. Experts advise against the use of steroids, which can increase the possibility of gastric ulcer, poor glycemic control, and osteoporosis and subsequent fracture.

Disease-modifying antirheumatic drugs also come with potential drawbacks. They are considered immunomodulatory or immunosuppressant medications; as they combat inflammation caused by the disease, they stifle the immune system and increase the risk of serious infections. The benefits provided by these medications, Lee says, need to be carefully weighed against their risks, especially in older adults.

“This study highlights the important role that rheumatologists play in providing optimal treatment for the older rheumatoid arthritis patients,” said Raymond Yung, M.B., Ch.B., co-author of the paper and chief of the Division of Geriatric and Palliative Medicine at U-M Health. “Unfortunately, the results also shows that ageism continues to exist in our health systems that has impacts on the care that patients receive.”

The findings come at a time in which rheumatologists are in high demand. In many regions, access to rheumatologists is limited, as the field contends with a shortfall in the workforce. For this reason, Lee says, primary care physicians also play an important role in recognizing the symptoms for early diagnosis, making referrals to rheumatologists and, at times, initiating treatment for older adults with rheumatoid arthritis.

“The world population is aging, and rheumatologists must be prepared to care for older adults with rheumatic diseases while addressing additional diseases and medications they may have,” she said. “We can work more closely with primary care providers and learn from our colleagues in geriatrics and adopt age-friendly approaches to improve prescribing practices for older adults with rheumatoid arthritis.”