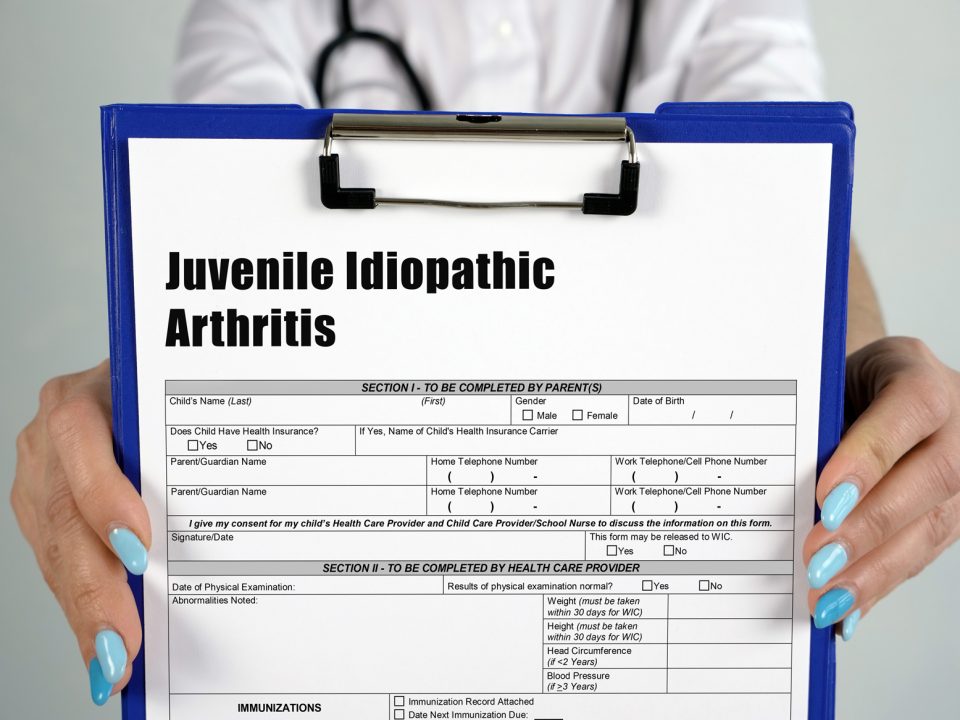 New research presented this week at ACR Convergence, the American College of Rheumatology’s annual meeting, shows that biologics were the most common initial treatment prescribed to treat systemic juvenile idiopathic arthritis (JIA) patients in one major registry, and more than half of young patients taking a biologic had excellent short-term outcomes from their treatment (Abstract #0242).

Systemic JIA affects about 10% of children with arthritis. It begins with repeating fevers often accompanied by intermittent rashes. Systemic JIA may cause inflammation of the internal organs as well as the joints, though joint swelling may not appear until months or even years after the fevers began. Arthritis may persist even after the fevers and other symptoms have disappeared in these young patients.

“Randomized clinical trials have demonstrated the efficacy of IL-1 and IL-6 inhibitors for the treatment of systemic JIA, but these studies did not enrol patients at the time of diagnosis. The development and evaluation of the consensus treatment plans aimed to address questions about the timing of initiation of biologic therapies,” says Tim Beukelman, MD, MSCE, Associate Professor, Division of Paediatric Rheumatology at the University of Alabama Birmingham and the study’s co-author. “Conducting this study within the CARRA Registry increased the efficiency of patient enrolment and will enable relatively easy evaluation of long-term outcomes.”

Seventy-three patients were enrolled, including 63 who initiated treatment with a biologic, either an IL-1 or IL-6 inhibitor, and 10 whose initial treatment was either glucocorticoids alone or glucocorticoids with methotrexate. Their initiation of biologic therapy ranged from seven days before they enrolled in the study to 61 days after enrolment, with 75% initiating biologic treatment within one day after enrolment. Eight out of 59 patients who started on an IL-1 inhibitor later switched to an IL-6 drug, while no patients switched from an IL-6 to an IL-1 drug.

Five patients in the glucocorticoid and methotrexate treatment groups eventually began biologic therapy during the study period, ranging from 10 to 101 days later. Treatment outcomes were tracked for nine months for all except 16 of the patients. Overall, 57% of the patients in the study met the primary outcome of clinical inactive disease without current glucocorticoid use. In addition, 75% had disease activity scores of 2.5 or lower, with no fever and no current glucocorticoid use. There were 16 safety events seen in the study, and all were in patients taking a biologic, including six episodes of macrophage activation syndrome (MAS). One patient died of acute liver failure.

Initial treatment with a biologic was the most common approach for systemic JIA patients in this registry, a tremendous shift in treatment practice since the four consensus treatment plans were originally published in 2012. Most patients in this study who did not start a biologic initially switched within a few months of their diagnosis, and more than half to 75% of patients had excellent outcomes.

“Physicians and patients and their families should be comforted to know that initial treatment with biologics has become a standard treatment approach for systemic JIA and results in excellent short-term outcomes for the majority of patients,” says Dr. Beukelman. “Continued research is needed to assess long-term outcomes and confirm the safety of IL-1 and IL-6 inhibitors.”