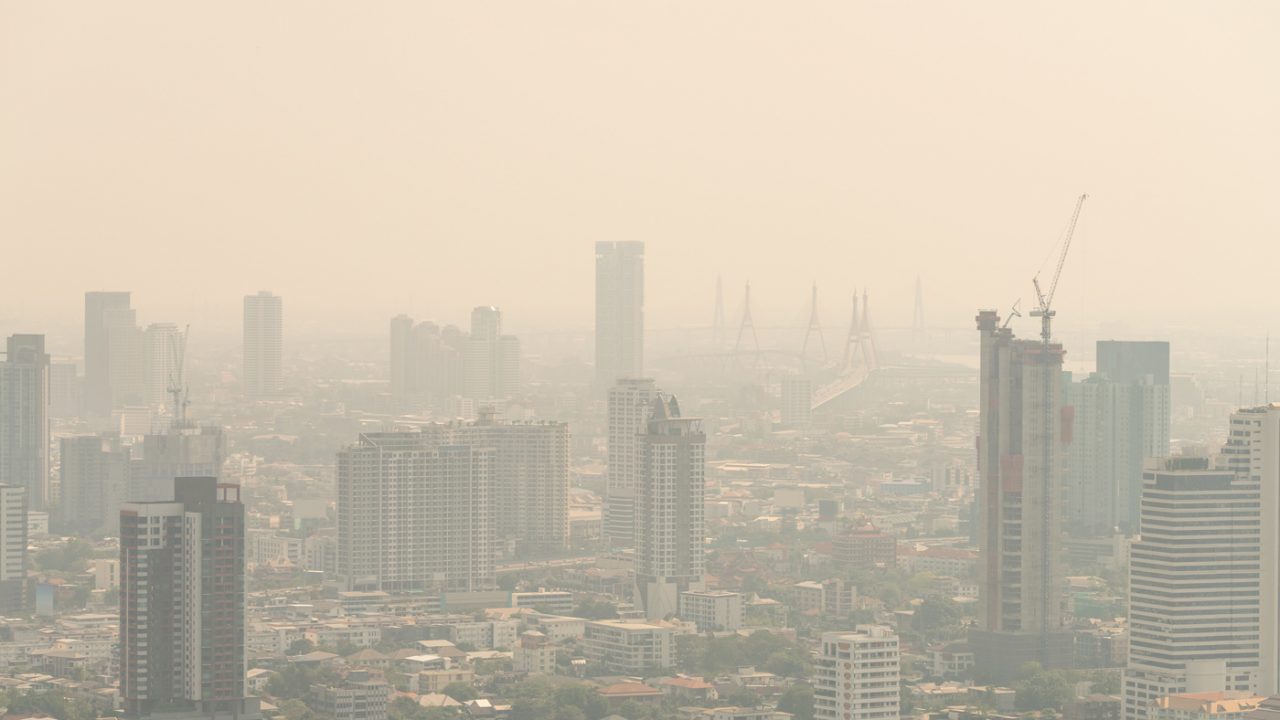 The haze that blurs a blue sky or a beautiful skyline is caused by tiny particles called PM2.5. PM2.5 describes particulate matter, often made from pollution, less than 2.5 microns wide. Despite their microscopic size, PM2.5 are responsible for more than 4 million premature deaths every year. A new study in Nature Communications led by Japanese researchers shows that the pollution caused by consumption in the world’s biggest economies leads to half of those deaths.

Their very small size is what makes PM2.5 so dangerous. Easily inhalable, they accumulate inside the lungs, where they severely increase the risk of cancer and other deadly diseases. Yet it is the poor that are especially vulnerable to PM2.5 and die prematurely.

“Most deaths are in developing countries, and without international coordination the situation will worsen,” said Dr. Keisuke Nansai, Research Director at the Material Flow Innovation Research Program of the National Institute for Environmental Studies in Japan, who had been a visiting professor at ISA of the University of Sydney, and one of the lead authors of the study.

While most countries acknowledge they contribute to PM2.5 levels, there is little agreement on how much and thus their financial responsibility. In particular, far harder to measure than the direct production of PM2.5 by factories and cars is the amount caused by consumption.

This is a vital question to answer, says Nansai. Unlike direct production, which first affects the producing nation and then spreads across borders to neighbouring nations, the PM2.5 caused by consumption may originate in distant nations and have negligible effects on the consuming nation.

“Pollution in the form of production emissions creates a motive to implement joint PM2.5 reduction measures in neighbouring countries. Such cooperation is unlikely among countries that are geographically distinct,” said Nansai.

G20 members make up more than three quarters of international trade and the world’s economic output. Therefore, Nansai and his colleagues reasoned, understanding the impact the consumption of these nations has on PM2.5 levels would provide a reliable benchmark.

Using Eora, a database made nearly a decade earlier to measure global supply chains around the world, the study mapped out the emissions made by consumption alone.

COVID-19, the pandemic that has changed the world, is a respiratory disease that is most lethal to the elderly. Similarly, the premature victims of PM2.5 are also mostly elderly. However, unlike COVID-19, the study found another group alarmingly susceptible to the PM2.5 produced by consumption.

“We found that the consumption of G20 nations was responsible for 78,000 premature deaths of infants [up to 5 years old] worldwide,” noted Nansai.

Nansai and his colleagues stress that if consumption is not considered, then most countries will not think they should pay any penalty for these deaths.

“As long as responsibility for infant deaths due to production emissions is the only issue pursued, we can find no rationale for nations to confront the mass death of infants [in faraway nations],” they write in the study.

Finally, to emphasize the impact that PM2.5 levels from consumption level alone has on human health, the study concluded that the lifetime consumption of 28 people in G20 nations will cause the premature death of one person worldwide.