Molnupiravir – what you need to know 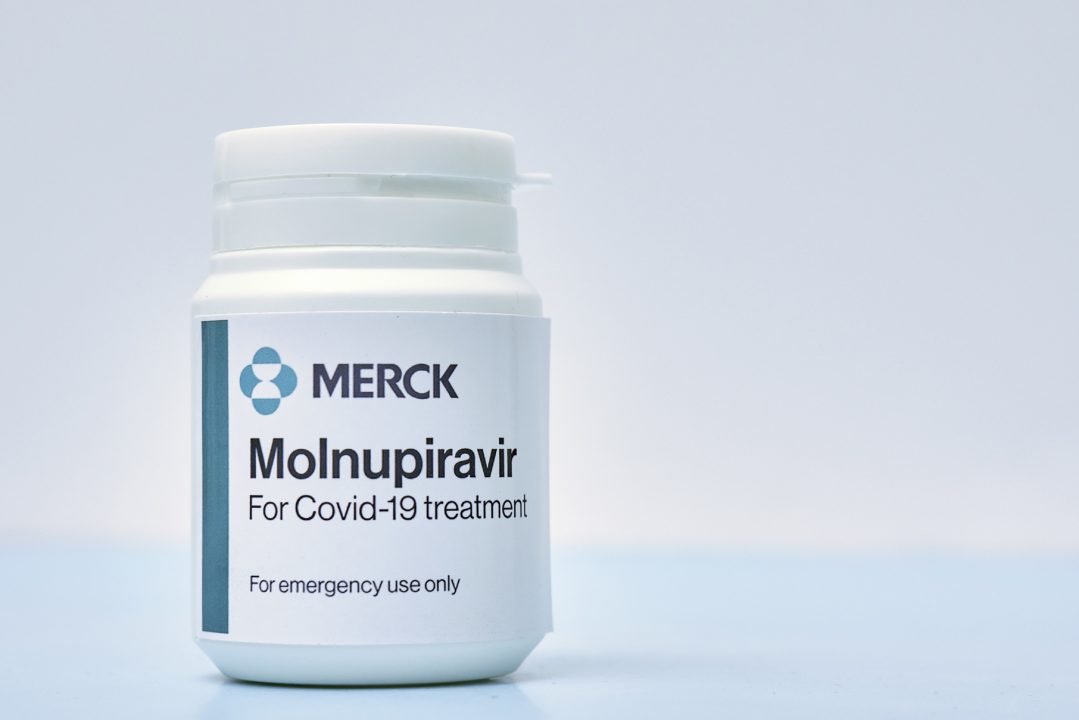 Molnupiravir has been approved by the MHRA for early treatment of mild-moderate covid-19 in vulnerable adults, it was announced on 4th November.

It is good news that at last the Government and the pharma industry have recognised the need for early treatment of covid-19. Health care practitioners will doubtless be having to answer questions about this so IMI has prepared this short briefing.

Molnupiravir is an orally-active prodrug for N4-hydroxycytidine (NHC) – an antiviral ribonucleoside analogue that acts as a competitive substrate for virally encoded RNA-dependent RNA polymerase (RdRp). The ribonucleoside form of NHC (rNHC) has the ability to pair as either cytidine or uridine, thereby introducing mutations.

Basically, this means that when RNA is being assembled NHC is substituted in place of cytidine. This is sufficiently close to the correct nucleoside that the viral proof-reading enzyme does not remove it, but it results in a nonsense version of the RNA and slows or stops viral replication. This process is described as ‘lethal mutagenesis’ or ‘error catastrophe’.

NHC has powerful in vitro and in vivo activity against a number of RNA viruses. It is more than 100-fold more active than ribavirin or favipiravir against severe acute respiratory syndrome coronavirus 2 (SARS-CoV-2), with antiviral activity

correlated to the level of mutagenesis in virion RNA.1

So far so good.

What could possibly go wrong?

Due to their mechanism of action, there is a possibility that mutagenic ribonucleoside analogues could be metabolised by the host cell and then incorporated into DNA, leading to mutagenesis of the host.1 It follows that the mutagenic activity of rNHC in vivo would be limited to dividing cells where the synthesis of DNA precursors is ongoing.

Others have expressed concern about the possibility of the emergence of supercharged variants – viable, mutated viruses as a result of molnupiravir treatment. They argue that the companies behind the drug must provide data on the effects of mutagenesis at suboptimal doses in primate and rodent models.

On 1st October 2021 Merck (MSD) and Ridgeback Biotherapeutics announced that early treatment with molnupiravir reduced the relative risk of hospitalization or death by approximately 50% in at-risk, non-hospitalized adult patients with mild-to-moderate COVID-19, according to the interim analysis of the Phase 3 MOVe-OUT trial (NCT04575597). The results showed that 7.3% of patients who received molnupiravir (800mg, 12-hourly for five days) were either hospitalized or died by Day 29 following randomization (28/385), compared with 14.1% of placebo-treated patients (53/377); p=0.0012. There were no deaths in the molnupiravir group compared to eight deaths in the placebo group. At the recommendation of an independent Data Monitoring Committee and in consultation with the U.S. Food and Drug Administration (FDA), recruitment into the study was stopped.

Women who were pregnant, breastfeeding, or anticipating becoming pregnant were excluded from the trial. Men who enrolled in the trial were instructed not to have unprotected sex with women for at least four days after the last dose of drug.

Other commentators noted that, “From a methodological perspective, a trial with a small number of events that is stopped early for apparent treatment effects might be prone to the risk of overestimation”.2 In this trial the total number of outcome events was 81.

The UK Government has been quick to seize the initiative here. On 4th November it announced that molnupiravir had been approved by the MHRA for use in people who have mild to moderate COVID-19 and at least one risk factor for developing severe illness. Such risk factors include obesity, older age (>60 years), diabetes mellitus, or heart disease.

“Following a rigorous review of the data by our expert scientists and clinicians, we are satisfied that Lagevrio (molnupiravir) is safe and effective for those at risk of developing severe COVID-19 disease and have granted its approval.

“Lagevrio is another therapeutic to add to our armoury against COVID-19. It is also the world’s first approved antiviral for this disease that can be taken by mouth rather than administered intravenously. This is important, because it means it can be administered outside of a hospital setting, before COVID-19 has progressed to a severe stage.

“With no compromises on quality, safety and effectiveness, the public can trust that the MHRA has conducted a robust and thorough assessment of the data.”

The MHRA points out that Lagevrio is not intended to be used as a substitute for vaccination against COVID-19.

The Government and the NHS will confirm how this COVID-19 treatment will be deployed to patients in due course.

There is no information on the cost of molnupiravir in the UK. However, the United States has agreed to purchase 1.7 million courses of molnupiravir for US$1.2 billion, which works out to about $700 per 5-day course. That is far less than the price of remdesivir or monoclonal antibodies, but still many times more than the cost of other drugs that have been successful in early treatment of covid-19. Drugs such as ivermectin, indomethacin and fluvoxamine have all proved highly effective in early treatment of covid-19 and have the advantage of good safety profiles and low acquisition costs.3,4,5 It would seem prudent to weigh the costs, benefits and risks of molnupiravir against these drugs before the purchasing decisions are made.