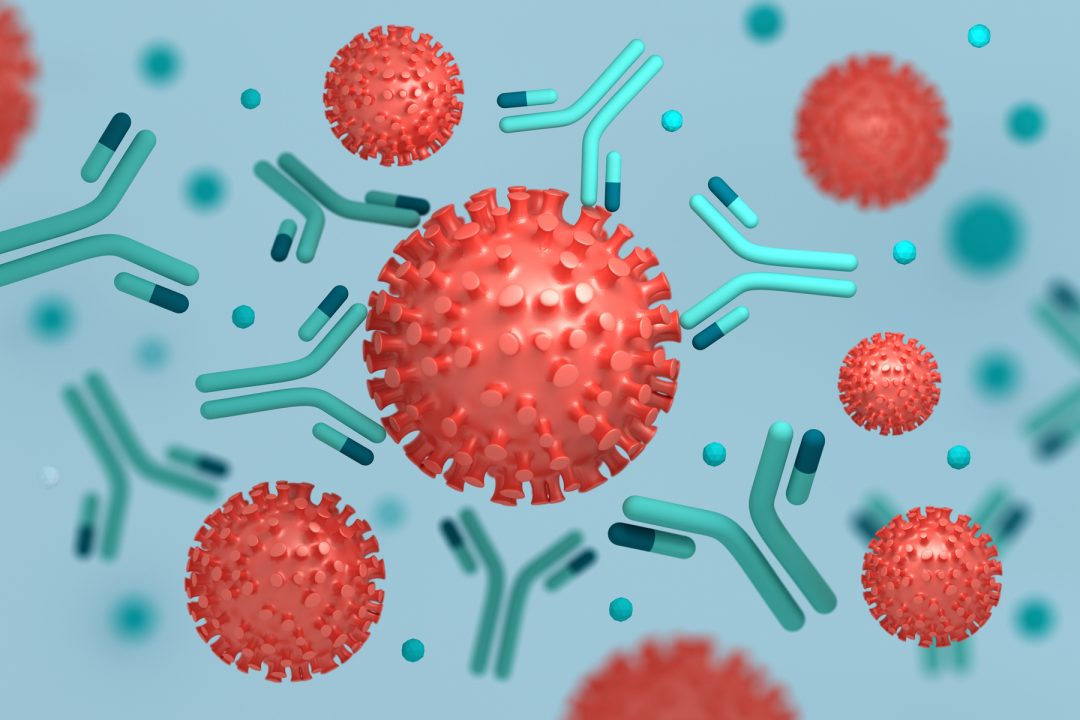 Months after recovering from mild cases of COVID-19, people still have immune cells in their body pumping out antibodies against the virus that causes COVID-19, according to a study from researchers at Washington University School of Medicine in St. Louis. Such cells could persist for a lifetime, churning out antibodies all the while.

The findings, published May 24 in the journal Nature, suggest that mild cases of COVID-19 leave those infected with lasting antibody protection and that repeated bouts of illness are likely to be uncommon.

“Last fall, there were reports that antibodies wane quickly after infection with the virus that causes COVID-19, and mainstream media interpreted that to mean that immunity was not long-lived,” said senior author Ali Ellebedy, PhD, an associate professor of pathology & immunology, of medicine and of molecular microbiology. “But that’s a misinterpretation of the data. It’s normal for antibody levels to go down after acute infection, but they don’t go down to zero; they plateau. Here, we found antibody-producing cells in people 11 months after first symptoms. These cells will live and produce antibodies for the rest of people’s lives. That’s strong evidence for long-lasting immunity.”

During a viral infection, antibody-producing immune cells rapidly multiply and circulate in the blood, driving antibody levels sky-high. Once the infection is resolved, most such cells die off, and blood antibody levels drop. A small population of antibody-producing cells, called long-lived plasma cells, migrate to the bone marrow and settle in, where they continually secrete low levels of antibodies into the bloodstream to help guard against another encounter with the virus.

The key to figuring out whether COVID-19 leads to long-lasting antibody protection, Ellebedy realized, lies in the bone marrow. To find out whether those who have recovered from mild cases of COVID-19 harbor long-lived plasma cells that produce antibodies specifically targeted to SARS-CoV-2, the virus that causes COVID-19, Ellebedy teamed up with co-author Iskra Pusic, MD, an associate professor of medicine. Ellebedy already was working with co-authors Rachel Presti, MD, PhD, an associate professor of medicine, and Jane O’Halloran, MD, PhD, an assistant professor of medicine, on a project to track antibody levels in blood samples from COVID-19 survivors.

The team already had enrolled 77 participants who were giving blood samples at three-month intervals starting about a month after initial infection. Most participants had had mild cases of COVID-19; only six had been hospitalized.

As expected, antibody levels in the blood of the COVID-19 participants dropped quickly in the first few months after infection and then mostly leveled off, with some antibodies detectable even 11 months after infection. Further, 15 of the 19 bone marrow samples from people who had had COVID-19 contained antibody-producing cells specifically targeting the virus that causes COVID-19. Such cells could still be found four months later in the five people who came back to provide a second bone-marrow sample. None of the 11 people who had never had COVID-19 had such antibody-producing cells in their bone marrow.

“People with mild cases of COVID-19 clear the virus from their bodies two to three weeks after infection, so there would be no virus driving an active immune response seven or 11 months after infection,” Ellebedy said. “These cells are not dividing. They are quiescent, just sitting in the bone marrow and secreting antibodies. They have been doing that ever since the infection resolved, and they will continue doing that indefinitely.”

People who were infected and never had symptoms also may be left with long-lasting immunity, the researchers speculated. But it’s yet to be investigated whether those who endured more severe infection would be protected against a future bout of disease, they said.

“It could go either way,” said first author Jackson Turner, PhD, an instructor in pathology & immunology. “Inflammation plays a major role in severe COVID-19, and too much inflammation can lead to defective immune responses. But on the other hand, the reason why people get really sick is often because they have a lot of virus in their bodies, and having a lot of virus around can lead to a good immune response. So it’s not clear. We need to replicate the study in people with moderate to severe infections to understand whether they are likely to be protected from reinfection.”