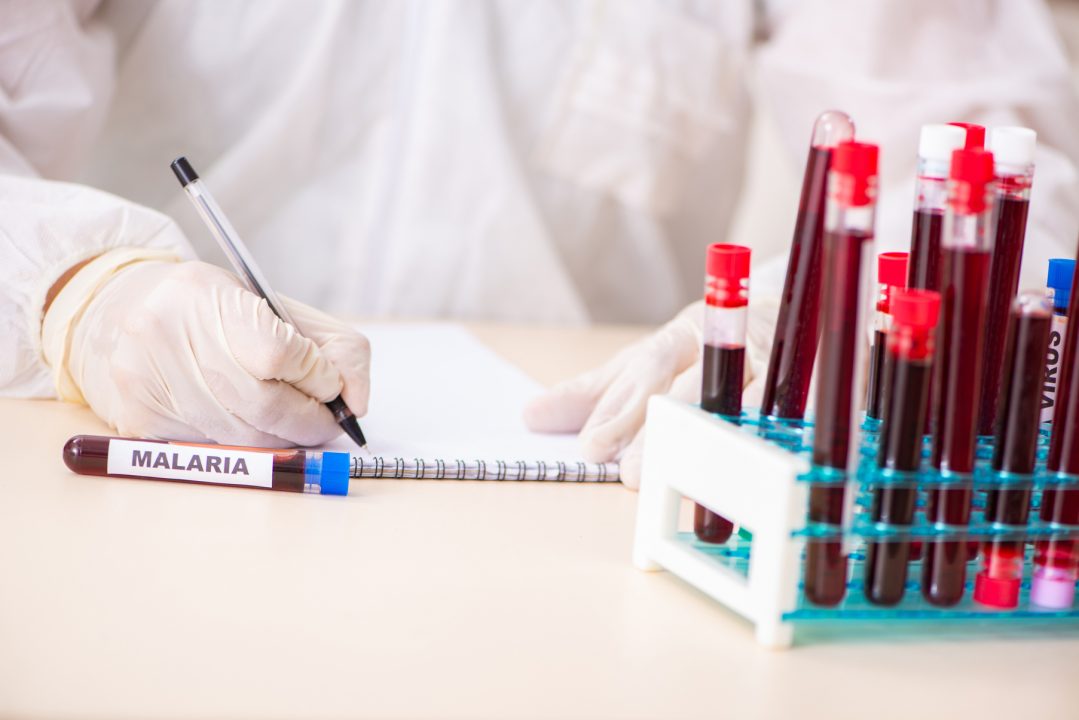 Two U.S. Phase 1 clinical trials of a novel candidate malaria vaccine have found that the regimen conferred unprecedentedly high levels of durable protection when volunteers were later exposed to disease-causing malaria parasites. The vaccine combines live parasites with either of two widely used antimalarial drugs–an approach termed chemoprophylaxis vaccination. A Phase 2 clinical trial of the vaccine is now underway in Mali, a malaria-endemic country. If the approach proves successful there, chemoprophylaxis vaccination, or CVac, potentially could help reverse the stalled decline of global malaria. Currently, there is no vaccine in widespread use for the mosquito-transmitted disease.

The trials were conducted at the National Institutes of Health (NIH) Clinical Center in Bethesda, Maryland. They were led by Patrick E. Duffy, M.D., of the NIH National Institute of Allergy and Infectious Diseases (NIAID), and Stephen L. Hoffman, M.D., CEO of Sanaria Inc., Rockville, Maryland.

The Sanaria vaccine, called PfSPZ, is composed of sporozoites, the form of the malaria parasite transmitted to people by mosquito bites. Sporozoites travel through blood to the liver to initiate infection. In the CVac trials, healthy adult volunteers received PfSPZ along with either pyrimethamine, a drug that kills liver-stage parasites, or chloroquine, which kills blood-stage parasites. Three months later, under carefully controlled conditions, the volunteers were exposed to either an African malaria parasite strain that was the same as that in the vaccine (homologous challenge) or a variant South American parasite (heterologous challenge) that was more genetically distant from the vaccine strain than hundreds of African parasites. Exposure in both cases was via inoculation into venous blood, which infects all unvaccinated individuals.